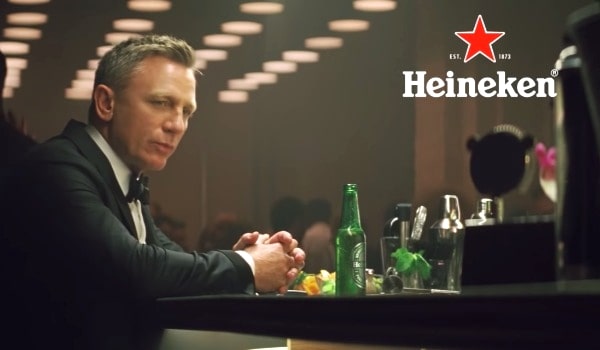 When James Bond moves, everyone pays attention. As arguably the best known film franchise of all time, with a combined unadjusted gross of nearly $7 billion, James Bond has set the pace for earnings, consistency and remaining an event that few long-term franchises can match.

When three studios – MGM, Universal and Bond producers Michael G Wilson and Barbara Broccoli – announced the postponed release of No Time To Die, from April 10 to November 12th, the world took notice. Covid-19, the apparent epidemic that has been shuttering cinemas in China and Italy to date, was not mentioned. But even a juggernaut like Bond doesn’t exist in a vacuum. 007 is part of a global marketplace – a big fish in a big pond.

According to Dimitrios Mitsinikos, Founder and CEO of Gower Street Analytics, the November date is not such a surprise. “In general, films move for two key reasons: delays in the production or as a reaction to the market landscape,” says Mitsinkos, “We, along with the rest of the industry, were expecting No Time To Die to be one of the $1B-plus films of the year. Even if we ignore the rest of the markets and effect the Covid-19 virus has in their box office, China cannot be ignored. China generated approximately 10% of the Global box office of Spectre.”

Adding the risk in other markets, this decision makes sense. The forth quarter of the release calendar has been home to Bond throughout this century. A U.S. launch on November 25, 2020, right around Thanksgiving, gives American audiences good reason to step away from their turkey and football to find adventure and excitement that they’ve always expected from the world’s favourite spy.

However, when a Bond title moves in the calendar, other titles get out of the way. But given the abrupt nature of this move and the market conditions determined by previously unknown factors, this may not be the future outcome. What we can expect is that the autumn months of 2020 will see more competition between titles than expected.

“A side-effect of these moves is that we see a vacuum being created at the beginning of Q2. This will cause a drop in the total market box office, but the remaining titles will benefit significantly,” says Mitsinikos.

As the Bond show was well under way in terms of marketing, product placement and other commercial associations – including Daniel Craig’s high profile appearance hosting the iconic late night show Saturday Night Live – the decision was not taken lightly. Also, typical of Bond’s protection of its brand and identity, marketing the legendary spy is no easy task.

“Many external partners…have locked millions on their own campaigns around the April date,” Mitsinikos adds.

But no film lives without being shown, at least not for long. As it is likely that more blockbusters will head to release late in 2020. Something as small as a virus is turning this movie year into one of the most challenging cinema years in recent memory.