Want To Build Your Own Cinema? Now There is a (Free) Book For That.

Most people who work in or around the cinema industry have at some point had the same thought; ‘I could run my own cinema’. Whether large or small, multiplex or bijou , that impulse to build and open your own picture palace can be strong. Only a few of us act on it (hello, Nigel Dennis), but even if you have experience of working in the field of exhibition you might not have all the skills required to pull it off. Now there is a manual of just how to do that, which covers in detail every aspect of what needs to go into an auditorium, including all the different options. Best of all, it is completely free.

“How to Design a Cinema Auditorium” by Rolv Gjestland has the sub title “Practical guidelines for architects, cinema owners and others involved in planning and building cinemas.” It is available to download in PDF form completely free (you don’t even need to register) from the publications website of international cinema trade body UNIC. It will also be available to buy in limited print edition in 2020, with plans to translate it into French and other languages. The book is 67 pages long and covers every aspect of the cinema auditorium and projection room build and operation – though if you also hope for help on how to pop popcorn and sell Coke you won’t find it in this book.

The introduction to the book spells out the aim of the book and also the parameters of what it offers:

The intention of this book is to give architects, cinema owners and managers as well as other people involved in the process of planning and designing cinemas some support in the design process.

Some aspects, especially regarding security, safety and accessibility must comply with local or international regulations. There are also the laws of nature and physics that cannot be changed, such as optics or anthropometry.

The topics discussed mainly focus on design and less on technology, such as projectors, audio equipment, the electrical system or the ventilation system. I have tried to be as neutral as I can, but my personal views might sometimes shine through.

Not all seats can be perfect, and a completely pitch-black screening room might not look so nice. Designing an auditorium always includes a lot of compromises. This little book will hopefully help in achieving the best compromises.

I wish you luck and hope this guide will contribute to the design of great cinema auditoriums, where audiences will be able to enjoy unforgettable experiences. 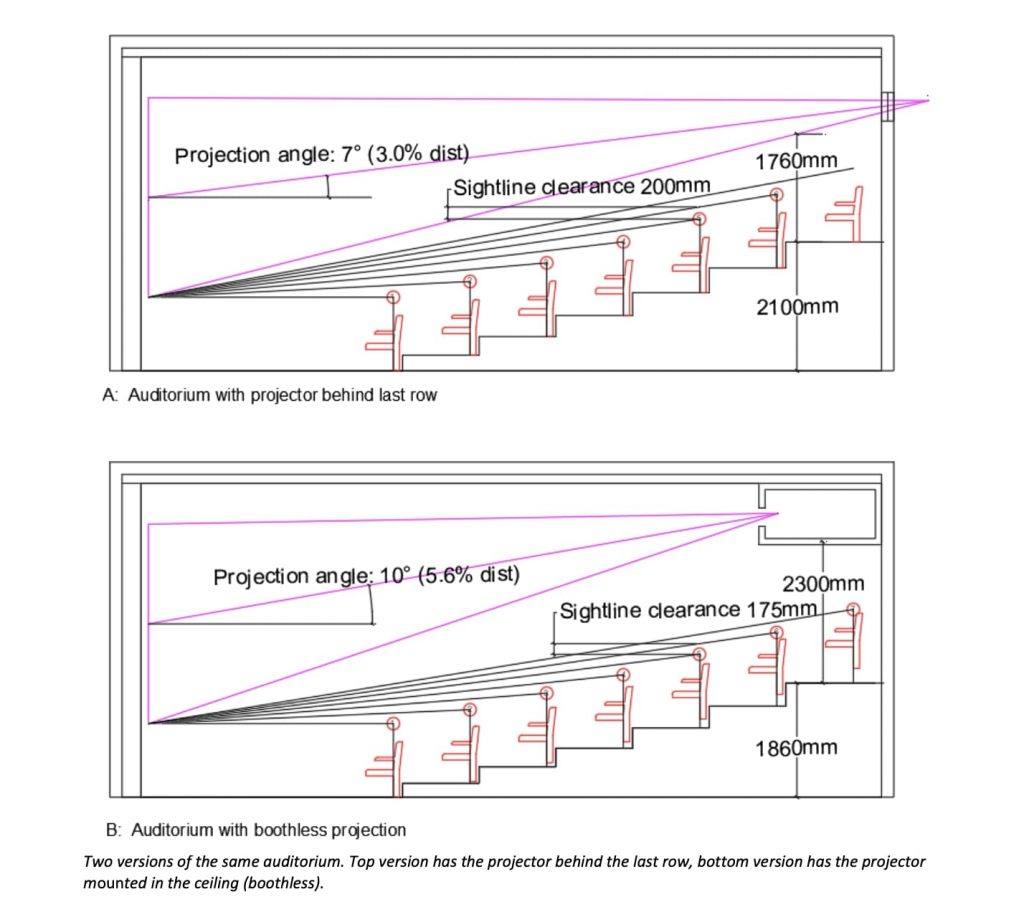 The book was born out of Rolv’s involvement in the European Digital Cinema Forum (EDCF), where he was asked by Julian Pinn to contribute a section to the Best Practices Guide for Image and Sound looking specifically at Architectural Aspect of cinema. Rolv acknowledges and thanks both Julian, as well as Matt Jahans of Harkness and Tom Bert from Barco. Rolv has also been active in the work of UNIC’s Technology Group organised by Guillaume Branders, which is how UNIC came to assist the editing and publishing of the book.

The book is a true soup-to-nuts catalogue of everything to consider when designing and building a cinema auditorium, using today’s (digital) technology for vision and sound. Starting with the screen (shape, aspect ratio, perforation, surface, seam and mounting system, masking and curtains – that’s just the first 17 pages), it then covers projection, port holes (not forgetting direct video displays like Samsung’s Onyx LED), seating, lighting, sound and speakers to accessibility and small details like auditorium exit lights: “Exit signs come in many different shapes and designs. Carefully select a model and placement that is as discreet as possible, not leaving a permanent light spot on the screen. This would be really damaging for the viewing experience.” Amen to that.

The book is written in an accessible style, without skimping on the technical details or dumbing it down. You might think that such a book was superfluous, since most cinema chains have architects, designers, consultants and in-house experts to help them build or refurbish cinemas. Yet in visiting and reviewing cinemas, particularly for our Cinema of the Month feature, we keep encountering elementary design flaws that more often than not are the result of choice or ignorance rather than necessity: hard surfaces that reflect light and audio, floor lights that shine straight at the screen, aisles that divide the centre row in the middle – and that’s all from just one new cinema in Germany (which shall remain nameless). This book is a check-list that can help cinema owners make sure that their contractors deliver them the best possible cinema, given whatever budget, building and regulation constraints. 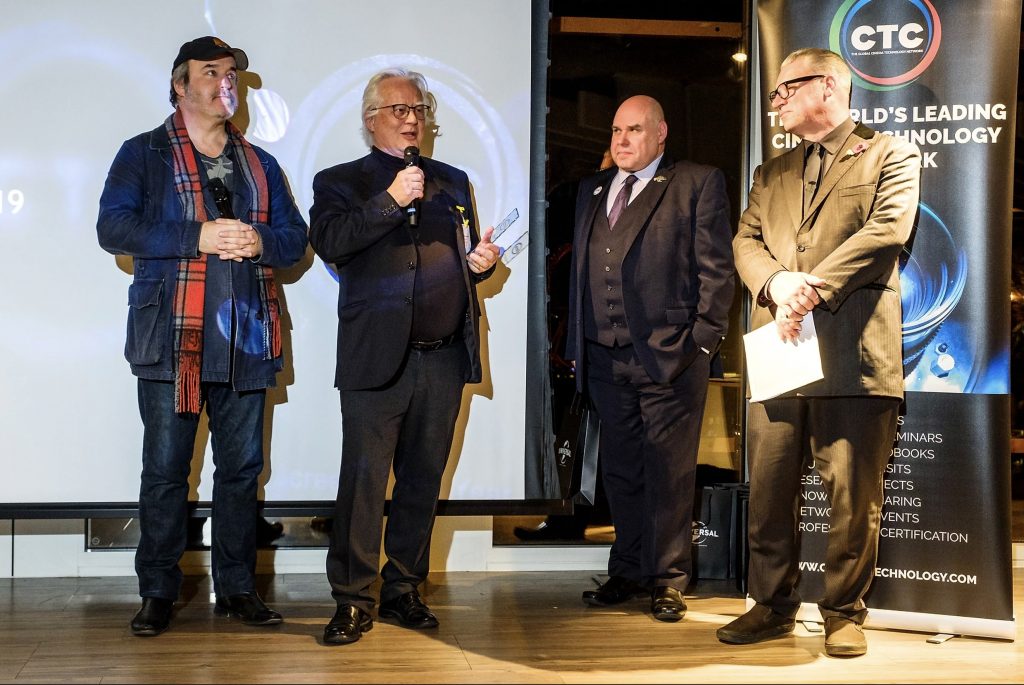 Rolv Gjestland is in many way the perfect man to have written this book. He has been working for Norwegian cinema trade body Film&Kino since the mid 1980s as a consultant for their cinema technology and design. He has been working on helping cinemas come to life for over three decades, working closely with cinema owners and staff, architects, engineers and consultants. Without naming names, Rolv says that he has “seen all the stupid mistakes designers and architects” have made in building cinemas. But he also cautions that “you shouldn’t follow all the rules, otherwise cinemas would [all] be the same,” saying that he is ‘agnostic’ and was not trying to “write a bible”.

The book was launched at the recent UNIC Cinema Days in Brussels. Not long after that Rolv was given a Lifetime Achievement Award at the CTC – Cinema Technology Community’s annual awards fest. He had also been fetted at the annual Film&Kino conference in Norway’s Tromso, where tributes were paid to him for a distinguished career and for giving away this book for free. So even if you don’t dream of building your own cinema, download it read and learn from one the industry’s true experts.