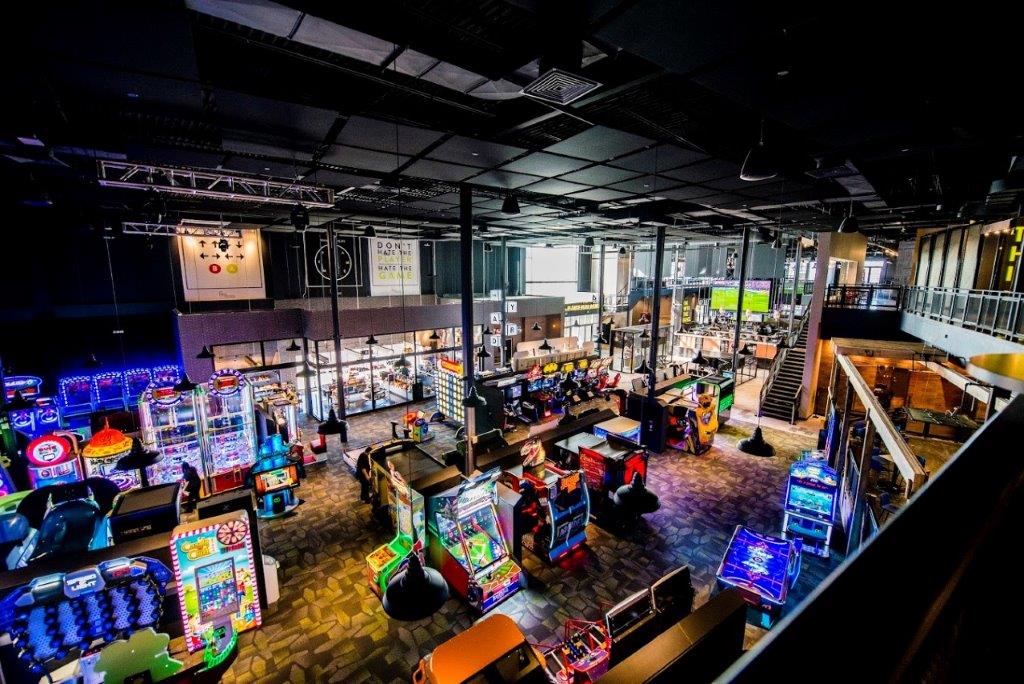 Until Marvel Studios’ “Captain Marvel” swooped in and boosted the global box office, Hollywood was struggling to kickstart 2019 and an uncertain year stretched ahead. Which is perhaps why, at least in part, two international cinema operators are actively diversifying their offering and moving away from over-dependence on Hollywood box office. By extending the range and type of entertainment they offer, Canadian Cineplex and Australian Village Cinemas are developing their cinema complexes to become more than just venues for moviegoing and are embracing their new outlook as all-round entertainment destinations.

Australian company Village Cinemas, has a clear strategy simply titled their ‘50% goal’, which, being quite self-explanatory, refers to their aim of growing revenue outside Hollywood box office to represent over 50% of total revenue. For Village, it isn’t about moving away from Hollywood dependence, per se, but more about growing their overall offering. Adrian Witcombe, Head of Strategy & Innovation for Village Cinemas, talking exclusively to Celluloid Junkie, says, “Our strategy is to grow the pie, not simply shift it, through additional product offerings within an evolving customer landscape.”

In the pioneering spirit for which they’re known, and in light of several rival companies recently squeezing prices, Village identified the need to separate themselves and their premium service from competitors. Witcombe says, “We like to think of ourselves not just as ‘cinema experts’ but as ‘entertainment experts’ and that has driven us to look across the spectrum at what other opportunities we can apply these skills to.”

Focussing on how a customer might spend a whole evening at one of their venues, has lead to Village looking at what they can offer that goes above and beyond a movie and some popcorn. A continual expansion and finessing of Village’s Traditional and Gold Class menus, along with introducing their own gourmet popcorn products, has meant that their food and beverage (F&B) options uphold their premium standards and keep them on the front foot. They’ve even recently acquired their own food production facility which has been many months in the making.

The last couple of years have seen Village introduce Vjunior, their children’s screens complete with in-screen play areas, in five of their venues and they also introduced Australian audiences to 4DX, the motion and sensory-based cinema experience. Roc’s Bar and Kitchen in the circuit’s South Yarra complex and Nineteen Forty Rooftop Bar in Camberwell, a Melbourne suburb, has seen Village develop ways (and places) for guests to relax and socialise before and after attending a screening.

Aside from their F&B development, Village is seeing success with growth in event cinema (live sports, theatre, concerts) and international film titles. As an example of this, having noted and acted upon feedback from customers wanting to see more Indian films, this particular area has grown 141% for them. Witcombe explains, “We have implemented a rigorous customer feedback platform and are always listening to what our customers are telling us about, what they want to see and how they want to see it.”

With the customer journey at the forefront of their approach, village is comfortably on their way to rebranding as Village Entertainment. Witcombe comments, “It’s our intent to provide an entertaining experience prior to entering the cinema doors… We want our customers to benefit from what we are now able to offer them as a great entertainment experience brand.”

Perhaps more directly but in a similar vein, Cineplex’s diversification seeks to move away from traditional fluctuating Hollywood box office dependence by aiming to cover everything the customer could possibly need for a night out. As Cineplex’s CEO Ellis Jacob says, they want customers to want to spend a whole evening with them, “We basically want to own your entertainment dollars.” Jacob sees Cineplex departing from Hollywood dependence as a necessary move but also an original one. He comments further, “We’re confident in our strategy going forward. We are basically doing things that are different from all our peers.”

The road may not have been easy for Cineplex but it seems that the investment they’ve made in their overall entertainment ‘portfolio’ is starting to pay off. Box office figures were down in the fourth quarter of 2018 – the fourth quarter of 2017 saw box office numbers of $28.8 million, compared with a lower $27.2 million in the same period of 2018. However this didn’t impact the annual takings for the chain, which actually saw an increase in overall revenue.

This increase came from different sources, those which they are now developing as experiences in their own right. Take their concessions as an example; 2018’s concession revenue went up to $6.53 spend per patron from 2017’s $6.29. It was contributing factors such as these that meant their yearly gross earnings went up by 0.4 percent, or $1.9 million to $428.2 million, despite a reduction in cinema attendees buying tickets.

F&B, however, is only one area Cineplex is gaining ground in. The company is also stepping up the range of what they offer in terms of leisure and media businesses within their current complexes. This year will see the company open a further six Rec Rooms on their premises; expansive gaming rooms that come complete with a bar. A partnership with Texas-based Topgolf, signed in 2017, sees them incorporating driving range facilities and additional games into sites. And another move sees Cineplex teaming up with Seattle-Based VRstudios with an aim to open forty Virtual Reality (VR) arcades across their venues by 2021. VR attractions aren’t new to Cineplex however, with some of their sites already housing The Void.

Whatever the specific reasons for reducing their dependence on Hollywood, it’s hard to deny that the additional streams of revenue will provide more breathing space for both exhibitors. The two territories may be at opposite geographical ends of the earth but they share a common goal and healthy outlook when it comes to their future business models. And their efforts may just prove to set a precedent for the rest of the industry.