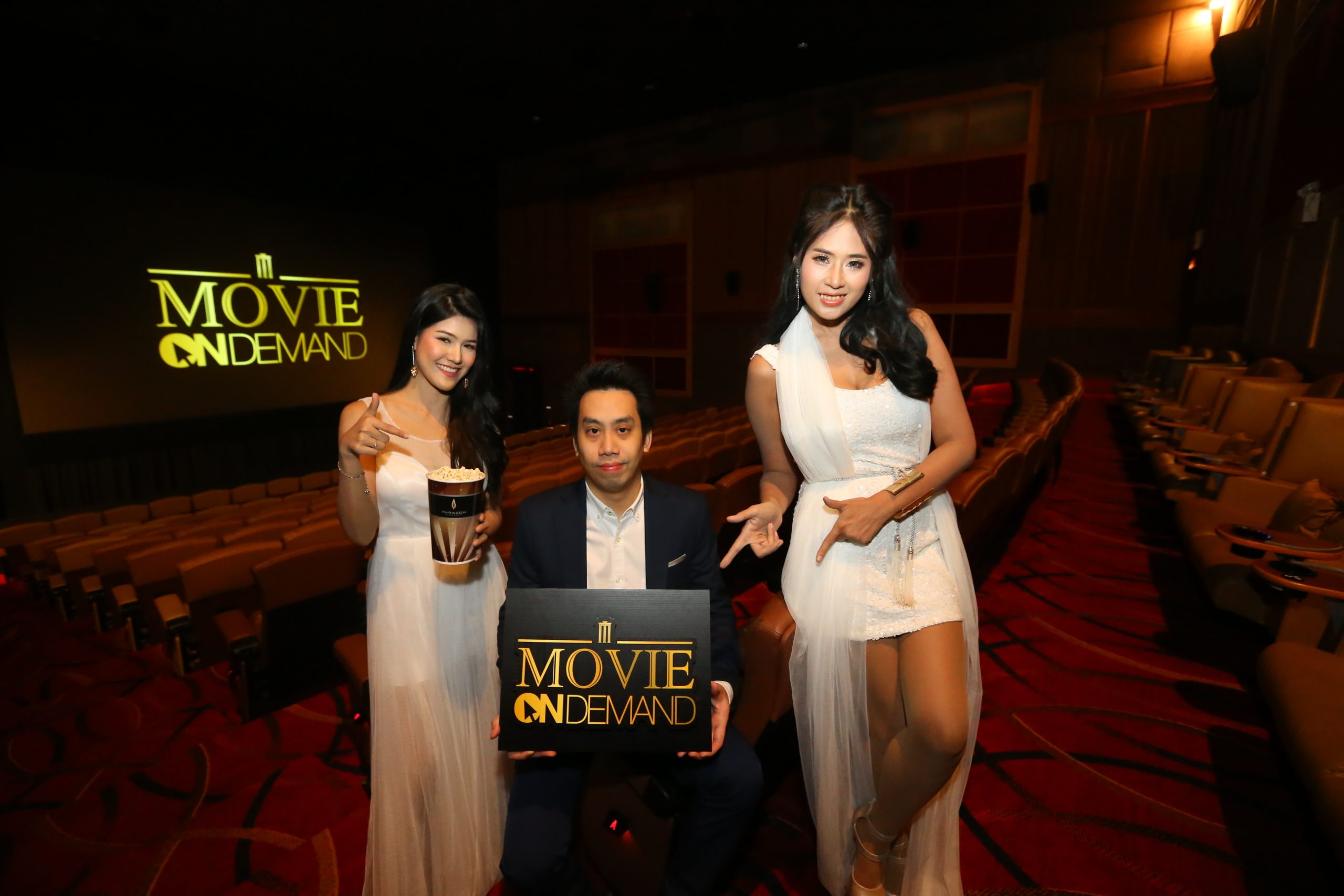 It’s been a year since Samsung launched the first LED Cinema screen in Korea on 13 July. Today the projector-less Onyx screens can be found in eight countries and 12 multiplexes, with the latest in Traumpalast Esslingen in Stuttgart, Germany and SFC Yonghwa Cinema City in Shanghai, China. Further installations in Austria, Mexico and India are next up. There are also major installs under embargo that will be announced before the end of the year.

There are many similarities but also key differences with the installations of the prototype Texas Instruments DLP Cinema projectors in 1999-2000 that started the digital cinema shift. TI’s DLPs too were six-figure expensive, but Onyx won’t come down in price as far and fast; TI DLP Cinema suffered from a shortage of content (films) initially, but Samsung’s Cinema LEDs can screen non-HDR films from regular DCPs; but the biggest difference is that there will not be a virtual print fee (VPF) to pay for large-scale deployment. 3D up-charges were a catalyst for digital cinema, but it is unclear whether that will be possible to up-charge for 2D Onyx (Traumpalast charges €2 extra), let alone whether it can re-ignite an interest in quality stereoscopic 3D.

This means that for suitable screen-sizes (Onyx comes in 5 meter, 10 meter and soon 13 meter screen sizes), replacing early generation digital cinema projectors with Direct View Displays (whether from Samsung, Sony, Barco, Christie or Chinese OEMs) will be a question of total cost of ownership (TCO) over the lifetime of the systems. What’s more interesting is the role that LED DvDs will play in new multiplex installations, particularly in Asia and emerging markets. RGB laser will dominate PLF screens, but below that everything could move faster as multiplex design evolves from booth-less to projector-free layout.

While it has been a tremendously important first year for Samsung, it should thus be remembered that it is still early days for Cinema LED DvDs. It took digital cinema projectors close to a decade for mass conversion to get underway and almost another to complete. It won’t take as long for Samsung et al, primarily because much of the necessary groundwork has already been done (standards, security, studio agreement, content, etc.) last time around. But coming as it does in the middle of global studio and exhibitor consolidation, a focus on premium experiences and an array of new cinema formats, it is both the best of times and the worst of times for a new display technology.

Thailand – Major Cineplex has launched its Movie On Demand service that allows viewer to vote for films to be brought back to the big screen. “Under the service, which is aimed at increasing the number of movie-goers and admissions by acquiring new groups of potential customers, audiences are able to vote for their most favourite movies seen at Major Cineplex screens.” The launch is part of the exhibitor’s segmentation effort of customers that has also included the launch of the ‘M Generation’ membership cards for four distinct age groups (age 1-13, 13-23, 24-60 and 60+). Movie ON Demand is available in 17 of Cineplex’s Bangkok locations and seven in the rest of Thailand. The Nation – 15 June 2018

India – PVR has signed a deal with Al-Futtaim Group, [EDIT: not to be confused with Majid Al Futtaim, the parent company of Vox Cinemas], to expand in the Gulf and Middle East region. “According to a disclosure on Bombay Stock Exchange, the joint venture will aim at bringing a collection of unique experiential cinema formats to the MENA region. The JV will also introduce PVR’s Director’s Cut—a format that blends the best in high-end hospitality and entertainment—in the Arab world.” Meanwhile Majid Al Futtaim’s Vox is opening its first multiplex in Saudi Arabia’s Jeddah later this year. There have also been rumours that India’s Carnival plans to buy Qatar-based Novo Cinemas with the backing of UAE’s Emirates National Holdings. Forbes Middle East – 11 July 2018

Poland – Micro-cinema chain Kino Za Rogiem (Cinema Around the Corner) is set to expand following co-financing by the European Commission. Its neighbourhood cinemas in smaller towns and villages typically have around 20 seats (maximum 30-40) and show second run, independent and arthouse films. It is set to grow by 100 screens and locations as Poland celebrates the centenary of its independence. Gazeta Wyborcza (PL) – 14 July 2018

Korea (Republic of, South) – CGV has launched a multiplex concept called ‘Cine & Forêt’ multiplex concept at its Riverside multiplex in Seoul, which has lush vegetation everywhere, picnic seating and oxygen generators. Occupancy rates since opening have been 83% on average, compared to 30% in other CGV cinemas, even with tickets prices nearly double. “We have designed Cine & Foret to meet the diverse needs of customers who value new experiences,” said CGV. Very instagrammable. MoneyS (KR) – 17 July 2018

Korea (Republic of, South) – CGV has re-stated its ambition of having 10,000 screens in 11 countries by 2020. “Based on the company’s capabilities that have been built for the past 20 years, we’ll lead the future-oriented cinema market and expand the notion of the cultureplex around the world,” Seo Jung, CEO of the CJ CGV, said during a regular media forum on the local film industry at a theater in eastern Seoul. CGV celebrated its 20th anniversary this year. Its global reach is 3,459 screens in 463 sites around the world., of which  1,117 screens in 151 sites are located in South Korea. The Korea Herald – 10 July 2018

UK – The UK Film Council has launched a Technology Challenge Fund together with Action on Hearing Loss to come up with new ways of providing subtitling to cinema goers. Worthy and worthwhile initiative. Press Release – 16 July 2018

UK – The Employment Tribunal has found in favour of two of three Picturehouse employees who complained of being unfairly dismissed. “The tribunal found unanimously that two of the three complainants had been unfairly dismissed and that the workers’ trade union involvement “played a part in the decision-making of” Picturehouse management when sacking them.” The industrial dispute between Cineworld/Picturehouse and BECTU/employees over Living Wage nad more has been going on for years. Left Foot Forward – 12 July 2018

Japan – eSports is gaining popularity in cinemas in Japan. The latest example is the PUBG game tournament streamed to Aeon cinema in Tokyo from Berlin.  Notice how many large popcorn and softdrinks are in the auditorium: regular tickets were JPY 1,000 (USD $8.90) but a popcorn and soda combo was JPY 1,300 (USD $11.57) and proved more popular. Famitsu (JP) – 17 July 2018

India – Outside food will be permitted in multiplexes in Mumbai, following a ruling by the local government of Maharashtra. After several consumer petitions, High Court denouncements and incidents of violence, the new rule will come into force on 1 August. The share price of major cinema chains PVR and Inox has hit a 10-month low since the news first broke. Internet jokers had a field day online anticipating the results. Click through for pictures. Meanwhile the state of Karnataka is looking to regulate the price of F&B in cinemas. Indian Express – 16 July 2018

Indonesia – After last issue’s Vegemite popcorn, we know have one better from Indonesia. To get an idea of what it might taste like, look at the ingredients in the picture above. (Tip of the hat to Ian R.) – Cinemaxx website

Switzerland – Seniors who pay reduced ticket fees complain of being excluded from special promotions that give cinema goers who pay full price popcorn and drinks with their cinema tickets at Pathe Flon. Le Matin (FR) – 16 July 2018

USA – We note the sad passing of Stephen F. Colson Sr., former COO of Cobb Theatres, then AmStar Entertainment and long time industry veteran. Our condolences to his family and colleagues. Legacy.com

Spain – A “small fire” in the Cinesa Diagonal forced the evacuation of the cinema and a nearby gym in the mall. Nobody was injured though there were issues with the evacuation. As well as being Spain’s most expensive cinema it is also located next to the CineEurope convention and hosts demonstration for the delegates. El Periodico (ES) – 14 July 2018

USA (OR) – Portland rapper Milo (his mother calls him Rory Ferreira) bought 129 tickets to a screening of “Sorry to Bother You”  at the Nickelodeon theater in Portland on Saturday morning and offered them for free to his fans, reserving 15 for his friends and family. “Seventy-nine people took Ferreira up on the offer of a free movie, many of them making a spur-of-the-moment decision when entering the movieplex.” The rapper was inspired by the movies message of doing good for the community.  We hope that this is a trend that catches on in the rap community and perhaps pop stars too. (Tip o’ the hat to Jeff A.) Press Herald – 14 July 2018

This article was edited on 18 July to reflect the fact that PVR’s partner Al-Futtaim is a different company from Vox Cinema’s parent Majid Al Futtaim.