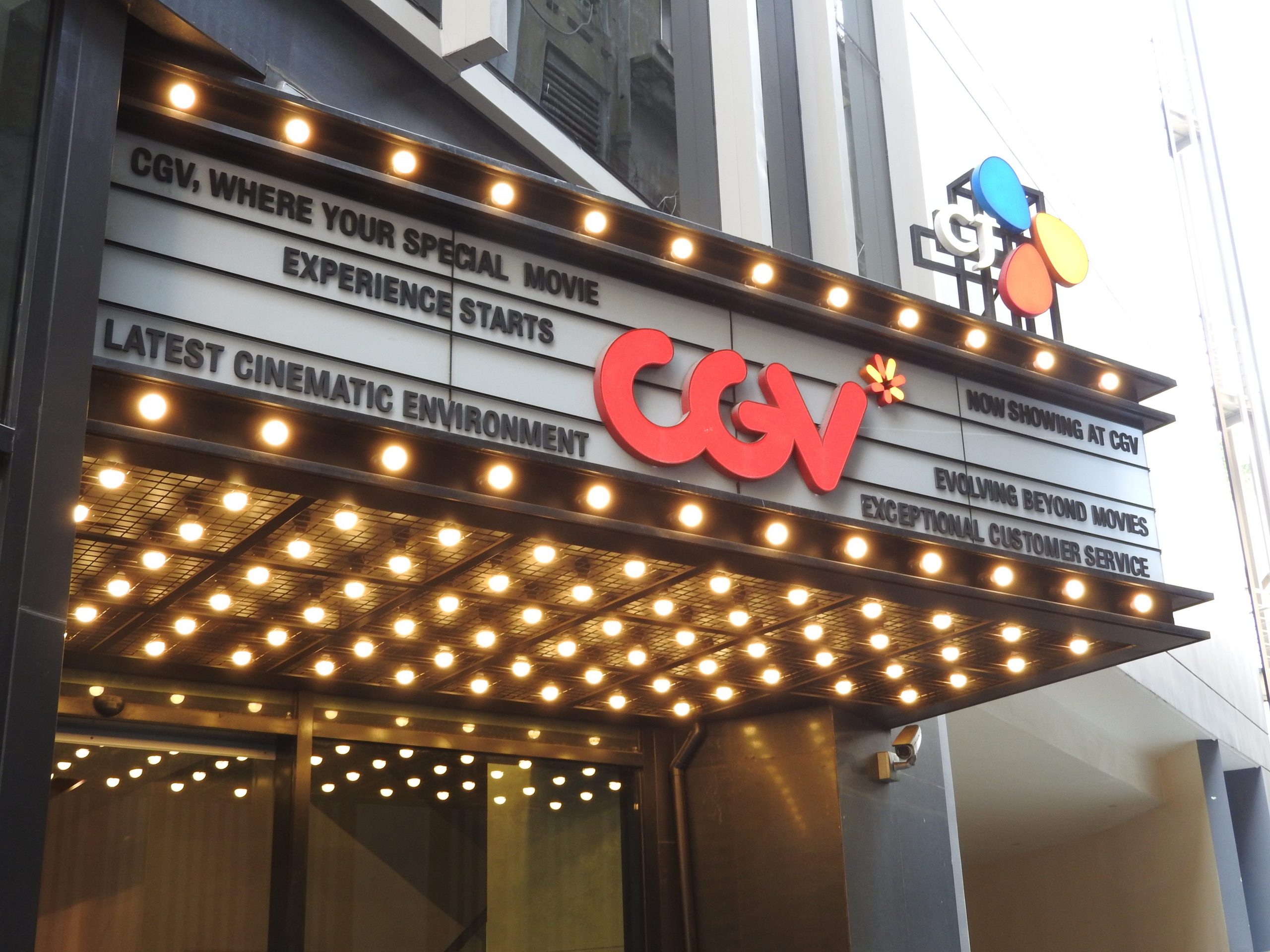 Vietnam – The Vietnamese arm of South Korean cinema major CJ CGV plans to list on the local stock exchange later this year, according to recently released documents. CGV’s Vietnam unit, which is the country’s largest cinema operator, is considered to be worth KWN400 billion (USD $375.5 million). The next 12 months could be busy with IPOs, as CGV Turkey and Indonesia, Odeon and Vue are believed to be planning public listings. Vietnam News – 21 June 2018

Korea (Republic of – South) – CJ CGV and CJ Human Resources have signed a ‘win-win’ partnership with South Korea’s Small Cinema Social Cooperative. “Small Cinema The Social Cooperative is a non-profit organization that establishes and operates a movie theater with a capacity of 100 seats in a cultural marginalized area where commercial cinemas are difficult to enter.” The first such cinema opened in 2010 and there are 29 of them currently across Korea. Yonhap News (KR) – 26 June 2016

India – PVR Cinema’s Ajay Bijli is one of the names found in a new leak of the Panama Papers. “A pioneer in multiplex cinemas in India, Bijli, along with wife Selena and son Aamer, beneficially owned an offshore company set up to hold a property in the UK. ” They could face the wrath of Indian authorities cracking down on alleged offshore holdings and money laundering. Times Now News – 21 June 2018

India – PVR and Inox will both be getting the Samsung Onyx Cinema LED screens. The first ones will open in a PVR Icon screen in New Delhi and PVR Phoenix in Mumbai. The article claims India will have a total of ten such screens by the end of this year. Business Standard – 30 May 2018

India – Bollywood actor Ajay Devgn is planning to roll out his NY Cinema brand to 100 sites across India “in the next one year.” Yes, really, one year, because limiting factors for established operators like PVR clearly don’t apply to Bollywood stars. “The Cineplex chain has entrusted Mumbai-based creative agency Colour Craft Studio (CCS) to create a brand and cinema styling strategy that will offer Indian audiences a never-seen-before cinema experience.” Sadly it’s not the first actor-owned cinema, as Jackie Chan cinemas in China beat him to it, as so often when it comes to cinemas and China. Television Post – 19 June 2018

Poland – Polish cinema Oh Kino is growing and challenging majors Helios,  Multikino and Cinema City. Oh Kino has opened cinemas in Mys?owie, O?aw and Wroc?aw, with plans to open six more boutique cinema multiplexes before the end of 2018 according to CEO Pawel Trojan. While it is mainly targeting smaller cities, it also has plans for an eight-screen cinema in Warsaw. Retailnet (PL) – 22 June 2018

Korea (Republic of – South) – New cinema operator Cine Q has just opened its fourth multiplex in Chungju, North Chungcheong Province, on the 15th of June. “CineQ plans to open a total of 35 screens nationwide including a new branch in Incheon in the metropolitan area by the end of June after opening the Gyeongju (6 facilities), Gumi (5), Sindorim (10) and Chungju .” Strong similarities between Cine Q and Oh Kino in terms of challenging a market of three strong incumbents, here CGV, Lotte and Megabox. JTBC (KR) – 15 June 2018

Romania – Another ‘underdog’ is planning to challenge Cinema City’s grip on the Romanian market. HappyCinema, “which currently has cinemas in Bucharest, Focsani and Buzau, plans to cover 20 cities in the next five years and become the second-biggest operator on the local market.” Ecaterina Mateescu, Happy Cinema’s administrator, sees big potential for the country:

“Romania is one of the countries in Europe with the fewest cinemas; there are still many large cities without any movie theaters. Our goal is to bring Romania at the top of the European classification and to open cinemas especially in cities where the inhabitants do not have the possibility to go to the movies.”

In addition to Cinema City there is also CineGlobe, Grand Cinema and More (Baneasa), Hollywood Multiplex and Movieplex, so different from Poland and Korea. Romania-Insider.com – 13 June 2018

Germany – Odeon’s UCI to launch luxury offering in Germany. UCI Kinowelt Potsdam will be first cinema to offer recliners and enhanced amenities when it re-opens after refurb. All eight screens to have recliners and largest will be iSense PLF with Dolby Atmos and 4K projection. Before that UCI will open its new Berlin Mercedes-Platz mega-plex, which will also feature recliners. PNN (DE) – 21 June 2018

UK – Screen Daily looks at how and why UK’s independent cinema are flourishing. The article focuses mainly Everyman, Curzon and Picturehouse – though last one is owned by Cineworld. “Everyman CEO Crispin Lilly says his target is to reach 50 cinemas over the next three to five years. “It’s a natural continuation, given the increasing confidence that we’ve found in the model,” he explains.” Meanwhile Curzon’s “Knatchbull sees it more starkly: “Everyman is a leisure and hospitality company. Curzon is a film company.”” Ouch! Screen Daily – 19 June 2018

Iran – With outdoor screenings of World Cup banned and no bars to see it in, cinemas are proving popular for football fans. “Inside the screens, there was a notably even split between men and women. Football is particularly popular among Iranian women, in part because they are banned from attending live matches, lending it an illicit air.” with all the focus on cinema Saudi Arabia, it is often overloked just how big cinema already is in Iran. And football. Times of Israel – 15 June 2018

UK – Tabloid outrage as Odeon cinema in Basingstoke tells customers it cannot serve individual biscuits but has to wrap them individually in plastic. Retired teacher Ian McKay wrote a “strongly worded letter to his local paper in which he says “a ridiculous health and safety interference has stopped the cinema putting out a tray of loose biscuits and now the biscuits have to be individually wrapped.”” The biscuits were offered to pensioners as part of the Silver Cinema offering for GBP £3 along with tea. ‘Cinema biscuit‘ is apparently also slang for an attractive female. Sunday Express – 19 June 2018

Finally – A fundraiser probably not endorsed by Disney but we love in nonetheless – Disney icons in drag. No, not Uncle Walt, but his character, as Capitol City Cinema in Jefferson, MO, invites everyone to “be their guest” on 30th of June at the third annual Disney Drag Show. “The Disney Drag Show serves as one of the largest fundraisers for Capitol City Cinema’s nonprofit efforts. Performers Jenessa Highland, Brooklynn Burroughs and Alicia Markston will bring a whole new world of Disney characters to the stage.” The theme of Disney was chosen because it is ‘family friendly’ and both parents and children are urged to dress up. Which character would you go as? News Tribune – 21 June 2018