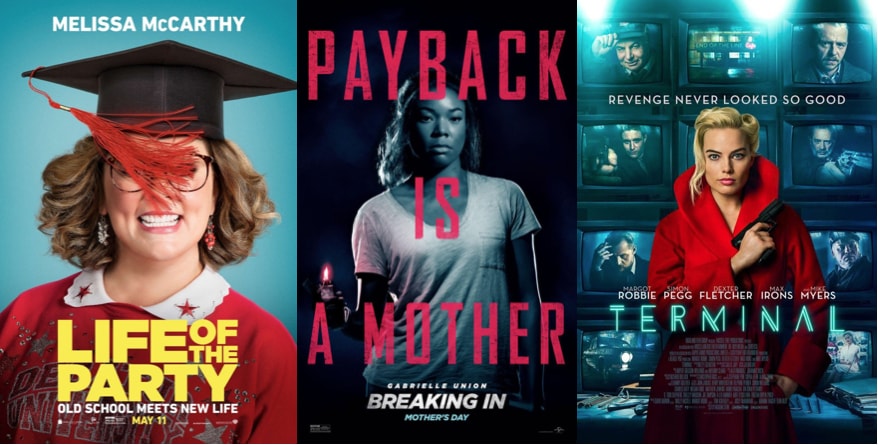 The death of cinema has officially been postponed, with “Avengers: Infinity War” pushing past USD $1 billion globally in a record 11 days, one day faster than Disney stable mate “Star Wars: the Force Awakens”. This is all the more amazing because it was achieved prior to the film’s China release (May 11th), where Marvel films have always performed more strongly than the Lucasfilm franchise. Needless to say Iron Man et al broke all sorts of domestic records too, having passed USD $450 million in total. And its not just all about the money as “Avengers 3.1” currently enjoys a very healthy 84% RT score and a solid A Cinemascore.

The USD $112.5 million that “Avengers: Infinity War” took in its second weekend is interestingly both the second-biggest non-opening weekend of all time and also the second largest weekend-to-weekend drop since “Star Wars: the Last Jedi” fell USD $150 million. At this point we hand over the word to Forbes’ Scott Mendelson, “My point is not that Infinity War is in peril (it’s not), but that those who whined about Last Jedi’s big second-weekend drop back in December were… misguided.” In hindsight, nobody calls “The Last Jedi” a failure, just because it didn’t equal “The Force Awakens”, but both look set to be overtaken by “Infinity War”.

While T’Challa may only have had a few minutes of screen time amongst the Avengers (Geek boy/girl trivia: Thanos had the most screen time), “Black Panther” is still in the Top 10 having earned USD $859,000 on Friday in its 78th day of release (USD $3.1 million for the weekend) and pushing it past USD $690 million Domestic. It even has a clear shot at USD $700 million For One Big Reason The Might Surprise You. No need to click the bait, as Jim Amos tells us that the reason “Black Panther” declined just 11% in its 11th week is because it was co-featured for “Avengers: Infinity War” at US drive-in cinemas. “And when that happens the gross for Avengers is actually applied to both that film and Black Panther. So that #8 all-time spot looks well within range as long as it remains A:IW’s co-feature.” That No. 8 spot is currently held by “Harry Potter and the Deathly Hallows part II”, though A:IW will take them both down a notch natch.

With “Avengers: Infinity War” thus all but guaranteeing a record 2018, the click vultures proclaiming the death of cinema or arguing for the inalienable right for day-and-date online/cinema releases seem to have flown away. Or as now occasional CJ contributor Jim Amos put it:

@patrickvons It'll be funny to hear the crickets coming from the wet behind the ears "journalists" at places like Vice, Buzzfeed, Vox Media, Fusion and the like when they nothing negative to write about now. Crawl back under your rock and leave movie industry analysis to experts https://t.co/0EWpSbpY3S

I guess that means us.

With a blockbuster on the scale of A:IW it is hard to counter program, with Mexico’s comedy and romance ambassador Señor Derbez the only one vaguely up to the task of luring away audiences. (Hey, Benicio Del Torro is the only Latino in the MCU and he was on screen for, what, all of 30 seconds – ¿Que te sucede?). “Overboard” came in second with USD $14.75 million, a couple of million above our USD $12 million call, powered by 61% female attendance and Eugenio Derbez’s evolving star wattage. No such luck for “Tully”, which struggled for USD $3.1 million, so a couple of mill less than we predicted, while “Bad Samaritan” barely made the Top 10 with USD $1.75 million. We were in a different galaxy with that one, being waaaaay over generous with USD $7 million.

“A Quiet Place” is refusing to go quietly, with a bronze place in its fifth week with USD $7.6 million and a whisper short of USD $160 million in total. No wonder everyone from Paramount was looking so happy (relieved?) at CinemaCon. Internationally it has taken USD $255.3 million, which now puts it ahead of “Get Out”. Meanwhile “I Feel Pretty” is showing legs with almost USD $38 million after almost another USD $5 million this past week. It will definitely finish above $45 million and confirm Amy Schumer as a reliable comic draw at the multiplex.

Looking further ahead “Deadpool 2” looks set to open in the USD $125 million range and “Solo: A Star Wars Story” was the second-fastest seller in the first hour that tickets ere released by Atom tickets, so it’s safe to predict that the summer box office is off to a hat trick of blockbusters.

Playing in just in two cinemas, “Racer & The Jailbird” opened with USD $2,222 for a PTA of USD $1,111. It is a French-language thriller “set against the background of a brutal crime gang in Brussels” and was Belgiums’ entry for Best Foreign Language Film at the Oscars. Looking globally, Wes Anderson’s  “Isle of Dogs” has taken USD $47 million to-date. Woof!

Life of the Party (Warner Bros) – Melissa McCarthy returns with a film that she co-write with her husband Ben Falcone, who also directed it. She plays a mother who goes back to college after a nasty divorce, embarrassing her daughter and no doubt learning a few (life) lessons along the way.  Movieinsider tells us that “the increasingly outspoken Deanna—now Dee Rock—embraces freedom, fun and frat boys on her own terms, finding her true self in a senior year no one ever expected.” Gillian Jacobs and Maya Rudolph round out the cast of funny ladies.

The Verdict – The film was introduced McCarthy and hubby to polite applause and only the occasional laugh at CinemaCon. Falling between the funny female empowerment films like of “I Feel Pretty” and college gross-out comedies “Animal House”, this one looks set to do middling business in the third week of “Avengers: Infinity Takings”. USD $15 million

Breaking In (Universal) – Gabrielle Union is a mother fighting to protect her family during a home invasion. Between this, “Life of the Party” and “Terminal” it is a weekend of strong females counter programming, though not in traditional rom-com territory. The UK has done better with Studiocanal’s “The Guernsey Literary and Potato Peel Pie Society” taking second spot to “Avengers: Competition Obliteration”, though dropping to GBP £1 million in its second week (for GBP £3 million total). But we digress.

The Verdict – Don’t expect it to match the opening W/E BO of the other don’t-mess-with-mother “Panic Room” of USD $30 million (and that was in 2002), but more like “Proud Mary” that took USD $9.5 million in the badass African-American females genre. USD $12 million.

Terminal – Not to be confused with Spielberg-Hanks’ “The Terminal”, Margo Robbie stars alongside Mike Myers, Simon Pegg, Max Irons, and Dexter Fletcher in this story of two assassins “carrying out a sinister mission.” Which makes a change from all the assassin films featuring wholesome and uplifting missions.

Born Guilty – “The son of a lonely and frazzled New York social worker hires his friend to romance his mom,” played by Rosanna Arquette. Director’s Max Heller’s next film is called “Not Born”. (Having regrets so soon?)

Beast – Murder-mystery with an out-of-focus poster.

Have your pick of “Digimon Adventure Tri. Coexistance” and “Sunset Boulevard”, putting Norma Desmond back on the big screen, where she belongs.

“Your average Ruskie doesn’t take a dump without a plan.”

– Dr. Strangelove Or How I Learned to Stop Worrying and Love the Bomb (1964)