Switzerland – Europe’s first Samsung Cinema LED screen has opened in Zurich’s Multiplex Arena Sihlcity. It is also the first 3D projector-less screen, with previous Samsung screens installed in Korea (Seoul and Busan with Lotte) and Shanghai (Wanda), with Bangkok’s Cineplex next up in April. “Black Panther” and “Early Man” were the two films showing, though unclear if they were specifically graded for the brighter screens. Also shown were trailers for Fox’s “Battle Angel Alita”. Speakers are from JBL and parent company Harman is in discussions with Dolby about how these installations could work with Dolby Atmos immersive sound, which is apparently possible but will require testing and tweaking. Viewers interviewed in the promotional video seemed to like it and the system is said to have a life span of at least 11 years. Blick (DE) – 21 March 2018 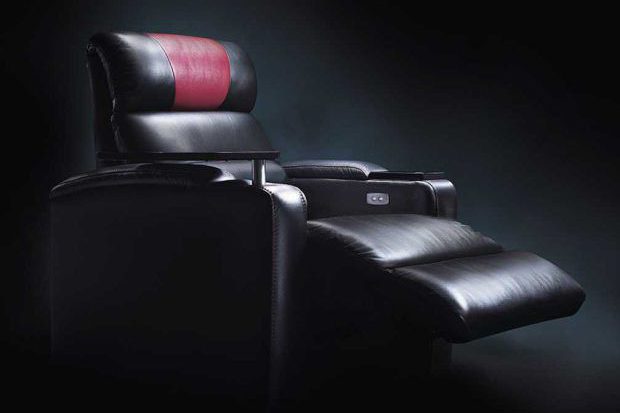 UK – Vue is launching an investigation after one of its patrons died after getting his head stuck under the footrest of a motorised recliner and suffering a heart attack.

Following an incident which took place on Friday 9 March at our Birmingham cinema, we can confirm that a customer was taken to hospital that evening. We are saddened to learn that he passed away on Friday 16 March. A full investigation into the nature of the incident is ongoing. Our thoughts and condolences are with the family who have our full support and assistance.

Said the statement from Vue. No further details were forthcoming at this time. The man was just 24 years old and father of a two-year old daughter. Odeon has issued assurances that it’s recliners have a built-in safety feature. Screen Daily – 21 March 2018 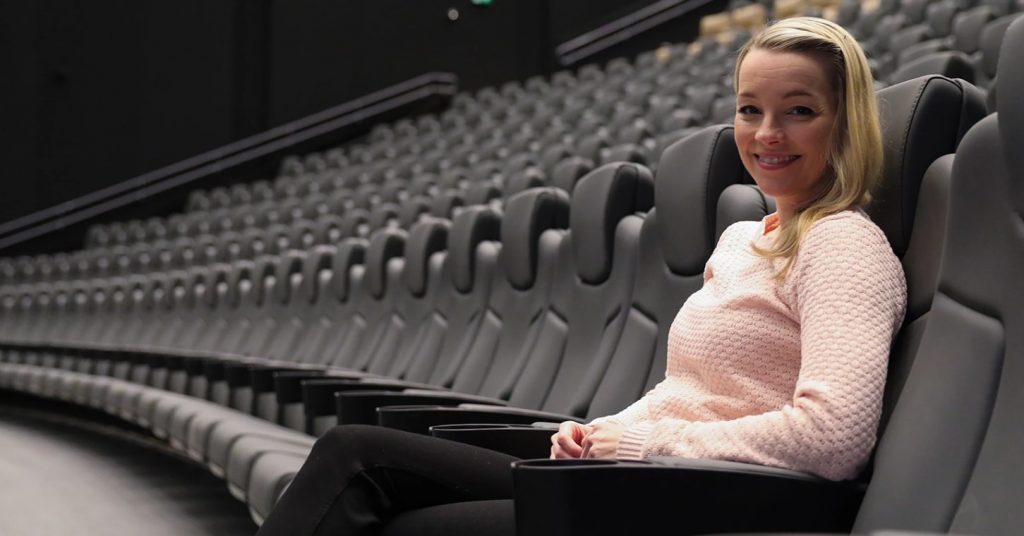 Norway – Norway’s biggest cinema has opened with the launch of the Odeon Oslo. It also marks the end of the 100 year ‘monopoly’ that began in 1918 when the local council take over management of all the city’s cinemas. More recently Oslo’s cinemas were in the hands of Nordic. But the 14-screen multiplex with an enormous IMAX screen, run by SF Kino (which now changes name to Odeon), part of Odeon/AMC, ends this state of affairs. There is also a Luxe screen and Barco laser projection and Dolby Atmos in all screens. The Local – 22 March 2018 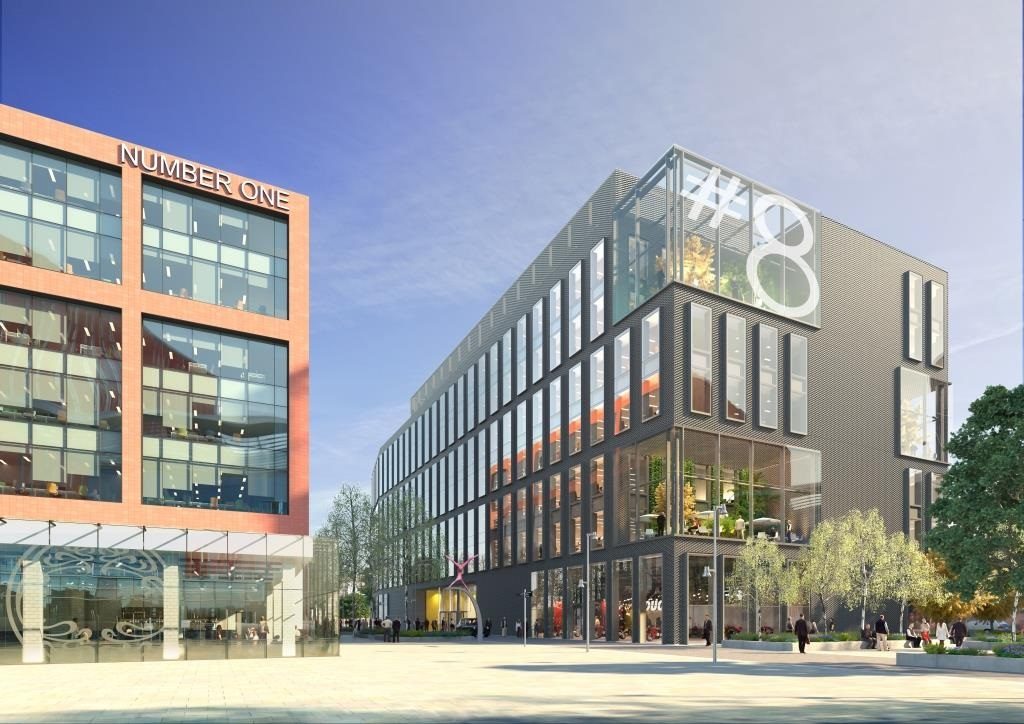 UK – Odeon will shifts its headquarter to #8 First Street in Manchester. “Patrizia UK, the Greater Manchester Property Fund (GMPVF) and Ask Real Estate are set to sign cinema chain Odeon for its Manchester headquarters at their 170,000 sq ft No8 First Street in a move that means the recently completed building is close to fully let.” Odeon will take 26,000 soft and move staff from its Lee House and Great Bridgewater Street offices in Manchester. Costar – 19 March 2018 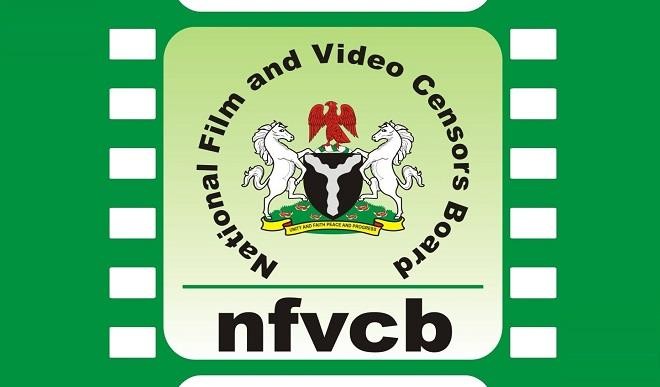 Nigeria – Africa’s most populous country needs at least 774 cinema, according to Adedayo Thomas, the Executive Director, National Film and Video Censors Board (NFVCB), to combat piracy. “We have 774 local governments in Nigeria, and having cinemas in each area means that genuine and approved films will be easily accessed by Nigerians, thereby minimising the survival of pirated films,” he is quoted as saying. Premium Times – 22 March 2018 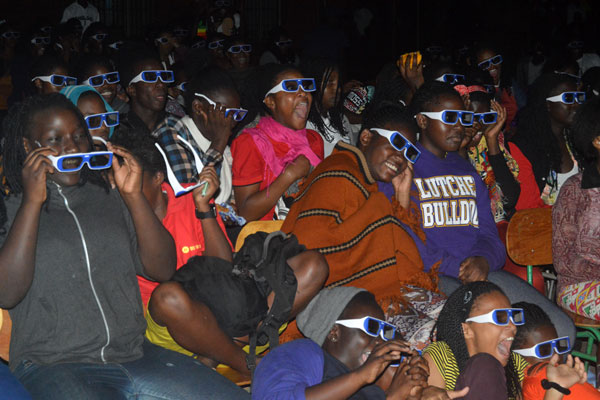 Uganda – 3D Pursuit is a mobile cinema venture that brings movies to the masses in the east African state. Founders Wills Isingoma and Ian Parker started the company with 500 3D glasses and a projector – most likely not DCI, but clearly bringing enjoyment to people that don’t have access to regular cinemas. In addition to films, they stage social functions and edutainment “that goes beyond entertainment to uplift society,” as well as diversifying their revenue streams. Daily Monitor – 21 March 2018 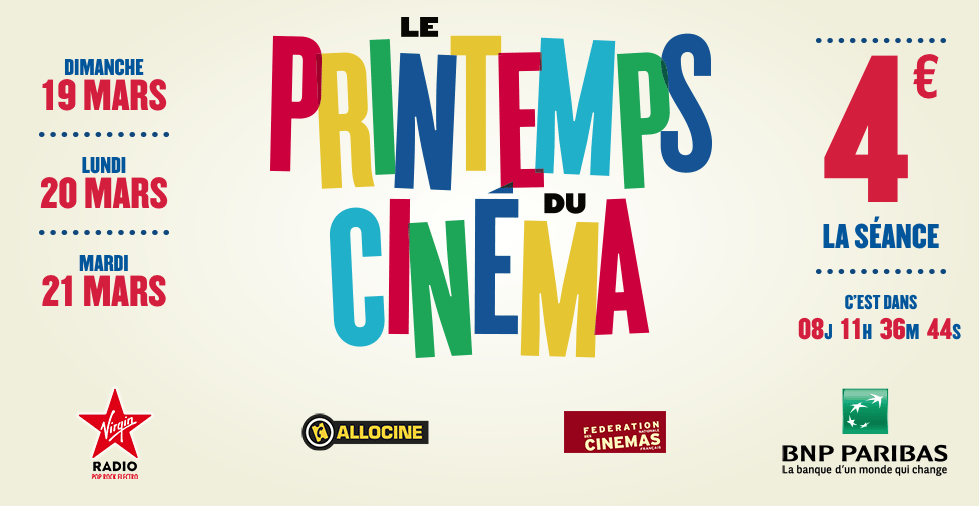 Printemps Cinema back in 2017

France – Le Printemps du Cinema hit a ten-year record with over 3.15 million admissions for the three-day event when all cinema tickets were four euro (except Imax and 3D). The previous record was 3.5 million in 2008. “This exceptional result once again confirms the enthusiasm of the spectators for cinema-in-theater, the French people’s favorite cultural practice and the most accessible and popular cultural entertainment” , said the National Federation of French Cinemas in a statement. Ouest France (FR) – 21 Marc 2018

Korea (Republic of, South) – “Popcorn id squid?” Those are some of the cinema snack choices from Korea explored by YouTube channel Korean Englishman, which looks at what you can order in Korean cinemas, specifically CGV and Megabox. Overall there appears to be more choice and variety in the basics (popcorn, drink and savoury nibblers) that are sold over the counter – as opposed to VIP table service. But the response to the ‘Hutoki beverage’? “If I could milk a tree, it would taste like this.” Jo!ns (KR) – 22 March 2018