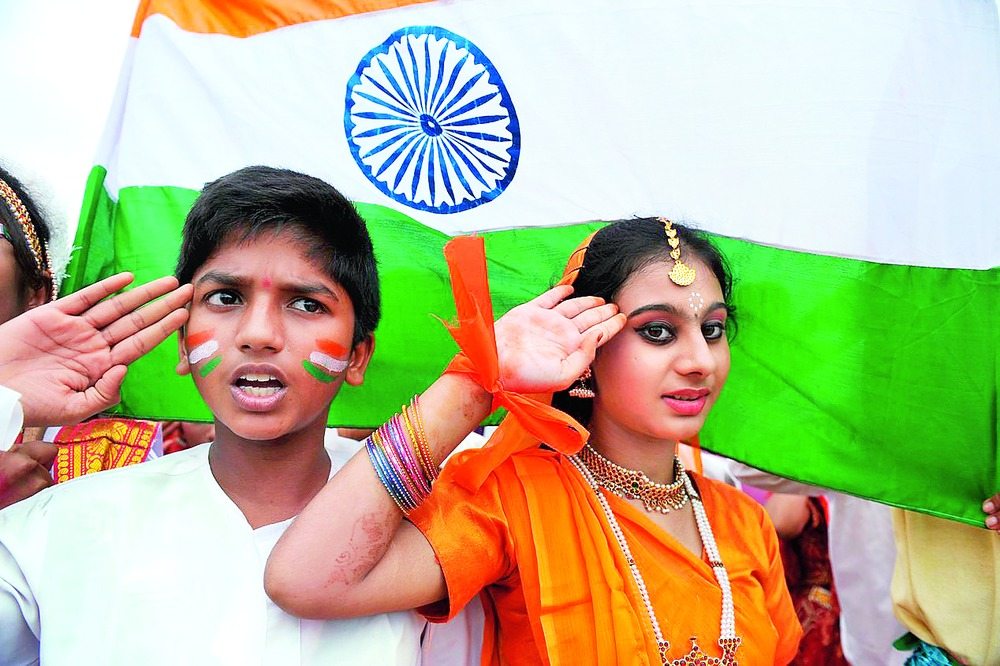 India – It will no longer be compulsory for cinemas to play the national anthem before films under the new ruling by India’s Supreme Court, which reverses previous decisions. It appears the nationalist BJP government had changed its stance on the issue, which had been criticised and led to arrests and beatings for people who did not stand – including a wheelchair bound athlete. However, cinemas in Mumbai and Maharashtra will continue to play the anthem – and expect audiences to stand – as this was already the practice before the initial ruling since 2003. Other states are still deciding whether to follow. DW/AP – 10 January 2018

Holland – ‘Cinema is the McDonalds of our time,’ proclaims Holland’s RTLniuews, not in terms of how or what it feeds the Dutch, but in terms of popularity. Not since 1965 have the people of The Netherlands gone as much to the cinema as they did in 2017, with 36 million visits representing an increase of 5.3% compared to 2016 and 2.1 visits per capita (the highest since 1978). More multiplexes, better quality, choice, booking apps, and an improved economy are some of the factors listed. But a PwC report on Media Outlook in Holland says that the cinema sector “must continue to innovate to the cinema to maintain  and young people hold ,” while the cinema growth of the last couple of years will not be maintained. RTLniuews (NL) – 9 January 2018

Ireland (Republic of) – It was Ireland’s best cinema year since 2010 with box office topping €113 million – up €5 million on the previous year – with 2018 looking set to be even stronger. Interestingly this growth took place despite no stand-out local hit. Irish Mirror – 11 January 2018

Germany – The positive coverage of UCI-Smart Pricer’s dynamic pricing roll-out in German media continues. The influential Kino.de website splashes with the headline: “New Ticket Price: German Cinema Chain Appeals With Dynamic Pricing Model” with the text making clear that the new pricing model will reward early bookers with cheaper tickets. It details the background of the trial and wonders whether Cinestar or Cineplex will follow next. (Here is another positive article from computer magazine Chip.) Kino.de (DE) – 9 January 2018

UK – Propel newsletter’s Douglas Jack states that there is an “over-supply in [the UK] restaurant sector will take years to correct.” Over the last 11 years the nightclub, bar and wet-led pub sectors have seen a supply reduction of 40%, 11% and 32% respectively. “These are the reasons why we view these three sub-sectors as well as bowling, cinemas and low-costs gyms as being superior investment propositions than restaurants.” Interesting observation given that shopping malls still see cinemas together with chain restaurants as anchor tenants, even as cinemas themselves upgrade their F&B offerings. Propel – 8 January 2018

Italy – Toby Bradon has been appointed MD of Vue’s Italian chain The Space Cinemas (TSC), having previously worked for Vue in London. It sounds like he will have a long to-do list:

In the new role of Managing Director of the film circuit, present in Italy with 36 multiplexes and a total of 362 theaters, the [new] manager will be responsible for successfully completing a series of important investments and developments., designed to improve the experience of spectators in TSC cinemas: these include the launch of the recliner armchairs by Vue, the development of the retail offer with new products and services and, finally, the introduction of the Vista operating system within the circuit.

He is also tasked with expanding the circuit. Engage (IT) – 9 January 2018

UK – Digital Cinema Media (DCM) is opening a regional office in Manchester as part of taking its business outside London in-house. “The new office will be led by DCM’s current business director, Steven Lorenzini, who has been promoted to the newly created role of regional sales director.” He will have a team of four and kicks off on 1 March. DCM has been going strongly as decided to end the partnership with Media Link in the regions. Campaign – 11 January 2018

UK – The only cinema on the Scottish island of Lewis – one of the last places in the Uk where religious support for the Sabbath has meant churches and pubs are traditionally closed – will be able to show films on Sunday. Initially there will be trial period until March. “Sabbath observance is something very important to the Isle of Lewis and there is a strong history of Sabbath observance here and we are mindful and respectful of that,” says Ellie Fletcher, chief executive of art centre An Lanntair where the cinema is located. Tea and coffee will be served but the cinema bar and restaurant will be closed. Press & Journal – 9 January 2018