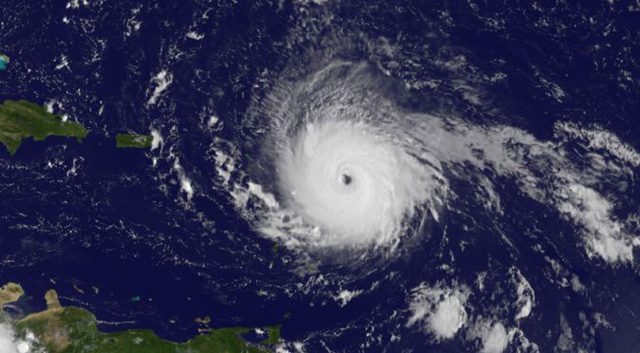 USA (FL) – Cinemas closed in Florida in anticipation of hurricane Irma this past weekend, along with other public building.

AMC Theatres in the Miami and West Palm Beach markets were open Thursday night but will be closed beginning Friday through at least Sunday. The Regal, Cinemark and iPic chains had already started closing locations in and around Miami and Fort Lauderdale on Thursday.

The closure likely had a small impact on the BO takings of “It” this weekend (roughly 3%-5%), though frankly “It” did well enough and that is also less of a worry than the humanitarian catastrophe that the hurricane is wrecking. Variety – 7 September 2017

UK – Showcase Cinemas made a pre-tax loss of GBP £3 million in its latest financial year. NATL Amusements (UK) saw a drop in revenue from GBP £94.7 million to GBP £92.9 million with attendance 6% lower than in 2015. “NATL’s cinema business is based exclusively in the UK and so it is exposed to UK economic conditions and consumer confidence,” a spokesperson for the company was quoted as saying. Insider media – 5 September 2017

USA – So are cinema stocks a good investment? Two separate analyststake a personal trip to the multiplex and are pleasently surprised what they see. The Motley Fool’s Rick Munarriz writes:

If you haven’t been into an AMC theater in some time, you may have missed its transformation. Many of its locations now offer pseudo-gourmet food offerings and even a bar with film-inspired specialty cocktails.

Since my last visit a few months ago, the theater in question, owned by Bow Tie Cinemas, a fourth-generation family-run midsized chain with about 400 screens, had been completely redesigned and renovated. And it seems to have followed a playbook that is increasingly common among large consumer-facing companies.

Those of us in the cinema industry bubble can forget that many people don’t go to the cinema frequently, so all these new attractions have to be marketed widely. Strategy Business – 7 September 2017

Spain – Hopes were raised that the VAT (sales tax) on cinema tickets in Spain would be lowered from 21% back down to 10%. But the pronouncement by the Minister of Culture was quickly slapped down by a government spokesperson as merely an ‘aspiration’. Spain has been battling a budget deficit since the financial crisis but the VAT on cinema tickets is particularly reviled. Only Sweden has it worse in Europe at 25%.  Informacio (ES) – 9 September 2017

France – The audio-visual trade-body CNC is rich, very rich – but you won’t find them discussing their wealth. Digging into the 139 pages of CNC’s balance sheet you find that it had 615 million euro at the end of 2015, with the French treasury adding another 68.2 million euro in 2016. CNC had as much as 872 million euro in 2012, which it has been trying to spend. One source of its wealth is three building in Paris’ 16th arrondissement that it sold last year. Will Macron be tempted to dip his hand into CNC’s fiscal kitty? BFMtv (FR) – 7 September 2017

India – Bollywood films are getting shorter, to better suit multiplex audiences’ tastes and attention spans. Several recent high profile Hindi releases did not even break the two-hour mark. Multiplexes prefer multiple showings in a day of the same film.

Earlier, there used to be so many songs in Hindi films, but it has gradually lessened. Filmmakers now go for shorter length. If you drag something beyond a certain point, it tests the patience of audience.

That is the opinion of trade expert Atul Mohan. With multiplexes overtaking single screens as the main box office contributor this trend is likely to continue in India. Hindustan Times – 5 September 2017

Australia – Event Cinema Hornsby is hating an ‘interactive’ screening of horror film “It”. The ‘scare session’ will feature red balloons, scary clowns and more in the video on the cinema’s Facebook page. No word on whether you get a refund if it does not live up to the promise “you WILL be scared!” 9News – 6 September 2017

Australia – Cinema is a safe bet when it comes to a fragmenting advertising media landscape, says Val Morgan. The company has recorded a 6% growth in the year to-date and is already taking bookings for 2018.

Backed by a new study from research firm Kantar Millward Brown that sought to understand the role of cinema in the broader audio visual mix, the results suggest cinema extends campaigns in new ways and advertisers get more bang for their buck.

Combined with TV and digital it gives a further 8% lift. The Australian – 11 September 2017

Korea (People’s Democratic Republic of, North) – With the nuclear tests and missile launched, you would think that North Korea is bunkering down and getting ready for war. But the the Korea Institute for National Unification (KINU) said in its report “Leisure of North Korean Residents” that cities like Pyongyang are rapidly becoming Westernised:

Song, a 20-year-old female student in Pyongyang, is enjoying a date with her boyfriend at a movie theater at the Sukhyeokdong Cinema (4D movie theater) in Alain People’s Amusement Park, drinking beer at Hope’s house.

This picture of normality in the totalitarian communist state is based on interviews with ten recent north Korean defectors. They talk of shopping malls with restaurants, swimming pools, coffee shops and beauty salons opening. People are also watching South Korean TV shows and movies, though not in cinemas but on smartphones and PCs from USBs and micro cards. Chosun (KR) – 31 August 2017