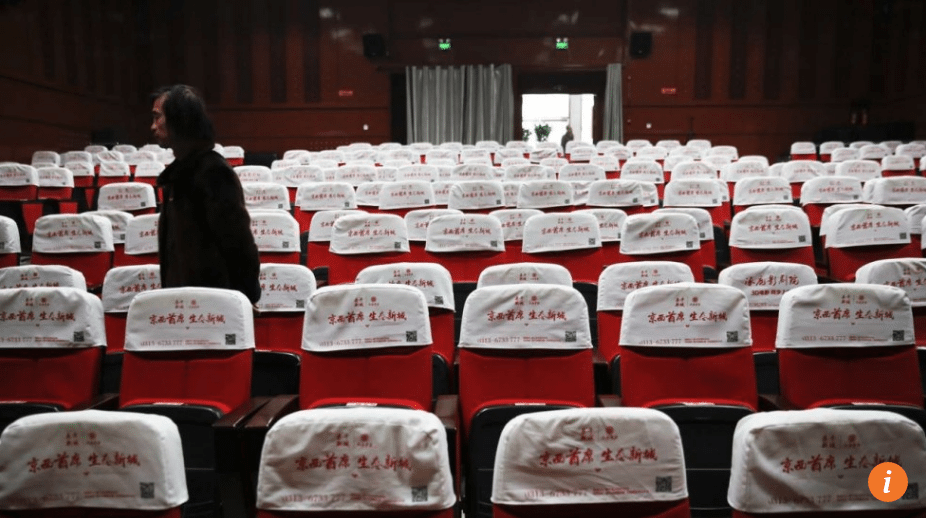 In one of the most syndicated articles on the business of cinema in China in recent times, Associated Press slams the last few year’s cinema bubble hype with the headline “China overtakes US in screens but cinemas sit empty.” It is not a pretty picture, with clear signs that “something’s amiss with China’s non-stop building of cinemas.” China might be under-screened in absolute numbers, but weakness of cinema outside of Tier I and II cities (where people prefer watching films on TV or online for free), means that analysts are forced to cling to the belief that non-urbanites will somehow suddenly develop cinema going habits. AP – 13 January 2017

If you only pay attention to one piece of Chinese cinema statistics this issue, make it this one:

So don’t be fooled by the mantra “China is under screened,” because outside the major cities the box office contribution uplift will be negligible. CE.cn – 15 January 2017 So will this year be better than last year? Financial website 36KR does not think so. “2016 was difficult; 2017 will only be more difficult,” it starts off its article with. “2017 movie box office has a great probability to continue the 2016 downturn,” because of planning for this year was done when the market was still growing at breakneck speed. This spells trouble for film producers  Bona, Huayi and Enlight, with Bona alone launching 12-15 movies this year. If there is a winner this year it may be Alibaba Pictures, which has invested in all three companies. 36KR – 18 January 2017

So with cinemas doing badly, where will this lead? “Cinema Integration tide has arrived, a large number of theaters will face closure or consolidation, it is inevitable,” says Beijing University Cultural Industry Research Institute’s Chen Shaofeng. He is one of the few who saw the crash of 2016 coming. “I predicted four years ago that China’s box office, when it reached 35 billion yuan it will enter the medium and low-speed growth phase.” Artificial subsidies (“water injection”) is what made the box office more inflated than it was. But the building on new cinemas has not stopped, meaning the there is even less profitability on the horizon. “The crux of the matter is that the speed of cinema building has been out of control, and the film slate itself is lacklustre,” the article warns. Worth reading in full for an accurate appraisal of the situation in China. JRJ.com – 17 January 2017

With China’s box office tanking, there is increased focus on new revenue streams, such as cinema advertising. Search engine major Baidu is positioning itself as enabler of improved cinema advertising as part of an overall O-2-O (online-to-offline) ecosystem. Speaking in Beijing on 10 January Baidu’s Zeng Liang said there is a great opportunity for targeting shops, restaurants and other services within a 2km radii of every cinema, particularly of they use the “Baidu brain” core technology to improve advertising. People’s Daily – 10 January 2017

Chinese conglomerate Sanpower Group, which owns retailer House of Fraser, plans to acquire up to 150 cinemas with a special fund of CNY ¥3 billion (USD $435 million) according to Channel News Asia. The group is said to be in discussions with institutional investors for contributions while the company itself will provide 20% to 30%. Seems like strange timing, given the crash in the market. Also, entering China with just cinemas but no ties to distribution, mobile ticketing apps, etc for vertical integration makes little sense. The company is said to already have 10 cinemas under construction. Chanel News Asia – 18 January 2017

Is smog and pollution driving down China’s box office asks Beijing youth Daily? The new year is off to a slow start at the box office (down more than 23% Y-o-Y) just as a thick haze envelopes Beijing and many of China’s other major cities. Meanwhile Hainan province, which has not been hit by the smog, has seen a box office hold steady. 2015 saw plenty of haze and despite this BO improved all over China. However, with smog lifting in parts of China has coincided with box office bouncing back. Yuemuchina – 15 January 2017

Licensing for cinemas in China might become loosened this year, which could pave the way for restructuring and mergers in the cinema sector. Bona is predicted to be one of the likely winners if such a change takes place. China currently has 49 cinema operators with a significant degree of fragmentation outside of the top ten (see chart above). D-Entertainment – 9 January 2017 Last year might not have been bad for Chinese cinemas in general but market leader Wanda still prospered with Wanda assets hitting CNY ¥796 billion (USD $115 billion) in value in 2016. This is an increase of 21% on the previous year, though operating income increased just 3.4%. Last year saw Wanda shift from property to entertainment and leisure, including cinema, sport and tourism. Wanda opened 154 new screens for a total of 1,319, while total global count was 14,347. Variety – 14 January 2017 Shanghai Art Film Union has signed up four cinema with ten screens for its network screening arthouse films. The operation was set up as a Shanghai Film Distribution Industry Association initiative born out of the Shanghai International Film Festival in 2013. While hundreds of films get produced in China each year, only  small proportion of those find their way to most commercial multiplexes. Xinhua – 3 January 2017

While multiplexes are suffering in China, private cinemas are still doing well. More importantly, they are becoming increasingly professional and borrowing tricks from their larger counterparts. This one in Zhongshan City is noteworthy at it appears affiliated with the 1905.com movie streaming portal. Click through to see all the photos and be impressed. ZS News – 11 January 2017