Pret has valuable lessons for cinemas in in customer experience. Brought to you by CJ + COKE

Korea (Republic of, South) – A cinema quality certification system will be launched in Korea to “guarantee the quality of the movie theatre.” This move may seem strange, give that Korea has some of the world’s best cinemas (see Cine de Chef pic above and CGV-Tempur story below), but it is part of the 2017 work plan by the Ministry of Culture, Sports and Tourism of Korea to promote cultural content industry, “the growth engines of the 4th industrial revolution era.” Cinema quality certification will be introduced in the second half of 2017 and will cover areas such as brightness, proportion, sound, viewing field, lighting of the auditorium, safety etc. of cinema screens and auditoriums. Yonhap News (KR) – 6 January 2017 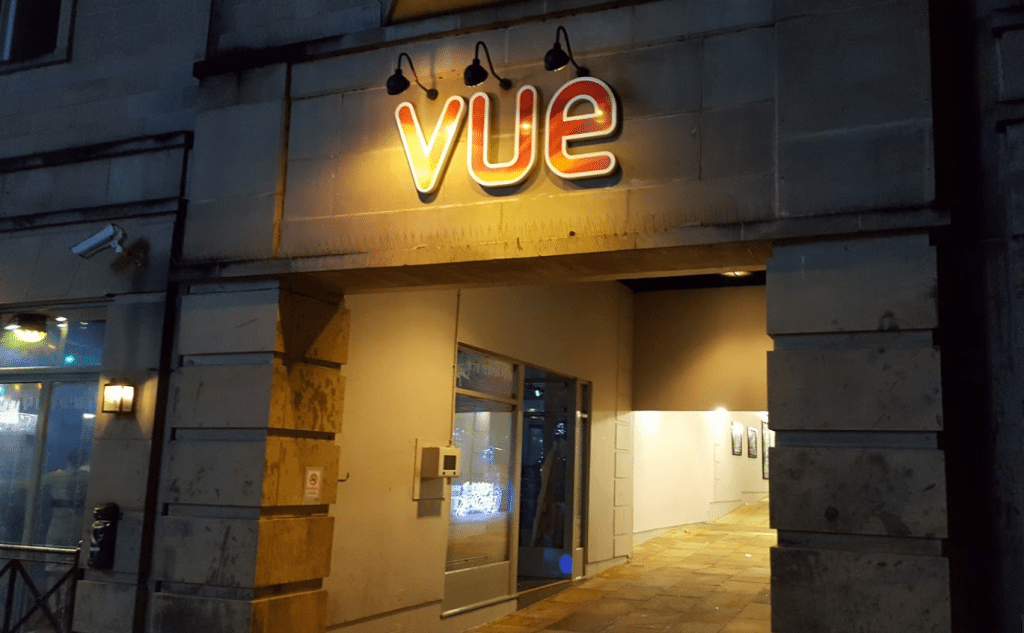 UK – Vue is cutting its cinema ticket price in half for some locations. The Lancaster Vue has cut ticket prices to GBP £4.99 instead of regular £10.79. This is a flat price that also covers tickets for off-peak, students, senior, teen and children. 3D films cost an additional GBP £1.60. Other Vue cinemas part of this year-long deal includes Barrow, Birkenhead, Hartlepool, Hull, Merthyr and Thanet. A Vue spokesman said: “Vue has selected a cross section of sites across the UK for this promotion. The idea is to give those areas a big screen experience for just £4.99.” Surprise news comes after fears for the future of Vue in Lancaster. Charley Guardian – 5 January 2017 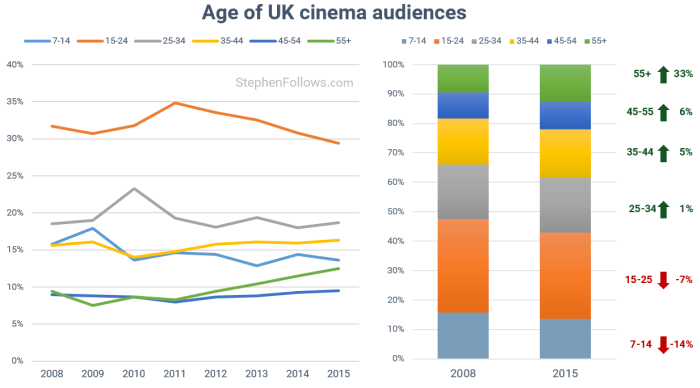 UK – Celluloid Junkie’s friend Stephen Follows has published his analysis of Six Ways the Film Business Is Changing. He always combines data driven insight with a very readable tone, so read it all, or at least Trends 2, 3 and 5, which are of particular importance to the cinema business. We mean it; read it now! StephenFollows.com – 3 January 2016 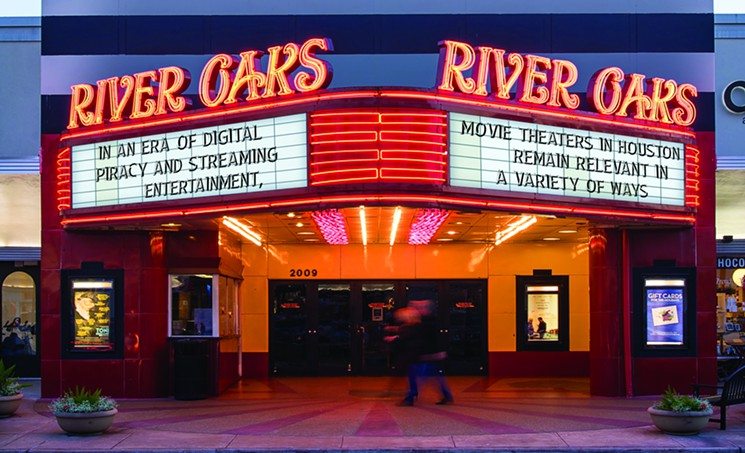 USA (TX) – Houston Press takes an in-depth look at how cinemas are becoming more like impresarios to stay relevant in the age of instant streaming. Here is a taster: 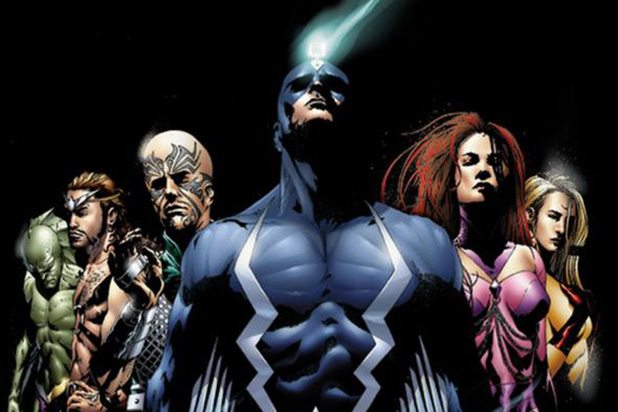 USA (CA) – Los Angeles Times examines Imax’s plans to release Marvel’s TV show “Inhumans” in September. Given that Marvel consistently strikes gold on the big screen (though not always on the small screen), this seems like a fairly safe bet in the post-summer slot. It is more interesting how wide internationally Imax will go across its 1,200 and whether it for example plays in China. Good background on everything from “Sherlock” to CNN’s 2016 Election watching cinemas. LA Times – 3 January 2017 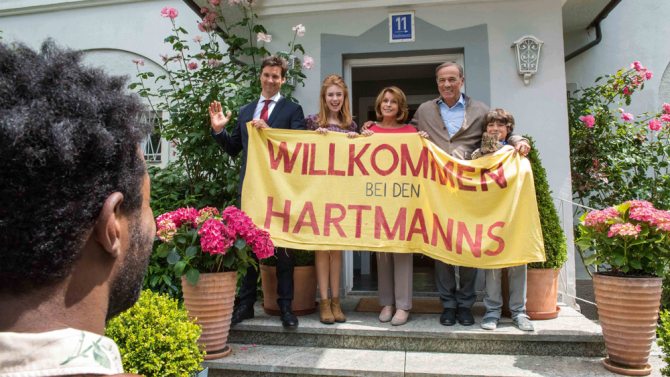 “Welcome to the Hartmanns” – Germany’s biggest local hit 2016 – but not enough to save cinema.

France/Germany – Box office fortunes in 2016 contrasted starkly in Germany in France, both tied to the performance of local hits. France had the second-best cinema BO in 50 years with admissions up 3.6% to 213 million (only 2011 was better at 217 million) and a taking of €1.39 million. And this despite the terrorist attacks. Domestic comedy ““Les Tuche 2” was the second-most seen film, sandwiched by Disney animations “Zootopia” (“Zootopie” in French) and “Moana” (“Vaina” there and most of Europe). Meanwhile German BO shrank 12.4% to €994 million, with local films falling 34.6% compared to the previous year. US films were down 4.2% Y-o-Y. This despite (or because) an increase in titles released from 708 in 2015 to 769 in 2016, of which local films were 184 and 256 respectively. Italy was down 6% despite some strong local movies. 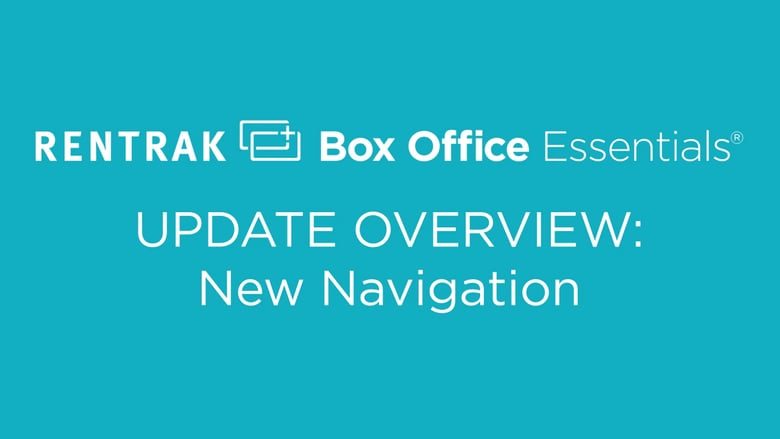 PVR is now part of the Rentrak family of box office sharers.

India – PVR has partnered ComScore to report its daily box office and theatre information for the letters International Box Office Essentials service. Indian multiplexes have long held out against sharing their data with international operators like Rentrak, so it would be interesting what the deal was that persuaded PVR to do this. Medianama – 3 January 2017 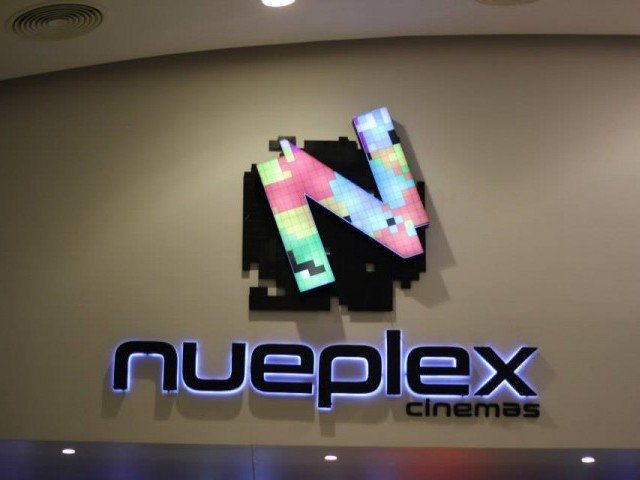 Pakistan – Tax authorities raided the offices Nue Multiplex and Entertainment Company, impounding records on suspicion of tax evasion amounting to millions of rupees. The company operates five cinemas with over 1,100 seats, including three of the country’s biggest screens but is suspected of having under-reported income and over-stated expenditure. The Express Tribune – 4 January 2017

India – Is demonetisation (the withdrawal of INR 500 and 1,000 notes) to blame for India’s cinema funk? Or is Bollywood just not churning out films that audiences want to see? Aamir Khan’s “Dangal” came to belated rescue, but the picture looks less rosy form a wider perspective. Except for electronic payment companies. “While it would be tough to share the exact figures, there has been a definite increase in transactions on BookMyShow,” said Ashish Saksena, the company’s Chief Operating Officer, citing 400% year-on-year increase. Scroll.in – 5 January 2017 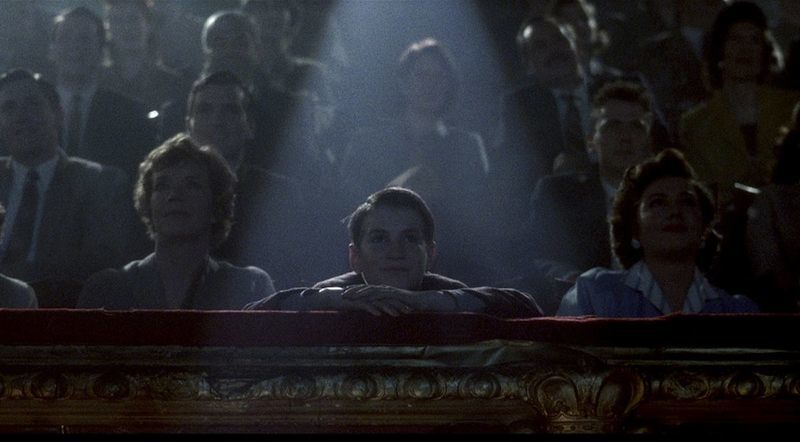 “The Long Day Closes” – back in the day of real projectionists.

USA (NY) – ScreenCrush has an excellent old but still worth reading ‘Step-by-Step Guide to Good Theater Projection’, highlighting some of the biggest problems (dim bulbs, bad masking, etc.) that make for a less-than-satisfactory cinema experience. This to me, alongside dirty toilets and indifferent staff, are a bigger threat to cinema’s survival than Netflix or piracy. But will cinemas listen? Only if customers tell them. ScreenCrush – 26 October 2016 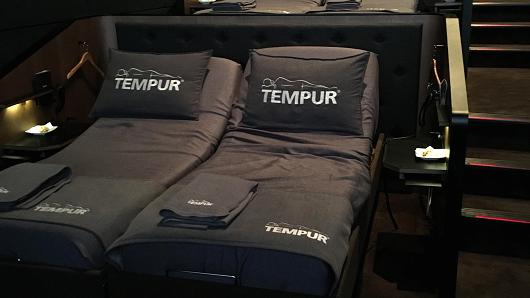 Korea (Republic of, South) – CGV claims to be the first cinema chain to have launched Tempur mattresses with reclining features in a cinema. For the equivalent of USD $35 you get a ticket, drink, cookies and the ability to easily sleep through almost any film. There’s even USB phone charging and coat hangers. Sheets get changed every two movies in the winter and after every movie in the summer. CNBC – 22 December 2016

iOS 10.3 to feature a new Theatre mode – will include a new popcorn-shaped Control Center icon.

USA (CA) – Leaks have revealed alleged plans for Apple to introduce a ‘Cinema’ mode for its iPhone and iPads, which would dim them and mute incoming calls to avoid annoyance during film screenings. If people can’t be taught to put away their smartphones for two hours then sadly this kind of function is only to be welcomed. The Guardian – 3 January 2016

USA (CA) – Imax is opening its virtual reality (VR) experience centre Los Angele’s The Grove this week. It will show games and other interactive content using HTC Vive and StarVR headsets. Next up Imax will complement its Manchester VR centre with a second UK one near London as well as five more location-based VR experiences to test the technology. Iman has also announced a USD $50 million fund to produce VR content, which is also being done by the likes of 20th Century Fox where Ridley Scott is developing a “Alien: Covenant” VR experience to tie in with his film. Variety – 4 January 2017

USA (ME) – A clicky-baity headline (‘Professional librarian pulls out secret weapon at the movies‘) that actually tells you a lot about going to the cinema these days:

Now, there is one more problem I haven’t mentioned about this particular cinema.

It has reclining seats.

I wondered if I would fall asleep if I reclined. I especially worried that my fellow viewers would interpret reclining as an invitation to chat throughout the movie, as they likely do at home.

I was relieved to see the seats were high enough and spaced wide enough apart that I didn’t feel too cozy with anyone except Paul. We chose to sit upright, however. We weren’t going down that slippery slope.

You will have to read the article to found out what happened next (hint, no guns involved).  centralmaine.com – 4 January 2016