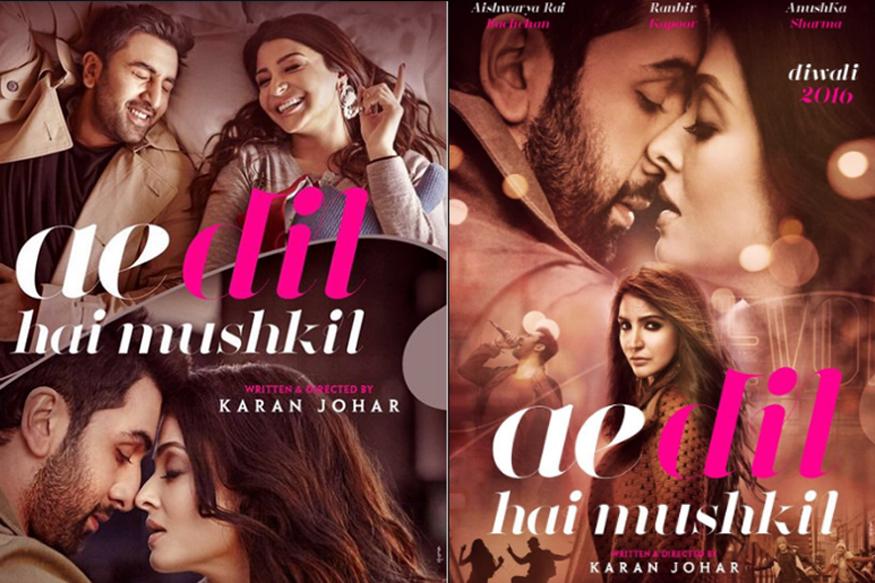 India – More uncertainty over the Diwali release of Karan Johar’s “Ae Dil Hai Mushkil”, which is targeted by rightwing extremists for starring Pakistani actor Fawad Khan. Kamgar Union, which forms 70 % of the manpower in the cinemas in Maharashtra (where Mumbai is the capital), has announced a silent protest against the release of the movie. The Cinema Owners and Exhibitors’ Association (COEA) is also refusing to support the release of the film. The movie is due to open on 28 October during Diwali, India’s biggest holiday. Pink villa – 21 October 2016

India – Should all Indian cinemas play the National Anthem, is the question being asked in the wake of the nationalist fervour surrounding the tit-for-tat cinema proxy war between India and Pakistan. Cinemas in Mumbai/Maharashtra and Goa already do. Courts have been petitioned to compel cinemas, who are resisting the move. Recently a wheel-chair bound man in Goa was beaten up for not standing for the National Anthem. Times of India – 22 October 2016 UK – What impact will Brexit have on UK cinemas, particularly arthouse and independent ones? That was the question at the Screen Exhibition Forum. The speakers seem to have been downbeat about the outlook, particularly if the UK also exits EU’s Creative Europe and Europa Cinema programmes.“I can’t see any positives in where we are going,” said Ian Wild of Showroom in Sheffield. Screen Daily – 21 October 2016

Jamaica – Cinema goers in Jamaica spent USD $573 million in the 12 months ended June 2016, which is 2% down year-on-year, according to Palace Amusement Company. Revenue across it operations were Crib USD $279.2 million, Palace Multiplex USD $149 million, and Palace Cineplex USD $96 million. Concession sales were split USD $129.1 million at Carib, USD $58 million at Palace Multiplex, and USD $42 million at Cineplex. Profits dropped to USD $16 million on total revenue of USD $909 million. It plans to expand in Kingston. The Gleaner – 23 October 2016 UK – Vue cinemas is launching an interactive cinema experience for pre-scholars. Little Screen is a 70-minute show featuring popular television characters such as Hey Duggee, Masha and the Bear, Thomas and Friends, along with a host encouraging audience participation. With two showings across one weekend per month it will cost GBP £2.99. Manchester Evening News – 22 October 2016

Denmark – Cinemaxx Aarhus will become the third Imax cinema in Scandinavia. While Cinemaxx is cool to the large format operator in its native Germany, this is the second screen after the existing Imax screen in Copenhagen. The re-purposed Screen 1 in Aarhus will grow by 26% to 200 square meters and ticket prices will go up by DKR 35-40 (USD $5.12-$5.85). Opening date is set for 14 December for “Rogue One”. Jyllands Posten (DK) – 13 October 2016 India – More details on lapses in cinema fire safety in the Indian state of Kerala. There are questions about why licences were granted to malls in the first place. “The operation of any assembly category building above the height of 30 meters is a serious threat to public life . The corporation, however, appeared unmindful of these and granted them the go-ahead,” a top official with the Fire Department is quoted as saying. Nyoooz – 24 October 2016

UK – The Westway Cinema in Fromme will not close, despite being hit by a fire that is being described as “suspicious”. The cinema’s new owner Pat Scott is quoted as saying, “I’m just going to take this in my stride. There will still be a cinema in Frome, don’t worry.” Somerset Live – 23 October 2016

Poland – Helios has opened a seven-screen multiplex in the Galeria Metropol mall in Gdansk that seats over 1,000 spectators. There is a special focus on kids and young people, with a play and interactive game corner.  Trojmiasto.pl (PL) – 22 October 2016

USA (TX) – We always have a soft spot for Alamo Drafthouse’s PSA that tell you to turn off your smartphone, including this one featuring the music and voice stars of the upcoming Disney animation “Moana”.