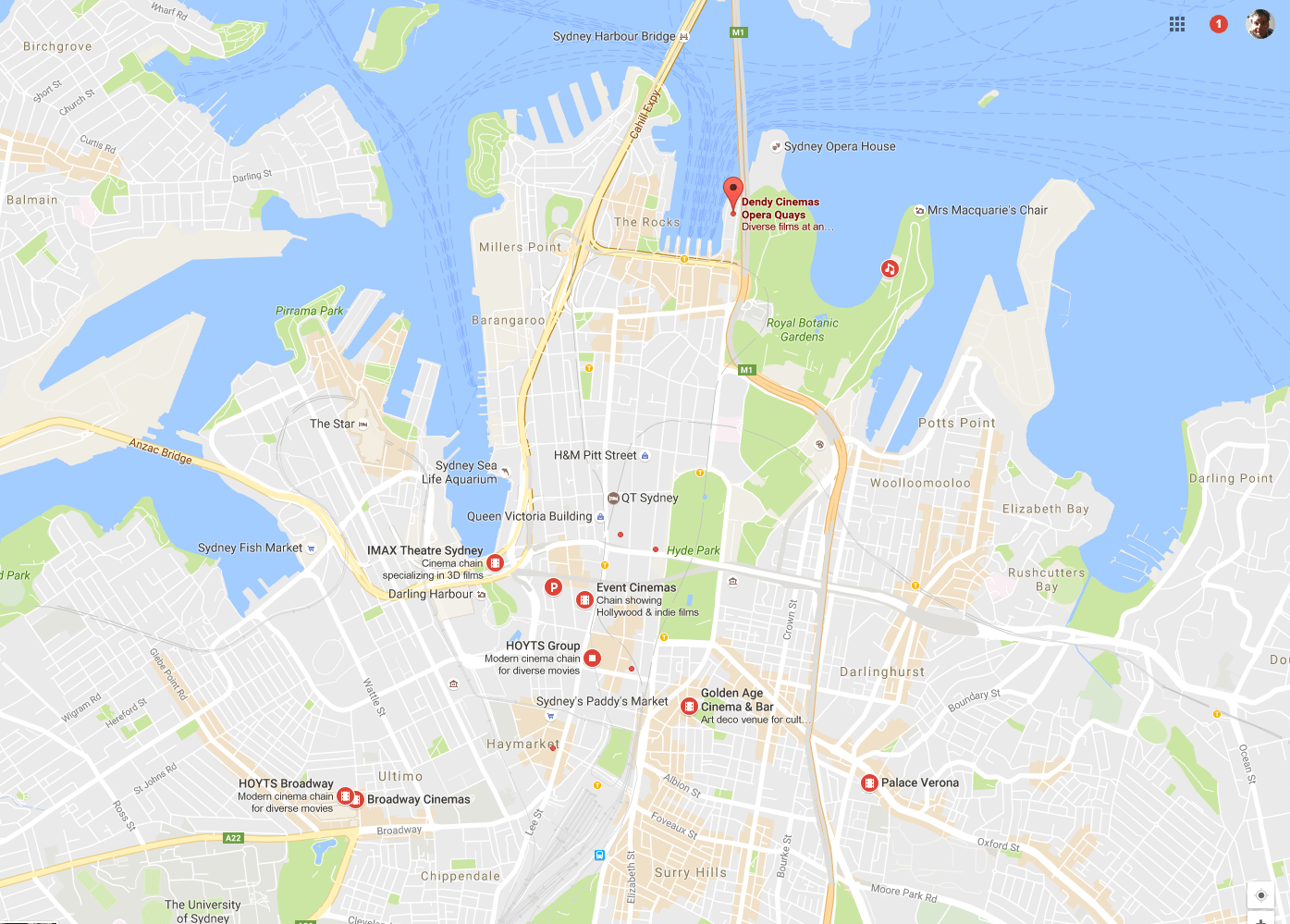 Sydney is set for the biggest change to its cinema landscape in over a decade with the arrival of a new 14-screen multiplex and the demolition of its Imax screen to make way for a new big screen plus a small luxury cinema. Despite Australian exhibitors having some of the best multiplexes in Asia-Pacific, there are relatively few screens in central Sydney, something set to change with the two major announcements in the same week.

Palace Cinemas has revealed that it will build  14-screen multiplex in the Central Park mall in Broadway, to be located on the third floor of the shopping centre. The Palace Central’s auditoriums will be 30 to 100 seats, with three of the 14 screens being ‘Premium Class’, as well as a bar for customers to bring drinks into screenings. In addition Palace plans to open a 10-screen multiplex in the wealthy Double Bay suburb of Sydney, as well as increasing the existing screen count in its Verona cinema in Paddington from four to eight.

When I go to Berlin, every hundred yards there’s a cinema. I’ve just been in London and in Leicester Square, there are four or five cinemas, so I don’t see any problems for anyone in us opening nearby.

Only a few days later it was announced that the Imax Cinema in Darling Harbour is set to be demolished to make way for a new giant screen, as well as a smaller 40-seat premium screen.

The Sydney Imax holds the distinction of the largest screen in the world (and the second most profitable anywhere) and while the new screen will be “marginally smaller” for engineering reasons, it will retain the title of biggest in the world. Seat count will also shrink from the existing 520 to make for larger and more comfortable seats. The cinema dates back to the days of 45-minute documentaries for school classes and while it does also show blockbuster releases, the space is not optimised for an evening and weekend audience.

The reconstruction is part of the creation of a new 20-storey development called The Ribbon, which in addition to the cinemas will feature a six-star W hotel with 588 rooms, as well as restaurants and retail. The current site will close on 25 September and the new one is not expected to open until 2019.

Visitors to Sydney are surprised that central Sydney (aka CBD or the Central Business District) has just two multiplexes, two single screens and an open air cinema. Despite Wanda-owned Hoyts having its headquarter in Sydney CBD, its nearest multiplex is Hoyts Broadway in the Ultimo in the south-west of Sydney.

This leaves the small independent art-house Dendy Cinemas Opera Quays and Event Cinemas George St as the only two ‘proper’ multiplexes. In addition there is the Imax Theatre Sydney, one of the old science-museum type Imaxs, as well as the cosy Golden Age Cinema & Bar single-screens.

High property prices have been a brake on new cinema developments, but a move towards more premium experiences should help the cinema scene in Sydney SBD. The two announcements are also likely to put pressure on the two existing multiplexes. The Event Cinema appears to have few fans, with 553 reviews on Google earning it a measly score of 3.4 stars. Dendy does better with a score of 4.1, but is too small and awkwardly located in the shadow of the Opera House.

An iconic city like Sydney deserves more world-class cinemas, which is why this shake-up has been long overdue.