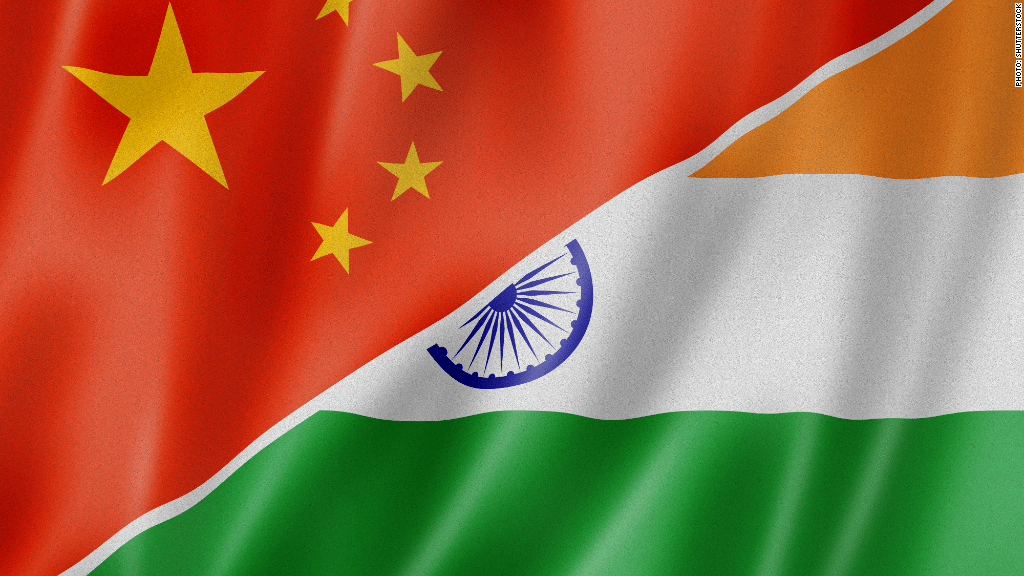 India – Wanda is believed to be circling India’s PVR – again. Interesting if this sees Wanda buying a stake directly, instead of going via AMC, as it did for Odeon & UCI.

Dalian Wanda Group has started diligence on PVR’s books as a prelude to make a formal offer to acquire the company.

However, PVR has denied this, calling it speculation. Yet entering India makes strategic sense for Wanda on a number of levels, with cinema growth likely to stall in China at a time when Indian cinema growth has potential if it can cut through red tape holding it back. Economic Times – 2 September 2016 China – And it’s been a good start to the year for Wanda, according to Variety’s Patrick Frater:

The company said that ticket sales in its theaters grew by 41%, with a value of $597 million (RMB4 billion.) That compares with the 21% box office growth in the wider Chinese market.

Should be enough spare change lying around to pick up an Indian exhibitor or two. Variety – 30 August 2016 China (P.R.) – Cinema operators that fiddle box office numbers could be liable for administrative punishments, including fines up to CNY 500,000 (USD $75,000), business suspensions, and outright bans, under a new draft law aimed at making the film and cinema industry more professional. Those working in the film industry must strive for “excellence in both professional skills and moral integrity,” as well. ShanghaiDaily.com – 30 August 2016

Spain – Cinema operators and film distributors are very unhappy about the Spanish government maintaining the 21% VAT on cinema tickets, imposed two years ago in a steep increase from the previous level of 8%. The People’s Party has proposed reducing VAT on ‘cultural activities’ to 10%, but cinema would appear not to qualify because it is not “live”. Noticias de Alava (ES) – 30 August 2016

Germany – The decline of cinema going in Germany is over-stated, at least for small cinemas which continue to see admission growth. That is the message from Christian Bräuer (head of Yorck Cinemas) on behalf of the trade association AG Kino-Gilde, which represents over 300 small cinema operators. They will gather for the German cinema industry get together Filmkunstmesse in Leipzig on 16 September. Deutschlandfunk (DE) – 23 August 2016

UK – The Odeon cinema in Batch has given up plans to screen films until 3am.

To obtain planning permission many years ago, the complex needed to demonstrate its operation limitations to local residents. The city wanted a modern cinema, residents still wanted a night’s sleep.

Without the necessary constraints within close proximity to residential areas, the planning application would never have been granted.

Poland – Interesting to see Amazon sponsor a summer drive-in cinema in Poland. It is a spin-off from the American Film Festival and will show older films (“Grease”, “You’ve got mail”) but this is the first time Amazon has put its name on a cinema – albeit a non-physical one – as opposed to just distribution. Naszemiasto (PL) – 1 September 2016

France – The planned outdoor screening of “Singing in the Rain” in Paris’ XIIth arrondisemant was called off – not because of rain but because of security fears. “The flow of visitors is difficult to control on the site,” one of the organisers said. Terrorism fears still hang heavy over France. Le Parisien (FR) – 1 September 2016

UK – The Economist’s Prospero looks at ‘The unlikely rise of the British outdoor cinema’ (sur-titled: Screenin’ in the rain – although that’s more the case in Germany than UK this year). Luna Cinema has seen 20% growth year-on-year and the writer seems generally won over by the idea of watching films on picnic blankets with lots of prosecco. It concludes “it’s not about the film, it’s about the camaraderie.” And prosecco. The Economist – 30 August 2016

Venezuela – The third largest exhibitor in Venezuela has selected Cinema Equipment and Supplies – CE+S – for the design and deployment of digital cinema solutions across all 60 of its screens. Cinex Plaza is the last major circuit in Latin America not to have converted to digital yet. Box Office Pro – 31 August 2016

New Zealand – Majestic Cinema in Taihape is one of the last cinemas in the country to make the switch to digital. Operating just three days a week, the cinema was able to raise the NZD $80,000 required to buy and install digital equipment. The cinema has not been able to show new films since 2014 when 35mm prints stopped. However, it is not alone:

The Regent in Pahiatua was saved in 2014 when the Central Energy Trust provided it with an $80,000 grant to upgrade to digital, while its namesake in Dannevirke has been closed since 2012. In the same year Reading shut down its multiplex in Hastings and two cinemas closed in Hamilton.

It seems that the silent deaths of too many cinemas is a fact in many small towns. Stuff.co.nz – 30 August 2016

USA (FL) – Celebration! Cinemas will equip all of its cinemas with closed caption devices after being sued by a deaf patron for not providing such facilities. All 11 of Celebration!’s theatres will offer closed captioning devices by mid-October. The exhibitor will also plans upgrade assistive listening as well as including audio description tracks for visually impaired visitors by that date. WoodTV.com – 1 September 2016

Germany – A masked man held up a the Theater am Weisshaus cinema at gun point in Köln-Sülz, robbing it of several hundred euro. The man robbed the cinema on Luxemburger Straße at 21:50 on a Saturday evening and has not yet been found by the police. KSA (DE) – 28 August 2016

UK – The London Film Festival will see the creation of a temporary 780-seat cinema by the Thames. The Embankment Garden Cinema will only exist for 12 days but is a solution to the apparent lack of cinema space for the festival and is the brainchild of the BFI. It will feature 4K projection and Dolby surround sound. Time Out London – 1 September 2016

UK – The Light Cinema Bolton is set to open later this month. Here are the first photos from inside it. Originally due to open end of 2015 the project was delayed because of construction challenges of creating it on top of a shopping centre. The Bolton News – 2 September 2016

France – Ten objections have been filed with the French audio-visual authority CNAC against the plans to open a seven-screen cinema in Capuchins. Brest already has a total of 39 cinema screens, making it one of the most densely cinema supplied region in France, and there is concern that the new multiplex could lead to an over-supply situation. Le Telegramme (FR) – 31 August 2016

USA (KY) – The Cinemark Movies 10 at Woodpile is closing after Labor Day. The 10-screen cinema was the first in Lexington to get stadium seating and was once considered the city’s the top theatre. Its closure will leave Lexington with just three first-run cinema: the Kentucky Theatre on Main Street, Cinemark at Fayette Mall and Regal Hamburg Pavilion Stadium 16. Back in 1999 Cinemark had 26 screens in Lexington, including the now also closed Man o’ War Movies 8 and Lexington Green Movies 8. Kentucky.com – 1 September 2016

UK (Northern Ireland) – One of Belfast’s last art deco cinemas has been saved, through an act of “divine intervention”, though it will re-open as a meeting hall for Windsor Baptist Church, rather than as a place to worship the film art. Still, better than seeing it demolished. Belfast Telegraph – 1 September 2016

UK – Meanwhile one of London’s last art deco cinemas will be demolished to make way for a super market. No divine intervention for the 80-year-old Towers Cinema Building in Hornchurch High Street despite opposition from local resident to the plans. There are already six supermarkets in Hornchurch, of which three lie within half a mile of the Towers building. Londonist – 31 August 2016

Norway – Ringen cinema in Oslo is the latest to join the trend of ‘Dog Cinema’ with canine’s and their owners able to enjoy Laurie Andreson’s “Heart of a Dog” together. The screening sold out quickly and cinema manager Marianne Zecca is quoted as saying:

We have chosen the hall with leather seats, because these are easiest to clean. The movie is also the last one on the daily programme, so there is some extra time for cleaning and ventilation.

Austria and UK have also held dog screenings, and the trend will no doubt spread. Xinhua – 31 August 2016