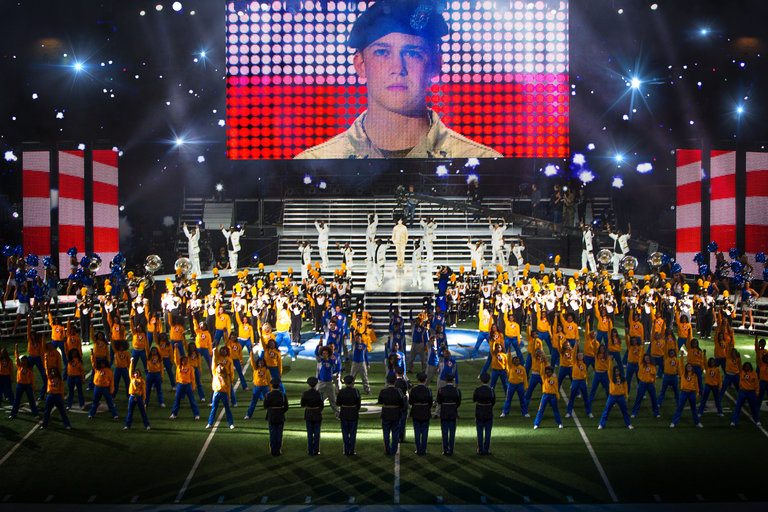 USA (NY) – Ang Lee’s ambitious new film “Billy Lynn’s Long Halftime Walk” was made to be shown in 120fps, 4K, immersive audio, stereoscopic 3D with at least 14 footLamberts brightness. But can cinemas keep up with these new technology demands, asks the New York Times? New York Film Festival will show the film to the director’s specifications on 14 October in a 300-seater at AMC Lincoln Square, where it will continue to play afterwards. Ofter cinemas will show it in 120fps but not 3D or Imax 3D at 60fps. New York Times – 22 August 2016 China (Hong Kong S.A.R.) – Virtual Reality (VR) company VRrOOm has announced plans to open a network of VR cinemas in China, France and the United States. Announced at the BIRTV trade show in Beijing, it follows a partnership with Chinese cinema systems provider CFEC (a subsidiary of China Film Group) and CineMovida in France. DigitalTVEurope – 26 August 2016

India – A Dubai-based consortium has announced plans to build 10,000 4K cinema screens (sic!) across India, which is estimated to cost USD $10 billion over the next five year. The venture is lead by Sohan Roy, founder chairman and CEO of the Aries Group of companies, which ones a multiplex in Thiruvananthapuram in the Indian state of Kerala. The move could be said to be “ambitious”, if it did not completely fly in the face of the reality of cinema building in India. Business Standard – 24 August 2016

USA (FL) – Habib Osman, CEO and General Director of Royal Films, is ShowEast’s “International Exhibitor of the Year Award” recipient this year. Royal Films is the second largest company in Colombia by BO, with 43 multiplexes, 218 screens, and 35,206 seats in 27 cities. As of next month it begins its International expansion with the opening their first multiplex cinema in the City of Panama. Press release – 23 August 2016

India – Hindustan Times looks at the decline of single-screen cinemas in Delhi, which has been steady since the first PVR cinema opened in 1997.

Attempts at survival are proving to be ineffective. Even after renovating the cinemas, installing latest technologies, and keeping the price of tickets to minimum, these cinemas find themselves inching towards the end.

India – Meanwhile piracy continues to be a major problem for the Indian film industry, with several films available online and on discs even prior to their cinema release, including the Hindi “Uata Punjab” and “Great Grand Masti”, as well as the Tamil “Mapla Singam”. According to producer, distributor and exhibitor Abirami Ramanathan, in one multiplex alone in Bengaluru, “as many as seven Tamil films were pirated over the course of two months.” Very troubling. The Hindu – 27 August 2016

China (P.R.) – The shaky camera style of shooting that characterises the “Bourne” movies has led to complaint in China, where people complain of dizziness. China is the only territory where the film is screening in stereoscopic 3D (it was post-converted), and audiences also complain that only eight of 149 cinema screens in Beijing and nine out of 179 in Shanghai offer the movie in 2D version, which typically cost just half of the 3D version. SeDaily (KR) – 26 August 2016

Argentina – Street fighting between rival gangs led t a teenager being stabbed in Cine 8 when he sought refuge. The attackers also took advantage of the chaos to steal some popcorn, sweets and merchandising. The staff called the police, who took the youth to the local hospital but no arrests have been made. El Dia (ES) – 27 August 2016

Germany – Open-air cinema in Munich has been a wash-out. Of 74 planned screening 32 had to be cancelled because of rain and storm. It is the worst summer since 2011 – though no doubt this has benefitted regular indoor cinemas. Munich has several open-air cinemas, but only one (Kino, Mond & Sterne – Cinema, Moon & Stars) defied the weather gods and screened their films regardless of rain. TZ (DE) – 26 August 2016

New Zealand – Tauranga is set to get a five-screen multiplex with over 1,000 seats in total at Tauranga Crossing. Event Cinema Tauranga Crossing will also have the region’s first Vmax big-screen – 24m wide and 9m high. All auditoriums will have dolby Atmos. NZ Herald – 29 August 2016

AMC Empire 25 in Times Square inexplicably has 19 showings of @ninelives between 2 am and 3:30 am tonight pic.twitter.com/D83UnbMOZe

USA (NY) – Kevin Spacey’s feline opus “Nine Lives” was declared a dog by most critics, but AMC New York seems to believe it has found a midnight cult movie following. What other explanation can there be for having 19 screenings of the film between 2am and 3:30am? Contractual obligation? Catering to the vampire/hooker crowd?