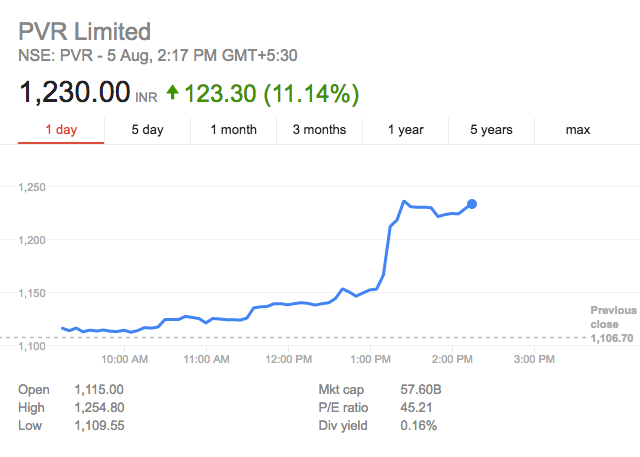 Shares in PVR and Inox Leisure have shot up sharply on the news of the passing of the Good and Services Tax (GST) in India. Multiplexes will be major beneficiaries of a streamlined taxation system that will do away with the reviled ‘entertainment tax’ and a myriad of other taxes that have hampered growth of new cinemas, not to mention other aspects of the Indian economy.

The introduction of the GST marks the most significant market reform since India began to liberalise its socialist-oriented economy in 1991 – 12 years after China began its own economic reforms. The GST is the 122nd Amendment to the Indian Constitution and was passed on 3 August in a rare bi-partisan move in both houses of India’s Parliament with over two-thirds majority.

The GST (also known as value-added tax or VAT in some countries) replaces many local and regional taxes, such as excise duty, service tax, state VAT, central state tax, luxury tax, entertainment tax and octroi, that were deemed inefficient and difficult to monitor. Good and services will instead now be taxed at point of consumption, with a dual-structure for the Centre (national) and State level. Taxing alcohol and petrol will remain under the control of states but all other good and services will have a unified national tax rates.

The GST introduction means that multiplex operators in India no longer have to face a plethora of different taxes, levies and charges in each of India’s 29 states. This also means that pan-Indian exhibitors such as PVR escape the 27% entertainment tax that is levied on tickets in many states (though multiplex operators are often expected in their first few years of operation), as well as charges for revenue from food and beverage sales.

Instead PVR et al are likely to pay around 18% on the value added, which means that the operators can deduce the levy that is embedded when it pays vendors. It is estimated by brokerage firms Emkay Global and Edelweiss that PVR’s EBITDA margin could improve by 400 to 500 basis points (4%-5%), which given that it has been between 14% and 18% is quite impressive. The jump in the share price of both PVR (above) and Inox (below) is thus quite understandable. 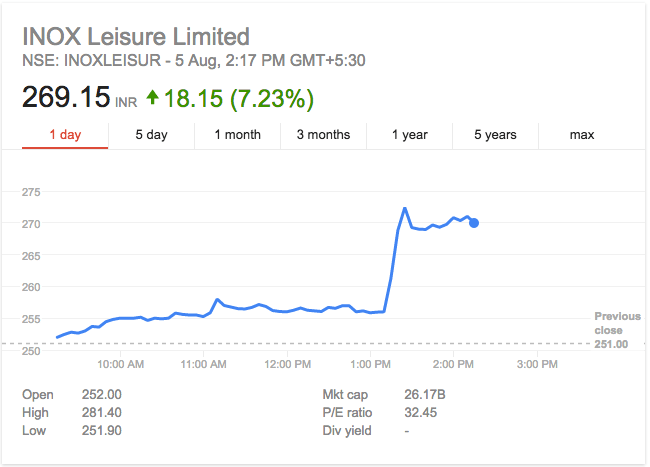