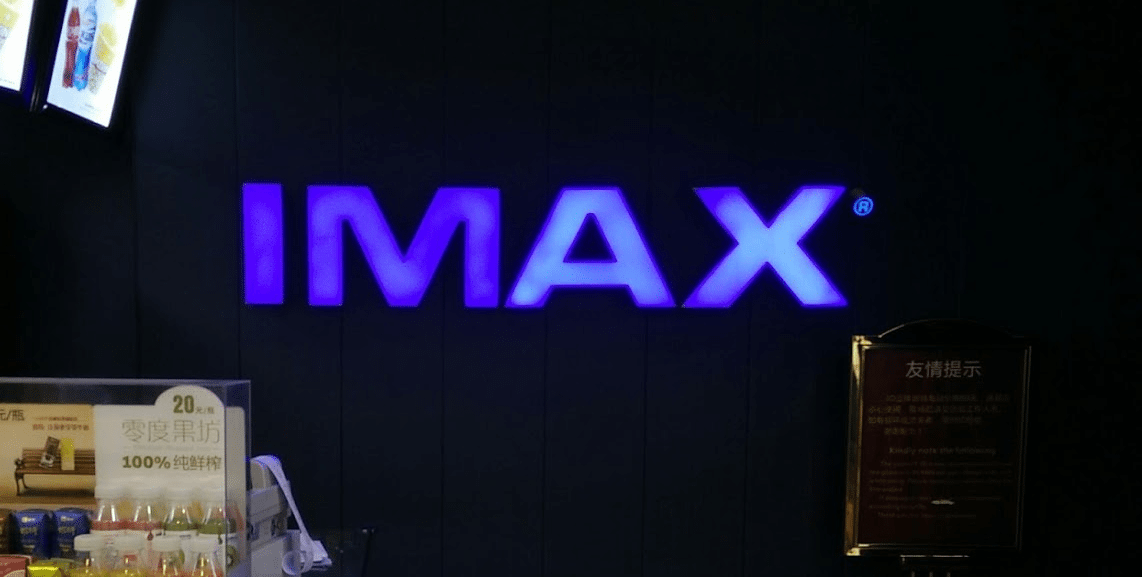 China (P.R.) – The same week as Wanda struck its major deal with RealD the cinema operator also signed a record deal with Imax, agreeing to install another 150 large format screen in its Chinese cinemas over the next six years. The deal brings the total number of Imax screens built or committed in China to 742, almost twice what it has in North America. China now generates a third of Imax’s global takings. The number of local Chinese releases in Imax is set to rise from eight to 10 this year. Variety – 2 August 2016 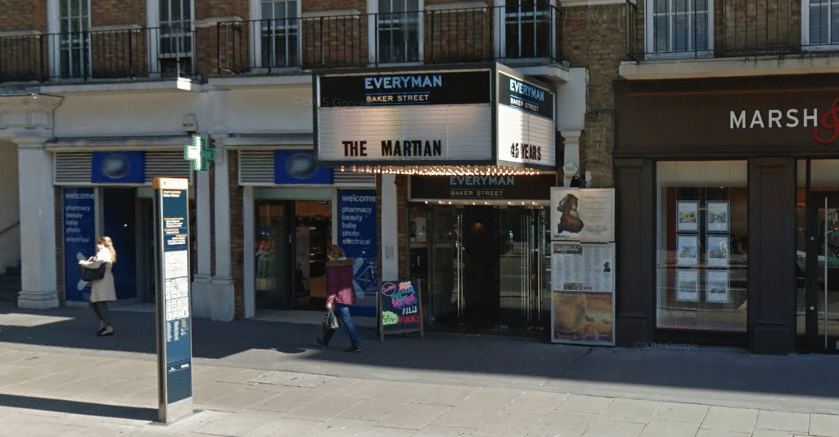 UK – The Guardian has an in-depth profile of UK art-house operator Everyman, which is making a success of refurbishing older Odeon sites into upscale cinemas with wine, nibbles and wide selection of films, pushing up earnings in those sites by up to 60%. Everyman is currently busy expanding outside of London, revamping old venues in places such as Bristol. “If anyone thinks they have got an existing cinema and wants to move on, or an old bingo hall or just a cute space we can fit in, we’re interested,” CEO Crispin Lilly is quoted as saying. It expects to pick up more sites from Odeon since its acquisition by AMC. The Guardian – 5 August 2016

USA (FL) – A group of mothers who took their babies to see “Bad moms” at the Regal Cinema in Fort Meyers were first evicted from the screening and then told to “Cover up or leave” the cinema complex for breastfeeding in the lobby area. “The state of Florida, by statute, permits a mother to breastfeed in a public or private place without precondition or having to cover up or be embarrassed,” the mother’s attorney Sawyer Smith is quoted as saying. The case may go to court. NY Daily News – 3 August 2016

UK – London’s Rio cinema has been selected in a trial to improve the customer experience. Cinema Know How, run by Film Hub, looks at the customer’s journey from booking tickets online, to navigating around the cinema complex. This scheme was first trialled at the Broadway cinema in Nottingham and is now being tested elsewhere. Rio is also finalising plans for its second screen. Hackney Gazette – 1 August 2016

USA – The AMC-Carmike merger seems more likely after one of the largest shareholders in Carmike came out in favour of the deal at the new price. Driehaus Capital Management will vote in favor of AMC Entertainment’s improved offer. “We are confident that Carmike’s current standalone value is substantially in excess of the $33.06 per share offer. However, we are not as confident that it would be one year from today given management’s focus on selling the company rather than growing it,” the investment advisory firm stated. Seeking Alpha – 4 August 2016

USA (TN) – Investor Philip Anschutz plans to sell 13 million shares of Regal Entertainment Group, valued at USD $303 million.Anschutz Corp. will still control 74% of voting power in Regal after the sale.BofA Merrill Lynch is underwriter for the offering. Regal is set to be overtaken as the biggest cinema chain in North America with the merger of AMC and Carmike. Bloomberg – 3 August 2016 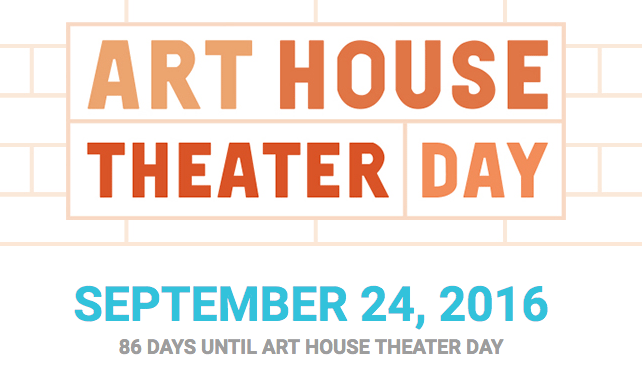 USA (MI) – The first wave of films has been announced for Art House Theatre Day, when 160 cinemas across the US share a day of new and old films on 24 September. Film include Magnolia Picture documentary “Danny Says” and a 2K restoration of Terry Gilliam’s “Time Bandits”. Press Release – 28 June 2016

Thailand – Major Cineplex is accused of having neglected complying with public building safety regulations according the Building Safety Inspectors and Officers Association (BSA) in the Major Cineplex Pinklao where a major fire broke out last week.

The operator of the cinema in Bang Phlat district of Bangkok had not submitted a report showing the results of mandatory safety inspections for about three years, said Wasawat Kitsiriteeaphak, president of the BSA.

Additional failings were also uncovered and the cinema was fined THB 60,000 (USD $1,723) plus a daily fine of THB 10,000 (USD $287) for every days since it failed its fire inspection. Two people were injured in the fire, which ravaged most of the screens on Major Cineplex’s oldest multiplex. Bangkok Post – 4 August 2016

Germany – Bildt asks the perennial question about whether audiences are allowed to bring their own food into cinemas. To cut a long story short: yes, cinemas have the right to block you from bringing in your own food, but, no, they are not allowed to search your bag. Only the police can do that. Settled? We doubt it. Bildt (DE) – 4 August 2016

USA – 4DX is making inroads across the United States with its motion seating, having signed a contract with Regal to expand to 40 cinemas by the end of 2018. The two already have deployments in Los Angeles and New York, but under the new deal it will also see it arrive in Regal cinemas in cities such as Seattle and Orlando. As of the middle of this year CJ CGV operates 268 4DX cinemas in 41 countries globally. The Korea Herald – 3 August 2016

USA (FL) – This year’s “International Distributor of the Year Award” at ShowEast is Marcio Fraccaroli, CEO of Brazil’s Paris Filmes. Andrew Sunshine, Vice President of The Film Expo Group, is quoted as saying, “He is a dedicated leader whose passion and commitment has helped distribute films in Brazil. We congratulate Marcio on this richly deserved honour.” Press Release – 4 August 2016

UK – Odeon has appointed its first Imagination Apprentice. Her’s was the winning entry in the competition “What secret life my family pet leads whilst we’re out of the house”.

With her winning story “When My Sister’s Cat Came To Stay”, Jaclyn was invited to her local cinema at MK1 for a private screening of The Secret Life of Pets with more than 80 of her friends and family, as well as seeing her work brought to life by local illustrator Creative Bone and printed onto large artworks around the cinema.

Germany – Berlin has not had a new cinema since 2001, but local art-house major Yorck Group will open  seven-screen cinema in the pedestrian space under the Bahnhof Zoo in the west of the city. The area has been experiencing a revival with the renovation of the Zoo Palest and new building such as the Bikini Berlin mall. UCI Kinowelt will also open what will be Berlin’s largest multiplex when the 14-screen cinema opens between the Mercedes-Benz Arena and the East Side Gallery in 2018. Tages Spiegel (DE) – 4 August 2016

India – PVR has opened a six-screen multiplex in Xperia Mall, Palava in the Greater Mumbai area. PVR now has 557 screens in 121 cinemas across 48 cities. Ajay Bijli, Chairman and MD of PVR is quoted as saying that “The launch is in line with our strategy to expand presence in areas which have the right demographics… We have always had a location led strategy and this location made sense considering it gives us the opportunity to provide a product at every price point.” Business Standard – 3 August 2016

Nigeria – Muslim clerics in the northern Nigerian state of Kano has blocked the USD $10 million construction of a film centre. “We do not want it, we do not need it. We will continue to encourage people to revolt against this cinema centre,” Kano campaign leader Abdullahi Usman Gadon-Kaya is quoted as saying. Kano produces 40% of Nigeria’s total film output. Africa News – 2 August 2016

Korea (Republic of – South) – Megabox is trying to set a record for the highest altitude outdoor cinema with a screening in Mountain Cinema Phoenix Park in Pyeongchang, Gangwon Province at a height of 1,050 meters over sea level. The outdoor cinema screened a pre-release of Korean film “National 2” to 756 spectators on blankets with picnics and will continue to show the film for a week. Joins (KO) – 2 August 2016