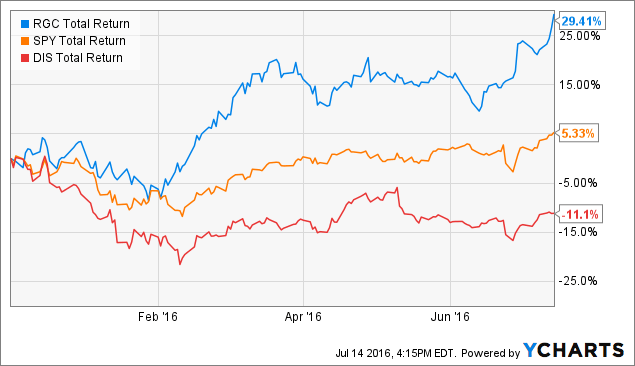 USA – Is it time to cash in your Regal shares? Seeking Alpha contributor Cory Cramer seems to think so, having predicted (correctly) that the cinema chain would outperform Walt Disney in terms of benefitting from the latest “Star Wars”. Regal shares are up 30% since December and it has also outperformed AMC and Cinemark. Seeking Alpha – 15 July 2016

France – StudioCanal has pulled “Bastille Day” from cinemas following the truck attack in Nice that killed 84 people. Initially on publicity for the film was pulled but the distributor decided to ask cinemas to de-program the film, which centres on a bomb attack in Paris. Variety – 16 July 2016

Thailand – Despite being the largest cinema industry in South East Asia, there is still plenty of room for growth in Thailand, claims market leader Major Cineplex Group. The Thai film industry is also expected to grow by 10% this year. Major plans to increase its current screen number of 620 to over 1,000 by 2020. Rival SF Corp has 322 screens in 48 locations, with 30 to 50 new screens set to be added per year. Growth is mainly expected in smaller cities. The Nation – 18 July 2016 Germany – Motion seating is slowly penetrating the traditionally conservative German cinema market. Dietrich Filmtheater has installed 37 D-Box seats in three of its screens in in the Neu-Ulmer cinema at a cost of €185,000. Interesting but not surprising that German cinemas favour replacing middle rows/seats rather than converting the entire auditorium, meaning that D-Box has a better grip on the market than arch-rival 4DX. 50 cinemas in Germany have so far installed this SWP (DE) – 16 July 2016

USA – Cinema advertising had a good year in the US in 2015 according to BoxOffice Pro. Despite the non-merger of NCM and Screenvision there was a 13.4% year-on-year growth with the market growing to USD $716.4 millionNational/regional sales dominated with 76.83%, with new categories and an increased focus on Millennials. BoxOffice Pro – 15 July 2016

Australia – A cinema in Batemans Bay has closed following a social media backlash after the cinema staff refused a young cancer sufferer to enter the cinema with his backpack containing his essential medications. The family posted their complaint online which was met with a huge response, forcing the cinema to close for now, putting up a notice saying it is shut “due to threats against our business and staff members”, and that they “can no longer guarantee the safety” of patrons or staff. SMH – 17 July 2016

Malaysia – Fundamentalist Islamists continue to oppose the opening of a cinema in Malaysia’s east coast state of Kelantan. Paragon is rumours to be opening a multiplex, but the local government claims not to have received any licence applications, though admits to negotiating with Paragon about terms that comply with the state’s strict Sharia laws. MalayMail Online – 18 July 2016

India – If you wondered why there is sexual violence and murder of women in India. Chennai’s High Court knows – cinema is to blame it turns out. Justice N Kirubakaran laid it all out in a verdict on blocking ISPs from allowing downloads of Rajinikanth’s “Kabali”:

Many social evils and recent crimes are, no doubt, the effect of recent films. Youths are made to believe that they can win over an urban girl by constant stalking. When they fail in their attempt, they are unable to withstand the frustration and they resort to committing crimes.
Cinema industry, especially the leading actors, should think over before accepting any role as to the impact and it is likely to cause on the society in general as well as a youngsters and their fans. They should also avoid drinking, smoking in their moves so as to prevent their fans from following them.

‘Social responsibility obligations’ are next in line for the Indian cinema industry, as per the justice’s suggestion. Times of India – 15 July 2016