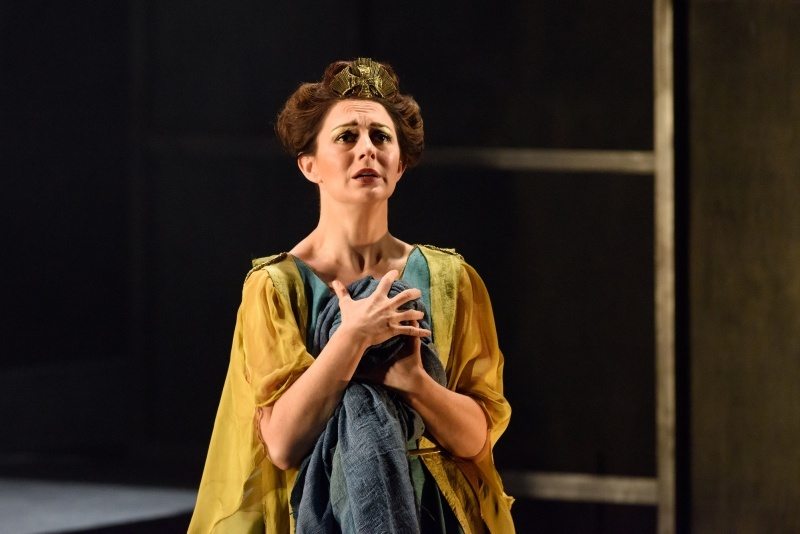 The English Touring Opera (ETO) has challenged the consensus that live screening of operas in cinemas grow the overall audience for cinemas, as highlighted by Arts Professional. ETO also raises questions about research that has been done in this field, having done its own surveys that indicate that opera screenings bring few benefits to touring and local productions. Talking exclusively to Celluloid Junkie, the head of the Event Cinema Association (ECA) Melissa Cogavin, responds to these claims and counter-claims.

The intervention from ETO comes after the Chair and Chief Executive of Arts Council England (ACE), Sir Peter Bazalgette and Darren Henley, testified to the UK’s Culture, Media and Sport Select Committee’s ‘Countries of Culture’ Inquiry that cinema screenings were growing the reach of opera and arts. It is worth quoting at lengths from the testimony given:

Q100    Paul Farrelly: Have you found that local institutions have generally been nervous about this and that they might be taking a share of a fixed size of cake rather than growing the cake?

Sir Peter Bazalgette: There was definitely nervousness four or five years ago when this started. I mentioned the Sheringham Little Theatre I was at the other day, and the lady who runs it was very clear with me. She said, “Two years ago I was totally against this,” but she is now totally in favour of it because she sees the benefit. We did do a report, I believe, Darren, with the BFI to say, “Is this damaging live theatre locally?” and it is not.

Darren Henley: There are some great examples. The Dukes Theatre in Lancaster has a very good cinema programme and a very good live theatre programme as well. When I went to the Courtyard Theatre in Hereford they told me very clearly that although the NT Live-type shows are also on in the cinema down the road, people like to come to the theatre environment to watch them because it is a more artistic experience.

(Emphasis added.) The inquiry and Darren Henley then go into detail about event cinema and stage performances are different experiences.

Q101    Chair: If you go and see an opera or a theatre in the room itself, you are having a completely different kind of experience than if you are watching closely-cut, focused close-ups, different styles of acting. It is not the same kind of experience and you can see why it would not be competing in quite the same way.

Q102    Chair: Nicely put. You have done some work on that and you have an active programme to promote new entrants into the market. Is that what you are saying?

This is not so much meant as promoting audiences as performers who might wish to stream their content, with the cost of capture ranging from GBP £20,000 to £200,000.

The ACE together with UK Theatre and the Society of London Theatre, has launched a GBP £40,000 research project to examine the impact of ‘live to digital’ screenings on live theatre, as well as touring performances and new audiences. The aim is to fill “knowledge gaps” as well as to “inform policy and investment.” The survey was directed at both audiences and institutions.

According to Arts Professional the aims included establishing with greater certainty:

The survey concluded on 1 May and the findings have not yet been made public. These findings thus echoed the earlier finding from a study called ‘Opera in Cinemas’ done by the ETO together with the Guildhall School of Music and Drama published in May 2014, based on a questionnaire and focus group discussions. The findings were good for event cinema but less so for stage events:

In sum, the implication is that attending cinema relay is more likely to inspire further attendance at a cinema rather than encourage people to transition to a theatre experience. In line with this, a sizeable minority (25.1%) of participants who hadn’t attended a theatre performance in the last 2 years reported feeling less motivated (18.8% ‘a lot less’).

“A lot has been speculated about the potential for cinema relays to create new audiences for live opera. I would love that to be the case but, as this research indicates, it may be wishful thinking.”

Yet another piece of detailed research by NESTA suggests that if not helping, then at least event cinema is not cannibalising touring and local productions. The study ‘What impact does live broadcasting have on theatre attendance?‘ found that:

First, there is no evidence in any of our models that the National Theatre Live screenings have on average harmed attendances at local theatre, at least in our sample of venues.

Second, there is evidence of a boost in theatre attendances in London for populations near cinemas participating in National Theatre Live.

Third, that the impact on non-theatre performances is almost as strong is puzzling and requires further research.

Fourth, our research illustrates the value of public agencies collating and making available to researchers big data sets in the arts (open data), just as is the case in other areas.  (original emphasis).

Yet the ETO insists that the available research is “not consistent” and is also “not done well enough” to be considered a definitive argument for the impact of event cinema. ETO artistic Director James Conway is quoted as saying that “If there’s a direct clash, we lose audiences. And so do they – because it’s the same audience. Only the audience for film opera is smaller.”

This has led the ETO to call for a national UK strategy for the screening of stage events. This move has the backing of the Royal Shakespeare Company (RSC), the Globe and Digital Theatre, but is opposed by the National Theatre (NT) and the Event Cinema Association (ECA). NT’s Head of Digital David Sabel is quoted as saying that, “Our position is that how and where venues engage in screenings should be determined by audiences. If there is a venue that says that they have the audiences, why should we deny NT Live to them?” before elaborating that ““I’m not sure whether it would actually be a good thing to have an overarching framework dictating everything on a national level.”
ETO’s Press and Marketing Officer Cécile Beauvillard wants to see more independent research done and while broadly in favour of event cinema, but calls for better planning and co-ordination. “We just need to have discussion and consultation to make sure venues don’t have ten nights of opera in April and then nothing else for the rest of the year,” she says.

Celluloid Junkie put these points to Melissa Cogavin, head of the Event Cinema Association (ECA) in an email interview.

Celluloid Junkie: Does the ETO have a point in asking for better co-ordination?

Melissa Cogavin: I can see many differing viewpoints on this. Some are calling for planning and strategy, others for more independent research. The Arts Council have produced some independent, very thorough research that I was involved in as one voice of many on both sides of the argument, and I support their findings; it’s the first report of its kind. The questions I was asked at the time actually seemed skewed towards sympathising with the ETO and their contemporaries. As it turned out,  it would seem the opposite is the case and the findings supported the growth of opera in all forms.
CJ: What about the claim that performances are not evenly spread throughout the year?
Melissa Cogavin: Cécile Beauvillard’s assertion that there are ’10 nights of opera in April and nothing else for the rest of the year’ appears to be inaccurate.  If she’s referring to established providers of event cinema opera such as the Royal Opera House, the Met Opera, even the more recent and sporadic ENO let her be reassured that they have a clear release schedule showing a performance once a month for ten months of the year in line with the season at their own venues. This is announced publicly each year between February and April, ahead of the season beginning in October for the following year. This also provides touring companies with advance notice so they can potentially avoid clashes.
CJ: So what could companies like ETO, as well as other stage and event cinema operators be doing?
Melissa Cogavin: I agree that some open dialogue between live opera providers around the UK and those releasing theatrically in cinemas would be welcomed and even encouraged. The repertoire for opera is limited and clashes can occur. Ultimately we are all opera fans and want to see opera endure and flourish for generations to come, so let’s work together to protect and grow this most unique of art forms.
Follow me
Patrick von Sychowski
Editor at Celluloid Junkie
Patrick was a Senior Analyst at Screen Digest, went on to launch the digital cinema operations of Unique and Deluxe Europe, then digitised Bollywood at Adlabs/RMW, and now writes, consults and appears on panels about cinema all over the world.
Follow me
Latest posts by Patrick von Sychowski (see all)
Send this to a friend