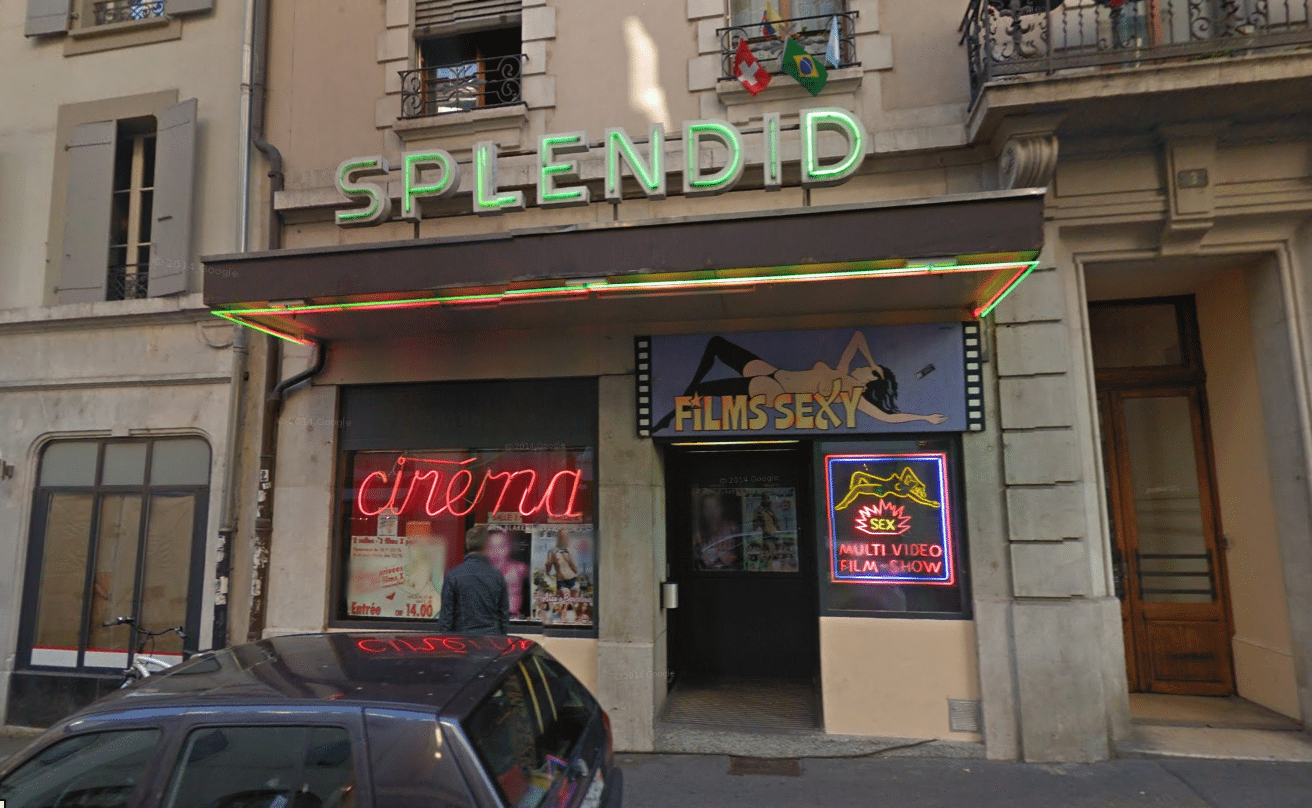 The death of the last ‘adult’ cinema in Geneva seems to have been foretold for many years, Tribune de Geneve wrote recently. The ready availability of pornography online, much of it free, has killed off such cinemas in most other countries, including the last on in Singapore this month.

Yet while its audience at the Splendid cinema has shrunk by a third since the 90s, the cinema keeps going. Kaspar Schmid, the head of the parent company East Cinema, states that “we decided to continue the adventure, and even make some small investments.” The cinema recently installed new red leather chairs to fit in with the ambiance of the place. Future plans include a smoking room and a discreet side entrance for patrons.

The reason that Splendid keeps going and surviving by charging male customers Sfr 14.00 (USD $14.46) is because the City of Geneva will not permit them to change activities. Remarkably Splendid is not only cinema of its kind, with East Cinema operating a total of eight such cinemas acres the alpine country.

The strict Land Use Plans (LUP) in Geneva means that a cinema can only be closed or replaced by another similar operation. But with less than 100 seats, the Splendid is too small to operate as a regular cinema. Plus, Kaspar Schmidt adds, ‘For the City, we make the neighbourhood livelier.”

East Cinema previously closed its cinema in Freiburg in 2009 because the cinema was no longer suitable for the residential neighbourhood. Geneva’s Department of Construction and Planning, which is in charge of regulation and zoning, has said that it will consider a closure of the business, if the trader demonstrates that the business activity is no longer viable given the rest and other costs.