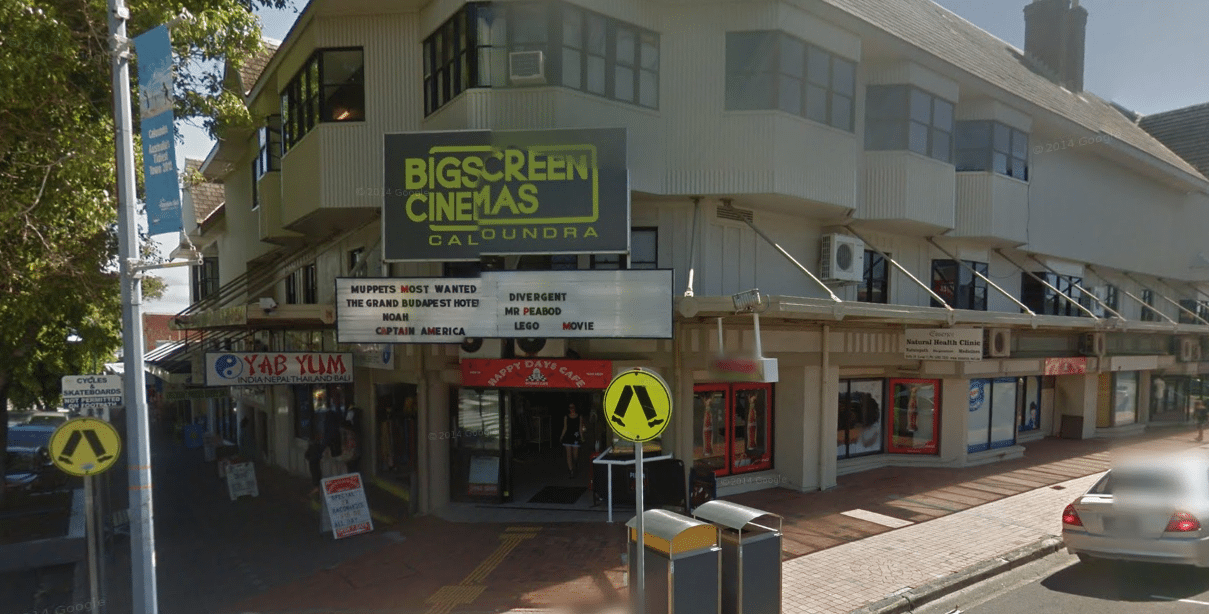 Australia – Two masked man robbed the Big Screen Cinema in Caloundra at gunpoint this past Sunday. 19-year old employee Hannah McClarence kept her cool, gave the robber the money he wanted and kept her fellow 15-year old employee safe. The staff are drilled to hand over money if they are threatened and Ms McClarence was praised by police. A 22-year old man has been arrested and was remanded. Sunshine Coast Daily – 9 May 2016

USA (CO) – Monday saw the start of the civil trial against Cinemark by the families of the victims of the Aurora shooting. “In an Arapahoe County courtroom, 28 survivors of the attack and relatives of the victims will attempt to convince a jury that Cinemark, the movie theater’s owner, should be held accountable for the shooting.” This is the same courtroom where mass killer James Holmes was sentenced to life inprisonment last year.

Cinemark’s corporate headquarters received broad warning from the U.S. Department of Homeland Security that movie theaters might be targeted by terrorists.

Cinemark never shared that warning with its theater managers, the victims’ lawyers say.

There was no extra security at the cinema on the night of the shooting. Denver Post – 8 May 2016

India – Hindustan Times traces the decline of the mobile tent cinemas in India. A film about them will screen at this year’s Cannes Film Festival in the Cannes Classic selection on cinema about cinema. These were once common during harvest seasons, with the tents seating as many as two thousand people. Now they are going the way of the single screens. Hindustan Times – 8 May 2016 Sweden – The Swedish Film Institute’s Cinemateket will cut down on screenings of old films in Sweden’s second and third largest cities Malmö and Göteborg from 2017 because it is too expensive to borrow and show 35mm film copies from archives all over the world. Thanks to digitisation, however, more classic films will be shown in Skövde ooh Norrköping, as well as special screenings in five other towns. Sydsvenskan (SE) – 6 May 2016

Sweden – Age-restrictions look set to be loosened up in Sweden following a proposal to allow 11-14 year olds to watch films previously restricted to over-15 only if they are accompanied by an adult. The move comes after the appeal of the 15-only rated film “Flickan mamman och demonerna” that was reduced to 11-year. GP (SE) – 6 May 2016

France – Arounds €500 was stolen from the box office of a cinema in Parthenay by burglars on the night between last Thursday and Friday. The Mayor’s office was also burled the same night, but no connection has been established between the two acts. La Nouvelle Republique (FR) – 7 May 2016

France – A 19 year old has been arrested for assaulting a cinema employee in Mantes-la-Jolie. The man and an accomplice are suspected of having robbed the cinema at knife point earlier for a few hundred euros. Le Parisien (FR) – 7 May 2016

UK (Wales) – Approval has been granted for two additional screens in Caernarfon. Galeri Caernarfon had applied for an extension to the existing structure that would include one 120-seat cinema  a smaller 20-seat screen. The new auditorium should be free up Galeri’s 394-seat main theatre, currently used for both films and theatre. Daily Post – 9 May 2016

Czech Republic – The Karvinské Theater Center will re-open in late May. After a year and a half of refurbishment, the largest cinema in the city is set to have a new box office, snack bar, restrooms, and anew cafe on the ground floor of the building. Denik.cz (CZ) – 6 May 2016

A royalty free cinema PSA to turn off your phone. There is no excuse now.