USA – Regal’s quarterly figures for Q1 2016 were good and CEO Amy Miles was happy to present the number in this earnings call transcript from Seeking Alpha. Luxury recliners were an even bigger story than “Deadpool” or “Zootopia” according to Miles:

Specifically, the 691 existing screens that were converted to reclining seats prior to the beginning of the first quarter significantly outperformed on both a revenue and a cash flow basis, generating an incremental $18 million of box office revenue, an incremental adjusted EBITDA of $12 million, as compared to the same period last year.

They also experience frequent sell-out [NB: creating artificial scarcity drives demand] and the demand has “created a pricing opportunity above and beyond our normal inflationary-type price increases.” Average ticket prices grew 13% in these location, almost double of what it did for locations without luxury recliners. The future for Regal is clearly semi-horizontal. Seeking Alpha – 1 May 2016

USA – A look at the planned AMC-Carmike merger from Seeking Alpha. The merger is likely to accelerate the renovation and re-seating process underway already. Quoting AMC’s President and CEO Adam Aron on Friday’s earnings call said:

… there is still an enormous opportunity for us to take this renovation strategy forward. … we ought to be able to fully reseat and fully renovate 105 more of our theaters in the next 1.5-years. You can probably add another 50 Carmike theaters that could be wholly reseated, wholly renovated in the coming years. But, we think there is a really interesting additional opportunity.

Let’s see what competition authorities have to say first though in terms of divestment of sites. Nothing too major expected, but still. Seeking Alpha – 3 May 2016

Spain – The cheapest cinema in Spain is the Los Angeles de Santander, costing just €4.80 to attend on the weekend. The most expensive one is Cinesa Diagonal Mar Barcelona, where weekend entry is €10, which also happens to be the cinema next door to CineEurope. Average weekday price is €7 and €7.27 on weekends and holidays, with the most expensive cinemas being in Barcelona and Madrid Guadalajara. The the findings of the result of a study by FACUA-Consumers in Action on prices of 142 theaters in the fifty provincial capitals and the two Spanish autonomous cities. 20minutos (ES) – 29 April 2016

“We believe cinema has the power to change the world and break people away from their mobile phones and computer screens,” he told Daily Star Online exclusively.

“We find that as technology in the world of cinema continues to boom, the human experience is too often pushed aside.

“With us, audiences aren’t just bystanders to action, they’re part of it. They have to forge their own paths in a brand new world and grapple with the film’s narrative,” he explained.

Apparently Secret Cinema has plans for plenty more horror movies. You have been warned. Daily Star – 3 May 2016

Austria – Christian Langhammer, Founder of Cineplexx International GmbH, is the 2016 recipient of the CineEurope’s “International Exhibitor of the Year.” Austria’s largest exhibitor Cineplexx “has become one of the most dynamic and innovative pan-European cinema operators. We greatly value in particular their strong commitment to rebuilding a cinema-going culture in South East Europe,” said Phil Clapp, President of the International Union of Cinemas (UNIC). Cineplexx has both been an early technology adopter (Dolby Cinema, Imax lasers, 4D seating) and major geographical presence in Eastern Europe and the Balkans.  Press Release – 2 May 2016

U.A.E. – A look at how Reel Cinemas offers a VIP experience. The Reel Cinemas “Platinum Movie Suites” in City Walk offers the VIP treatment whereby “you are personally ushered into your suite and are invited to sink into a leather reclining chair, conveniently equipped with a side table and button for the personal butler service throughout the movie, as well as a pillow and freshly laundered blanket.” City Times urges you to “go for the experience, even if the movie is terrible.” City Times – 1 May 2016

France – The Cannes Film Festival will see a coming together of trade body UNIC and art-house federation Europa Cinemas for a panel discussion on innovation in the cinema sector. You can submit questions and also follow the event on Twitter with the hashtag #Cinnovate for those of you who can’t make it to the Croisette this year. 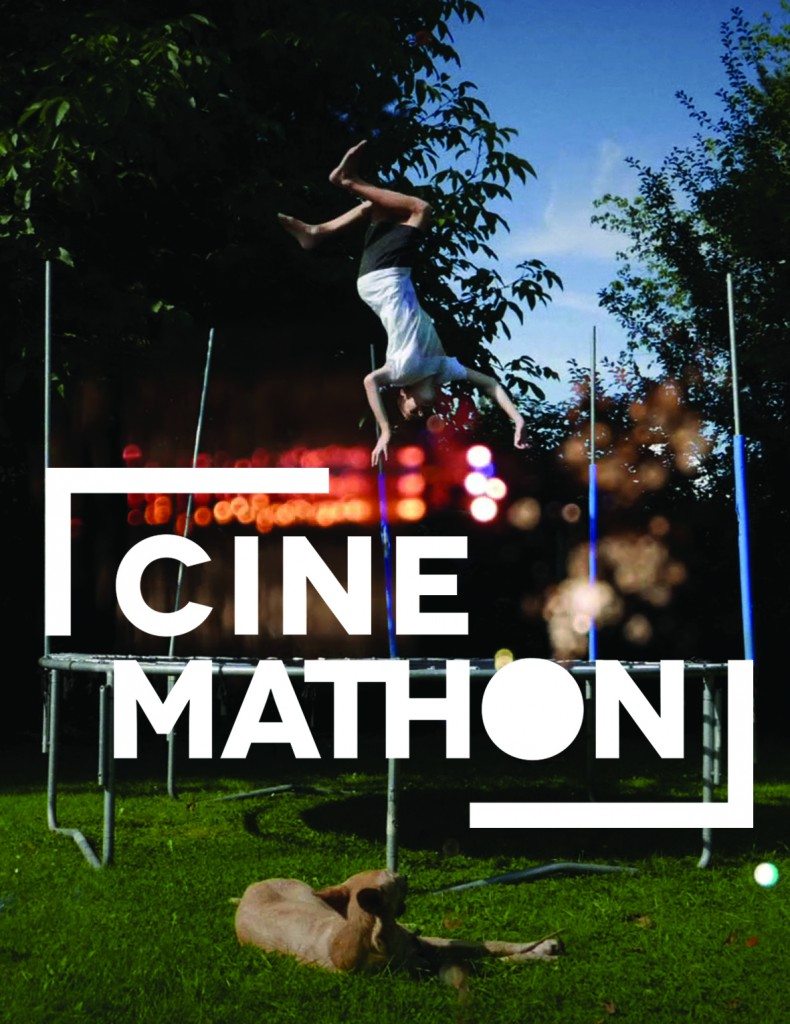 France – Also in Cannes the findings of the Cinemathon Workshop will be presented on May 14 at NEXT Pavillon, when the website will also go online. Press Release – 4 May 2016

UK – Cineworld is opening ten 4DX cinemas in the next 12 months and the one on Glasgow’s Renfrew Street that is currently undergoing renovation is likely to be one of them. “A VIP area serving hot food will also be added to the top floor of the Renfrew Street cinema and is expected to include a licensed bar.” Renovations are due to be completed in August. Evening Times – 4 May 2016

Indonesia – Jakarta’s Bioscopy Basik cinema pairs visually impaired people with volunteers who describe the action on screen using social media to connect both blind people, volunteers and even arranging taxi rides to the cinema. “Partnering with nonprofit organization Mitra Netra foundation, which focuses on improving opportunities for the visually impaired, [project leader] Cici [Suciati] reached out to the blind of South Jakarta; friendships quickly formed.” What is a high-tech affair in western cinemas is a human-to-human venture powered by social media in Indonesia. Inspiring. Jakarta Post – 2 May 2016

India – A detailed look at the cinema food and beverage business in India by The Economic Times. Well worth reading in full.

Talking about the Gold Class menu, the theatre chain’s chef [!], Mayank Tiwari, says, “We have classified the food into sections like `with finger’, `with fork’, and also, for Gold Class, we have items like Japanese hot dogs, idli chaat and desserts. Since the food is served inside the theatre, we ensure that it doesn’t have a strong aroma. The whole idea is to provide the facilities of a restaurant in the cinema hall, and to also ensure that the food is convenient to eat while watching a movie.This way , the guests don’t need to eat at food courts before or after the movie.”

China (Hong Kong S.A.R.) – Hong Kong has a new cinema and by Korea’s second largest cinema chain Lotte no less. L Cinema is just two auditoriums with 87 seats each, but for a city where cinemas are being forced out by rising rents this is something to celebrate. No cinema is no frills but a welcome addition to the Eastern district. South China Morning Post – 1 May 2016

France – Cinema complexes in the centre of small towns is an increasingly popular way to increase the quality of life for inhabitants. “Val-d’Oise has already twenty-seven cinemas, but thedépartement does not seem full.” It would like to open further screens, such as this six-eight screen complex proposed for the city of Bezon. Le Parisian (FR) – 30 April 2016

Norway – SF Norway is set to close the Brygga cinema in the city of Tønsberg in September. This is one of the few cities in Norway where SF and Nordisk compete directly and the cine has seen attendance fall from 260,000 to 60,000 per annum. Kinomagasinet – 3 May 2016

Bolivia – One of the oldest cinemas in La Paz is about to be split into two. El Cine 6 de Agosto was acquired by the state in late 2006 to prevent its closure. The split is aimed at “re-functionalising” the venue, which will be used both for film screenings and performing arts. Pagina Siete (ES) – 1 May 2016

UK – An Imax is proposed for south London’s Croydon as part of a GBP £1.4 billion regeneration of the town centre. “The IMAX cinema is likely to sit behind the towers in the centre of the scheme so it doesn’t affect the skyline, [Head of Westfield Development] Mr Burton said.” Peskily tall they these Imax screens. Croydon Advertiser – 29 April 2016

India – PVR has opened a three-screen multiplex in the Singapore mall in Lucknow. PVR’s screen count in Uttar Pradesh is now 45 screens across 9 properties, with the number across India being 519 screens at 113 properties in 46 cities. Live mint – 3 May 2016

UK – The first pictures have been released from the new Cineworld in Loughborough, part of the major multi-million pound re-development on the site of the former Loughborough General Hospital in Baxter Gate. It will have eight screens and 1,087 seats. Two screens have disabled access boxes. But why only two? Loughborough Echo – 3 May 2016

UK – Reel may not be the new operator of the planned Grantham multiplex under a new proposal to expand the original scheme. “A spokesman for Reel Cinemas said: “We understand that the council have certain procedures to undertake before the project can go to the next stage, and trust that these can be completed as soon as possible.”” Reel currently operates a two-screen cinema in the town centre. Grantham Journal – 29 April 2016

Spain – There is a special circle in hell reserved for film pirates; and that’s official now. The  the Bishops of the Episcopal Commission for Social Media have categorically branded film piracy a sin in the document Piracy in film. A look from the Social Doctrine of the Church, made ??public this past Tuesday in the context of the Day of Social Communications, which Catholics celebrate on Sunday 8 May. Film piracy “is at the root theft, robbery and fraud, forbidden by the seventh commandment.” Religion Digital (ES) – 3 May 2016