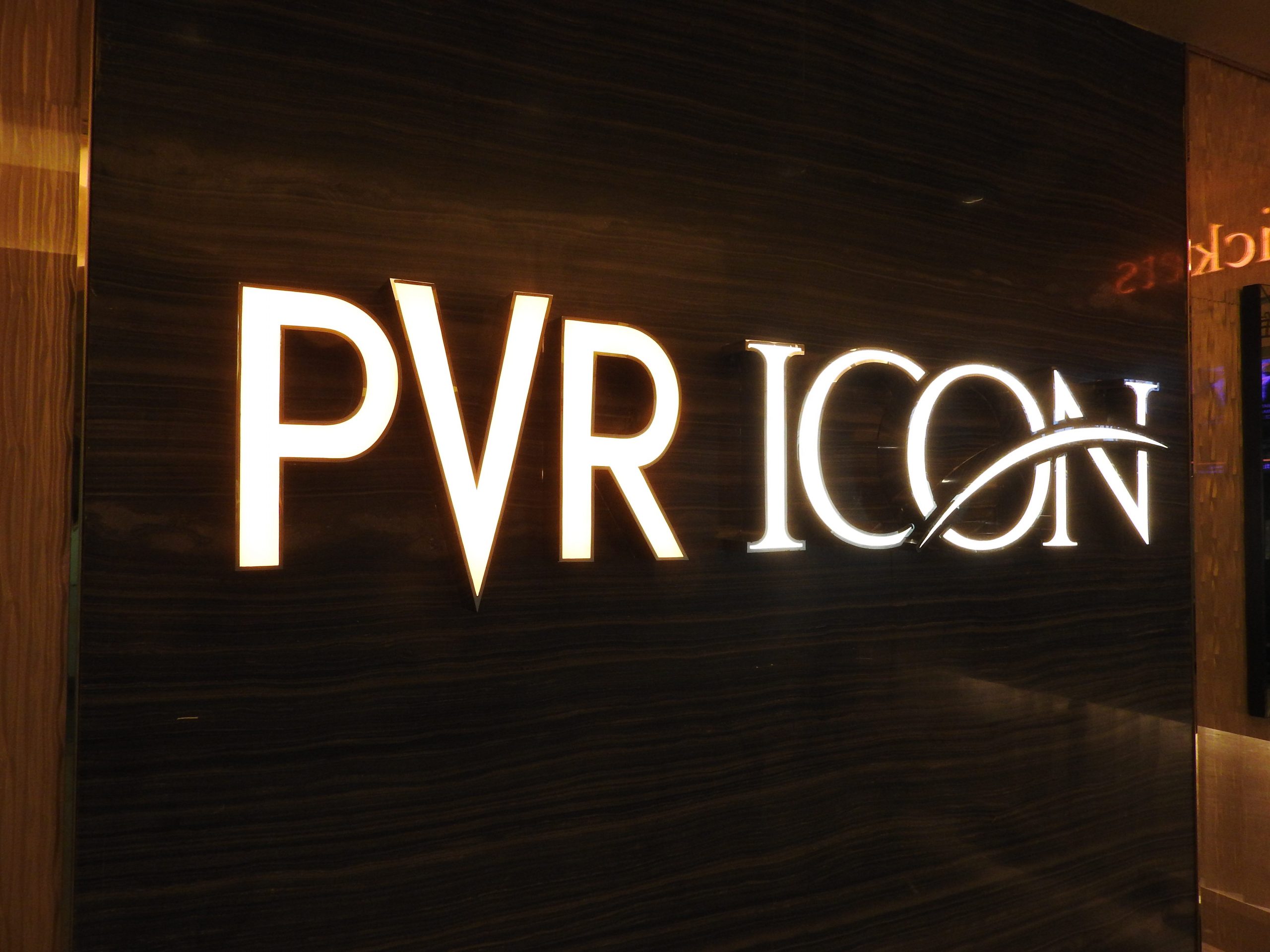 What is even more impressive that an Asian luxury cinema? Arguably a luxury cinema that used to be a regular cinema.

The PVR Icon in Mumbai is just such a cinema that sets the benchmark for what the second generation of multiplexes in India today are capable of offering. The country that produces the most films in the world and where tickets can cost less than dollar also offers some of the best cinema going experiences anywhere today.

The first Indian cinema I ever visited when moving to Mumbai in October 2007 was the Cinemax in Malad in the city’s so-called Western suburbs. At the time it was a novelty because it featured the ‘Red Lounge‘, which when it launched earlier that year in neighbouring Bandra was described as “a symbol of style with an attractive front foyer and intelligent lighting, along with top-of-the-line amenities,” including high comfort recliners. Cinemax Versova had its own section with two screens in a multiplex with four additional regular screens in the Infinity Mall. But food options were limited to standard popcorn, hot corn, soda and samosas, while service was perfunctory.

PVR acquired Cinemax in 2012 for INR 3.95 billion (USD $59.5 million) and set about gradually re-branding and remodelling them. The Cinemax Infinity was the first cinema to benefit from the extreme makeover costing a reported INR 250 million (USD $3.76 million) and is where PVR launched its latest subsidiary brand PVR Icon. The exhibitor had already launched PVR Imax, PVR ECX, PVR Premiere, PVR Mainstream Cinemas and PVR Directors Cut to cater to different audiences.

According to Forbes India is seems little expense was spared at the flagship PVR Icon.

The six-screen multiplex is equipped with 4K projection system and Dolby Atmos sound system in all its auditoriums. Of the six, two are PVR’s trademark Gold Class auditoriums. These have a touch-screen interface to adjust the recliner seats and have USB charging slots. The ambience has been upgraded with larger lobby space, especially curated wall arts and digital and interactive kiosks which showcase movie trailers.

Ajay Bijli, PVR’s chairman and MD, was quoted as saying that “This cinema is for the discerning, tech-savvy audience. We are trying to push the envelope and improve the quality of service. The customer must feel that he has been transported to a different world.” Needless to say I was curious to see how my old multiplex fared in its new guise.

Reviewing the box office is becoming superfluous, with internet bookings overtaking in-person purchases, but as well as the traditional box office there were self-service kiosks. A lift whisks audiences direct up to the cinema, for those that do not wish to trek through the Infinity mall. Security took away my DSLR camera (it was “Batman vs. Superman: Dawn of Justice” weekend), but no-one would dare to take away anyone’s smartphone, so the photos below are from my OnePlus One phone camera, rather than the official corporate photos that PVR sent over.

What is impressive is that the lounge you see above is NOT in the cordoned-off VIP ‘Gold Class’ section for the PVR Icon but the regular part of PVR Icon that has the four ‘regular’ screens (curiously still promoted as ‘Cinemax Infiniti Malad Mumbai’ on the PVR website) . There is thus a clear sense that this is not an A-grade and B-grade part of the cinema, but an A-grade and an ++A-grade level of quality and service.

The dedicated lounge for the two-screen ‘Gold Class PVR Icon is the one below. Note the art installations on the wall between the LCD poster displays.

The service was attentive but still discreet, with the young women serving us almost seeming as stunned by the opulence of the surroundings as my friend and I were. It is not that there isn’t high end luxury in India (try visiting Mumbai Airport or any Five-Star hotel in India and see the same kind of marble-heavy aesthetic), but in suburban Mumbai you expect it at the JW Marriot hotel (where Bollywood start meet and mingle, while Danny Boyle also stayed there shooting “Slumdog Millionaire”) rather than at your local multiplex.

The concessions counter offered a wide selection of snack, drinks (including alcoholic – except on the frequent ‘dry’ days, which today it was fortunately not) and hot and cold food. We ordered ours in advance, though of course there is the option for touch-screen ordering from the comfort of your seat.

PVR understands the importance of the small touches: plastic wrapped blanket, wet tissue and a complimentary bottle of still water in each seat. The Red Lounge seats had been comfortable and enjoyable, but PVR had definitely taken an Air India Business Class concept and made it Jet Airways First Class, both in terms of design and decor, as you can see from the picture below.

The Atmos speakers were tastefully backlit on the sides of the walls, behind and above, as can be seen in the photo below. And, yes, we powered down our phone/camera in time for the feature presentation, so as not to attract the attention of the small cameras peering out at the audience from the side.

Before the start of the film there was one final test, which was the bathroom visit. It seems that Prime Minister Modi’s “Clean India” campaign has been heeded, and then some, with the kind of facilities that you would again expect to see in a five star hotel. How many toilets like this have you seen in cinemas in Europe and North America? Wash you hands before you count them on the thumbs of your left hand.

Food service was fairly prompt. Strangely the soda ordered (PVR seems to be in the Pepsi camp) arrived in a can rather than a cup. I would have at the least expected a glass. And since it was a Diet Pepsi, perhaps a larger size would not have gone amiss. So instead I helped myself to a second complimentary still water form the empty seat next to mine.

The chicken pizza was thin and crispy, with chilli flakes and dried Italian herbs on the side.

The chicken bites were the perfect finger food, though one or two may have slipped into the cracks of the seat. (Sorry, cleaning staff.)

When leaving it was clear to see that PVR Icon, fancy though it is, was still subject to the same antiquated health and safety regulation that requires all cinemas to have a couple of buckets of sand to put out any potential fire. While appropriate for a rural single screen, here they merely serve as a reminder of the contradictions and differences in this vast cinema-loving nation.

So is PVR Icon the perfect cinema? No. While there was no faulting the venue, decoration, staff, service, food, ambiance, toilet or cleanliness, as often happens, the visual quality was not up there with the rest of the place. There was a distinct pixel alignment issue, particularly noticeable at the bottom of the screen, which meant that objects with sharp edges such as letters were blurred with different colour edges.

Even for a dark and moody film like Zack Snyder’s “Batman vs. Superman” the stereoscopic 3D presentation also seemed too dim, a reminder that even an excellent Sony 4K projector is only as good as the bulb that powers it. This one seemed ready to be replaced soon.

But there is no denying that PVR Icon impresses. My Indian friend who had never visited before started going back there later – and I would too. PVR is undertaking a rolling remodelling of all of its properties, which means that at any one time at least one of them is undergoing renovation – just like the tale of San Francisco’s Golden Gate bridge being continuously re-painted form one end to the other and over again.

PVR has even go so far as to appoint a full-time MD just for its Gold Class properties. It is clear that the company is determined to fight off the challenges from Cinépolis and Inox in terms of offering the best cinema going experience available in India. PVR Icon is that ambition made physically manifest.

In addition to the projection issue, there is really only one small quibble, which is with nomenclature. Is this ‘Gold Class’ or is PVR Icon the brand, or should the cinema be called PVR Infinity (after the mall) to distinguish it from other PVR Icons? And why is it still referred to as Cinemax Versova on the website, which is surely the easiest place to change the name? More importantly, how soon can I go back there and watch an actual Hindi film? It won’t be the full experience until I’ve done a proper ‘Masala’ three-hour-with-intermission Bollywood flick. 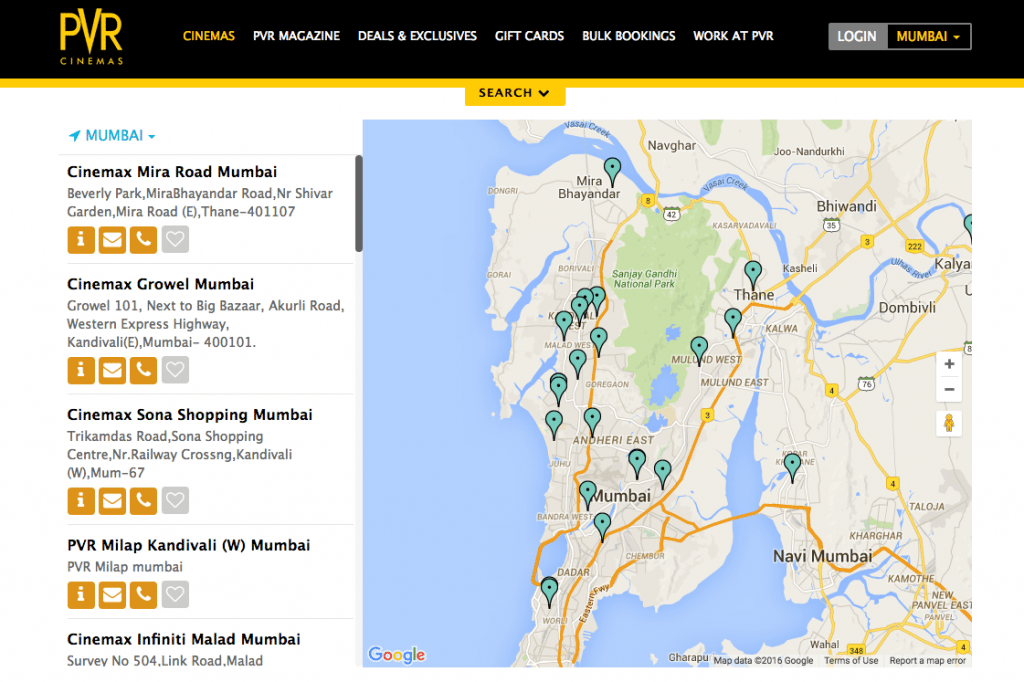