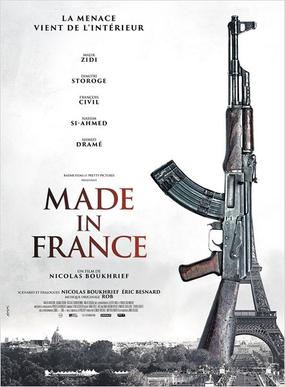 Friday’s terrorist attacks in Paris led to the closure of Gaumont, Pathé, UGC and MK2 cinemas in the French capital on the Saturday, as well as affecting several film events scheduled for the coming week. The terrorist attacks are likely to lead to questions about the safety in cinemas both in France and across Europe.

The move to close the cinemas came “following a recommendation from the police” to all cultural establishments. Museums, libraries, schools, as well as department stores, gymnasiums, swimming pools and other places with large public gatherings of people were also closed.”Today, public cultural facilities open to the public in the Ile-de-France will be closed,” a statement from the Ministry of Culture read. The Louvre, le Grand Palais, the Eiffel Tower and Disneyland Paris were all closed. Sporting events were cancelled for Saturday and Sunday, as was a U2 concert.

Not just the major chains but independent cinemas such as le Forum des Images and le Louxor also closed on Saturday. In addition to the cinema closures, several cinema-related events were post-poned, including:

The release of “Made in France” is particularly badly timed, given the subject matter of the film.

Previously called “Inside the Cell” the film’s poster depicts an AK-47 superimposed over the Eiffel Tower and has the tagline “The threat comes from inside”. The film had been dropped by the previous distributor SND Distribution after the attacks on the Charlie Hebdo magazine offices and the Paris kosher supermarket in January. The new distributor Pretty Pictures had played up the real-life terrorist parallels in the run-up to the release.

Having previously played at film festivals in Tallin and Busan, the description for the film in the Busan catalogue reads:

“Shot a mere few months before the Paris events of January 2015, ‘Inside the Cell’s’ storyline bears close resemblance to what happened in reality. … ‘Inside the Cell’ is a daring investigation thriller that plunges you inside the extremist Muslim groups that grow inside western countries and can strike at any moment.”

The cancellation of film openings is nothing new, with Warner Bros. pulling the trailer for “Gangster Squad” after the Aurora shooting and the same studio pulling Arnold Schwarzenegger’s “Collateral Damage” after the 9/11 attacks. CBS has also now pulled television episodes of “Supergirl” and “NCIS:Los Angeles” because of content related to bombings and terrorist attacks in both shows.

More disturbingly, posters for “Made in France” are already plastered in metro station and bus shelters across Paris, which may be too much for people to see.

Given that the attacks targeted restaurants and public entertainment venues, particularly two busy ones: a football stadiums and a concert hall, questions will now be raised about security in cinemas. While shootings in US cinemas tend to be carried out by disturbed individuals – exclusively white males with no religious or ideological motivation – the danger in Europe is that cinemas could be seen as ‘soft’ targets for any future attacks by Islamic terrorists.

While details are still sketchy, it seems that strong security prevented the three suicide bombers from entering the Stade de France football stadium, but that security did not prevent the killings in the Bataclan concert hall. With many cinemas having little or no dedicated security, there are fears that they could become easy targets, particularly for popular events such as the upcoming “Star Wars: the Force Awakens” showings.

While European cinemas have not witnessed any recent terrorist attacks, it should be remembered that cinemas in both India and Pakistan have witnessed such atrocities, with a grenade attack in a cinema in northwestern Pakistan last year killing 13 people.