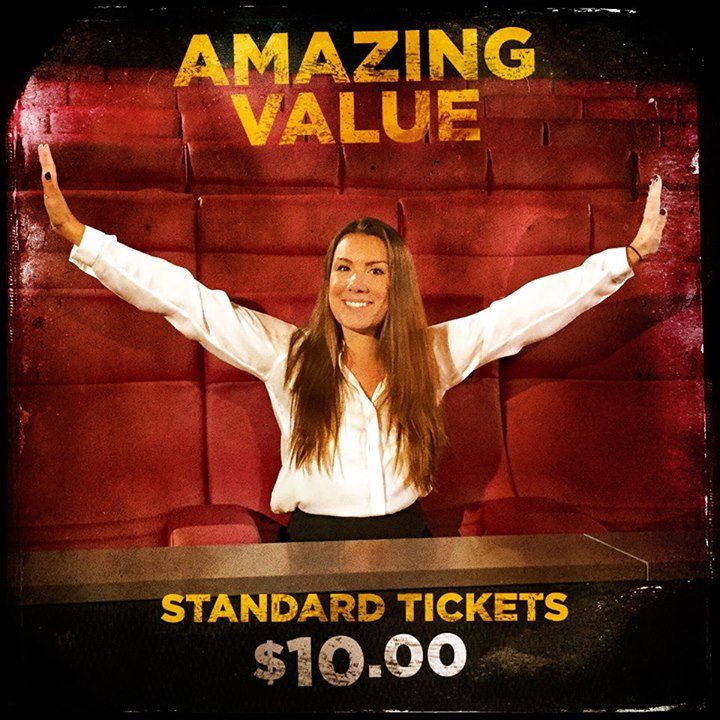 Luxembourg – The largest cinema chain in Luxembourg – make that the ONLY cinema chain in Luxembourg – is being absorbed by Kinepolis, after the acquisition of Utopolis was recently approved. There is a long interview with Utoplis former head Eddy Duquenne, who is now a senior manager with Kinepolis. Apparently there will not be many changes as a result of the new ownership, and event the re-branding only requires the change of a few letters. Tageblatt (DE) – 10 November 2015

India – The shares of both Inox and PVR have performed well, but The Business Standard believes that there is cause to believe that the shares may rise further yet. “The under-penetrated movie screening market in India is one and offers significant scope of expansion to both. The two already in   expansion mode and plan to add about 60 screens each to their total this financial year. They are also looking to boost the spending per head (SPH), the amount a customer spends on an average towards food and beverages (F&B).” Business Standard – 12 November 2015

Germany – No resolution to the conflict between staff and management at the Babylon cinema in Berlin. The fight that has been going on since June this summer and has now been referred to the local labour court. The case his the headlines when the jewish owner of the cinema used Nazi-era symbols to highlight the striking workers’ call for a boycott of the cinema. RBB (DE) – 11 November 2015

Russia – The Russian government has blamed the poor showing of local hits on Hollywood blockbusters. According the Russian news agency TASS, “Avengers: Age of Ultron” and “Terminator Genisys” blocked local releases “Prizrak” (Ghost), “Voin” (Warrier) and “Dukhless-2” (Soulless-2) from performing as well as they could have. There have been previous talks about limiting Hollywood releases and Russian cinemas have already volunteered to devote 20% of screen time to local releases this year. Hollywood Reporter – 2 November 2015

France – I hope that somebody will put up the rest of the money to restore this cinema train. It sounds amazing:

In a discreet corner of the Rotonde de Chambéry, volunteers of the Association for the Preservation of railway equipment Savoyard restore a stunning car-cinema, which made the heyday of the Paris / Bourg-Saint-Maurice. Only three of these trains were used by the SNCF between mid 1960 and late 1990.

USA – The never ending battle over dim projection in cinemas comes to Filmmaker magazine in an article headlined “On Not Seeing The Martian, 3D Lens Misprojection and the Wretchedness of the Multiplex”, with the sad conclusion: “AMC gave me my money back; I asked to talk to a manager but it didn’t look like one coming. Here’s the thing: this happens all the time, and part of the reason for this is that the audience simply doesn’t care.” Filmmaker – 2 November 2015

UK (Scotland) – A cinema in Glasgow has been criticised for cancelling an Oscar-nominated Iranian film about the Prophet Muhammed after becoming the subject of a small petition. A very small petition. Just 94 people signed the anonymous petition to prevent the screening of Moustapha Akkad’s 1977 film “The Message” starring Anthony Quinn at the Grosvenor cinema. The screening was arranged by the Islamic Society of Britain (ISB). The Guardian – 11 November 2015

Portugal – It could soon be ‘The End’ for Portugal’s last travelling film projectionists. 75-year old Antonio Feliciano is not quitting just yet, but changes in film consumption could spell the end for this cinema road hero. “If I’m not the last one, I’m close,” Feliciano said. “This is a legacy that is going to end. When I’m gone, traveling cinema will be mentioned in articles, but only as a memory.” In his six decades he has travelled four million kilometres and screened 4,000 in remote Portuguese towns and villages. Reuters – 9 November 2015

USA (NY) – The Q3 results for US cinema advertising major National CineMedia were good and the company revised the revenue forecast for Q4 upwards – up 2% to 6% to USD $125 million to USD $131 million, above an expected USD $122.7 million. The company is expecting to complete its CEO search to replace Kurt C. Hall before the end of the year. The Chairman, President and CEO ends the call on a bitter-sweet note: “I don’t know if this will be my last call or whether next call will be a transition call, but I really appreciate the relationship over the years. I really appreciate the way you guys were fair with us through good times and through bad.” Seeking Alpha – 9 November 2015

USA (FL) – MovieTickets.com has launched an interesting video wallpaper technology. Rather than have static images in take over of home page, they use a video background that allows adverts to play in the background of a company’s homepage. Clever, though I wonder whether visitors will find it distracting. Press Release – 28 October 2015 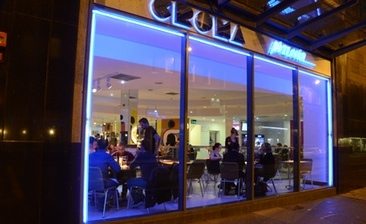 UK – Restaurant group Croma is looking to roll out its pizza-at-the-movies concept at most Odeon sites after the success of its trial at the Odeon Trafford Centre. The Odeon-Croma joint-venture Croma Pizzapoint sells pizzas to movie goers as well as non-ticket buying patrons of the Trafford Centre. “We can’t go to every single one [of Odeon’s 100+ sites] but we’re hoping to get into the majority. We’ll either retrofit existing space or take new space if it’s available,” said Michael Baker [yes, pizza Baker], Croma’s franchise operations director. Insider Media – 12 November 2015

Norway – SF Norge has been ordered to pay NOK 300,000 (USD $34,640) to its former employee Niels Allan Spelmann for wrongful dismissal. He was hired in June 2014 as Vice President Sales and Marketing for SF but let go in December the same year. Sounds like a messy HR situation. And to top it off, SF Norge had its worse year ever in 2014 with a loss of NOK 47 million (USD $5.43 million) . Kinomagasinet – 4 November 2015

Panic gripped Crystal Palm in Bais Godown area on Thursday when an unidentified man called on the landline of the multiplex situated in the building and threatened that he had placed a bomb there and it would go off two days before Diwali. The police and a team of bomb disposal squad searched the building and declared the call a hoax.

Let’s hope they catch the miscreant. Times of India – 8 November 2015

Japan – United Cinemas Group has confirmed the opening of its first 4DX halls between 2-18 December – a total of seven across the country – as well as confirming that “Star Wars 7” will be released in the motion seat format. Eiga.com (JP) – 11 November 2015

Canada – Vancouverites will get their own adult-only VIP cinema experience when the Cineplex opens at the Marine Gateway development in South Vancouver in 2016. The multiplex is opening in 2016 and will feature seven regular auditoriums, one UltraAVX PLF auditorium, and three VIP Cinemas auditoriums. Vancity – 12 November 2015

UK – Plymouth is set to get a 12-screen cinema with both an Imax screen and 4DX seats courtesy of Cineworld. The extension of Drakes Circus t the vacated Bretonside bus station will start next summer. In addition to Cineworld there will be 14 restaurants. Completion date is set for July 2018. Plymouth Herald – 11 November 2015

Australia – Hoyts has signed an agreement to build a multiplex as as part of the proposed multi-million dollar entertainment precinct in Docklands, Melbourne. Ancho-Pennant Hoyts plans to open eight screens with Dolby Atmos sound, of which two of the screens will be Xtremescreen PLF screens. IF.com.au – 12 November 2015

Poland – Meanwhile rival Helios is opening its 37th cinema, this one in Wroclaw. Lodz and Bialystok are also on the cards. IN Q3 Helios had 1.8 million visitors and box office of PLZ 30 million (USD $7.62 million). Money.pl (PL) – 9 November 2015

UK – The conversion of Oldham’s old town hall into an Odeon cinema has become a political issue in the up-coming by-election. UK Independence Party candidate John Bickley wants to scrap the scheme that will cost Oldham Council at least GBP £27 million. According to the article the project will create 233 jobs and generate GBP £55 million over a 10-year period. Oldham Chronicle – 11 November 2015

UK (Wales) – Caernarfon is due to get a new two-screen cinemas after the social enterprise secured GBP £260,000 funding needed to fund the final design process. Work is set to start in the New Year. Daily Post – 12 November 2015

Ireland (Rep.) – Is Dublin’s iconic Screen cinema closing? The signs are not good:

The story, which was originally reported by Broadsheet, has it that the cinema is being shut down within two weeks and that all booked shows are being moved to the Savoy. Staff, meanwhile, have been put on protective notice. The report also states that there are no plans to reopen the screen.

The word from the head office is ‘No comment.’ Worrying. Entertainment.ie – 11 November 2015

Going to the cinema on your own is good for your mental health, while staying home and watching Netflix will make you depressed; now there is science to back this claim.

A study by the International Communication Association has concluded that watching hours of Netflix programming, particularly episode after episode of TV shows, can be linked to depression and feelings of loneliness.

“The more lonely and depressed the study participants were, the more likely they were to binge-watch TV,” the study’s authors said.

But when compared to a study from the Journal of Consumer Research reported on by Science of Us, going to a cinema to watch a new release by yourself can often become an enriching and rewarding experience. Individuals often feel a common fear about making the leap to going it alone at the cinema, the study claims, but when people do, they enjoy the experience more.

So you really have no excuse. Go and see Bond now, even if you are on your own. Newstalk – 10 November 2015