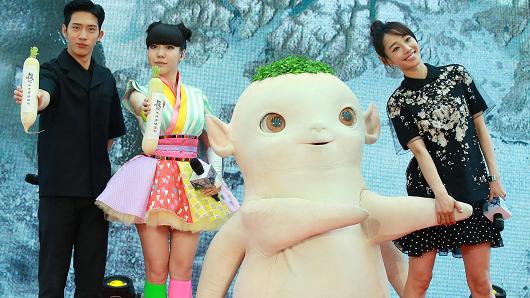 A refreshingly sceptical article from CNBC about just how big the China cinema market is and what its potential for growth is. Rather than taking all box office numbers at face value it discerns that all is not what it seems and that there is manipulation going on behind the scenes.

For example, locally made Monster Hunt officially became China’s highest grossing movie of all time earlier this year, taking in more than 2.4 billion yuan and topping the mainland’s previous highest earner, Fast & Furious 7. But analysts claim there was government interference in ticket sales, including how long Monster Hunt played in theatres and the timing of its showings. There were reports that Monster Hunt, a 117-minute movie, had showings apparently starting every 15 minutes in some cinemas.

Moreover Chinese producers are not as able as their Hollywood counterparts in terms of extracting value from films across multiple platforms beyond the theatrical release, so that while USD $10 billion at the US box office translates into USD $50 billion in ancillary revenue, but for China that same $10 billion translates to about $11 billion. Worth reading in full. CNBC – 23 September 2015 China box office not all that it seems

But efforts are underway to provide greater transparency in the world’s second-largest cinema market. Over a year after promising to do so, China has launched an official box office reporting website, backed by China Film Bureau. The Special Fund Administration division of the Film Bureau is tasked with updating the (arguably basic) site with stats such as by daily grosses, ticket sales, cinema screen counts and exhibition chain ranking. But as Variety notes, this does not do away with the opacity of market data:

Until now data has officially been considered as a state secret, albeit an open one. Numerous private companies have accessed data and repackaged and presented it through their own outlets.

However, that has done little to dent the numerous instances of misreporting by cinemas and distributors. Most recently, figures were believed to have been distorted in favour of state-backed movie “The Hundred Regiments Offensive” at a time when “Terminator: Genisys” was also in theaters.

However, at least this is a step in the right direction. Variety – 8 October 2015 China box office data 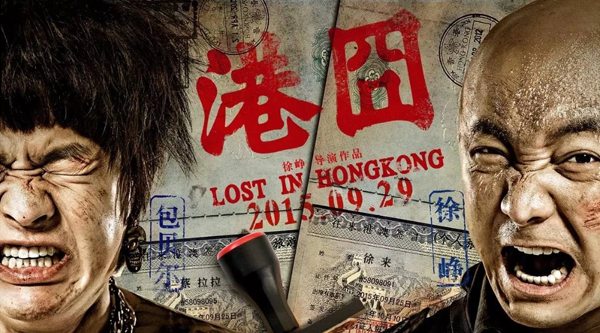 Yet even reported box office can be open to suspicion and the Chinese are quick to take to Weibo (microblogging platform) to raise suspicion. The latest case in point is Chinese blockbuster “Lost in Hong Kong” that has been playing to sold-out houses. Or has it? Questions have been raised about whether it is not-so-sold-out and those ‘sold/occupied’ spaces on the seating map are in fact “ghost fields”.

This reporter went to verify that “ghost field” screenings in do exist in Guangzhou. On the evening of October 3, with a cell phone online ticketing app in hand, the reporter tried to buy a ticket for the more popular movie screening 22:00 the same day, which showed “full” or left corner position . However, the reporter purchased a seat at 22:00 at Baiyun District in Downtown Studios, after a more than 100 rows of 10 x 10 figure hall ticket, admission tickets immediately issued and found that in the auditorium there were not many people, many centers looking empty, the reporter once the film started checked to see the audience watching and that nobody sat with legs crossed on the middle of the “emperor” (VIP) seats.

‘Sold out’ screenings are in fact often shows where third-party e-commerce ticketing platforms have booked the tickets, which they then sell at a discount, but often end up with unsold inventory, i.e. empty seats. In some cases the distributor colludes in buying up tickets to create the impression of sold out shows. Either way, reports like this raise serious questions about how inflated Chinese BO statistics are. A ticket sold to a mobile platform is not always the same as a bum on the seat, which also means no concessions sold or advertising viewed. This should be a red flag to anyone who sees China BO growing exponentially to overtake the US in a few years. Because even Chinese online platforms cannot keep subsidizing “ghost fields” in cinemas indefinitely. Guangzhou Daily – 7 October 2015 China box office fRaud lost in Hong Kong

More on the falling out that led Wanda to pull the proverbial rug out from underneath internet ticketing platforms Cat’s Eye feet. As the article points out, “Movie theaters O2O [online-to-offline] platform services – if they can not reach a win-win situation (with cinemas), it is difficult for them to go on longer term.” Whicxh has to count as an understatement, given all that is at stake in this battle. Baidu is trying something different with its member-based “Super Cinema program” cinema tickets O2O Baidu Cat’s Eye

Alas, the box office for “Lost in Hong Kong” is poor in a market where the box office statistics are reliable: i.e. in the US. The film played in its opening week in 19 AMC theatres (owned by China’s Wanda), three Cinemark and two Regal. The film ranked 55th of all films currently in release. The films takings was around half a million dollars ($ 537,736) and while this seems perhaps a given for a film playing to niche disapora audiences, it should be remembered that Indian audiences in the US and UK can push a Bollywood or Tamil blockbuster close to or even in the top 10. China’s hopes of becoming a global force in cinema continue to rest on adapting Hollywood blockbusters for the Mainland and buying cinemas overseas, rather than on any “soft power” of its film output. Lost in Hong Kong is lost in US box office

Incidentally, “Lost in Hong Kong” was pirated and available on-line within three days of the theatrical opening. Understandably, neither distributors, cinemas nor the authorities are happy about this. The National Film Board Lost in Hong Kong piracy issued a notice: “Recently, the film just released in theaters stolen namely infringement violations recorded by illegal distribution network intensified, seriously affecting the Chinese film is establishing a virtuous circle of investment return system, undermined investor confidence and investment enthusiasm of the Chinese film market, hurt the creative passion of creative staff, the long run, will seriously affect the overall interests of the Chinese film industry, hinder the film industry’s healthy and sustainable development. ” Lost in Hong Kong pirate copy online

But the cinema software business continues to be an atttractive one, as witnessed by this new joint venture.

Lots of players competing in this space, but stricter compliance regulation for cinema ticketing means that it is potentially very lucrative. Anteaus Litography ticketing cinema 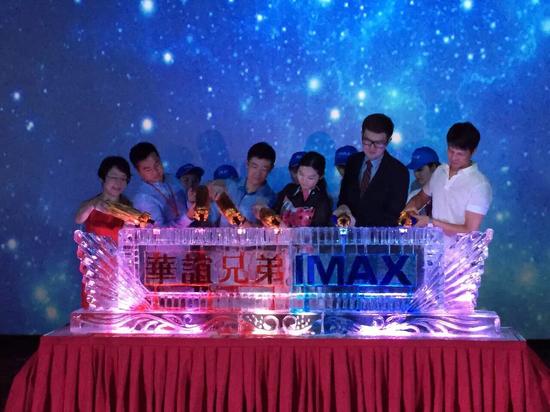 From Variety’s tireless Patrick Frater, Imax’s China share listing is off to a reasonably good start given the recent stock market turbulence.

By the market’s lunchtime trading halt the shares traded at HK33.2 apiece, a 7% gain on the HK$31 price at which they had been offered to investors. In the afternoon session, the shares rose further, reaching HK$34.6, at the 4 pm close of trading.

IMAX also revealed that it had signed a deal with China’s Omnijoi Cinema Development for a further 15 revenue sharing screens. This deal brings Omnijoi Cinemas’ total IMAX commitment to 31 theaters and makes the exhibitor the third-largest IMAX exhibitor partner in China and fifth-largest globally.

The listing should help Imax expand in China as it become less of a foreign operator and creates Mainland stakeholder, while retaining the premium brand (like Chanel or Gucci) that the Chinese flock to. Variety – 7 October 2015 Imax China IPO

Today is the day when a ruling is supposed to be announced about Wanda getting the go-ahead to buy the controlling stakes in Shimao Investment and Development Co., Ltd. held in Chongqing Shimao Cinema Management Co., Ltd. The deal is expected to be approved. Wanda acquisition to be approved

When the film screening did not take place at this Jackie Chan cinema in Beijing – possibly due to low attendance – the audience members called the police. Refunds were eventually issued, but access to the cash register was restricted because the Manager was not on site. Beijing cinema refund police 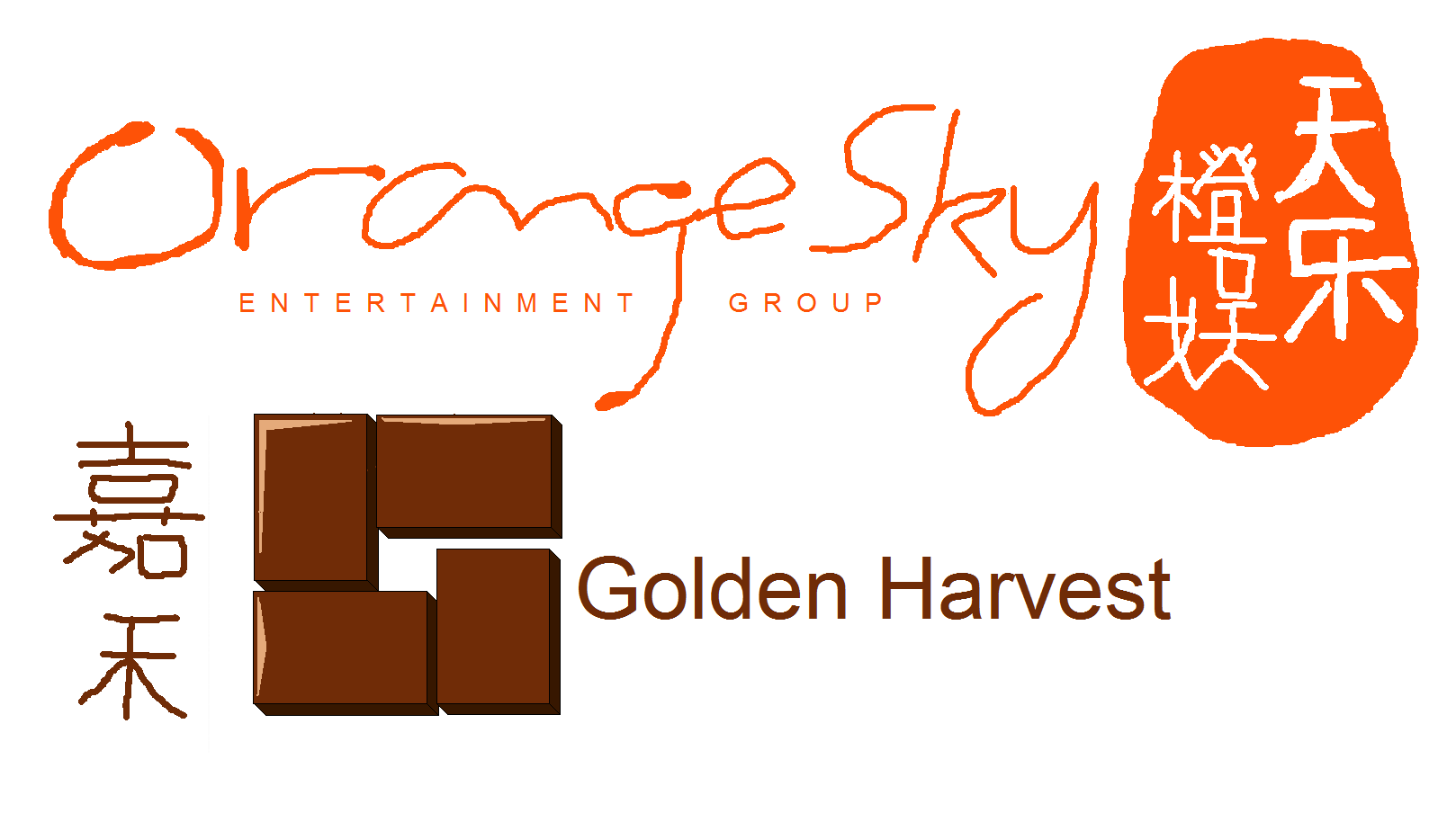 The growth of private cinemas is now such that the operators are increasingly being challenged about their compliance to licensing, fire safety and IP rights. This is how the Director of MArketing (!) of one such chain responded:

“All of our films screened have qualified licensed online videos offline movie rights. If no license is issued by SARFT there is no way for us to profit if the purpose of viewing is to get the audience majority numbers. We may have 8-10 people, 2-3 people in a single screening but the cost is too high, partly because of our club and cinema business model is actually similar to the business model which will involve operating costs, screening costs and box office split the cost.”

So nothing illicite there at all? The article states that “In case of market turmoil law enforcement has repeatedly embarrassed the Copyright Office” but promising “thorough investigation of the infringement.” Western Network – 6 October 2015 Private Cinema china

Want to see a rant about “How China Controls the Movies You Watch”? Then check out thye above YouTube video. What it comes down to is Wanda financing 100% of the under-performing boxing film “Southpaw” and Hollywood tweaking scripts to ensure a release in the Mainland. Hardly a surprise to anyone with a passing knowledge about the cinema market in China. The channel from which it is taken descrivbes itself thus: “China Uncensored is China news like the Daily Show or Colbert Report is US news.” Except not as funny.