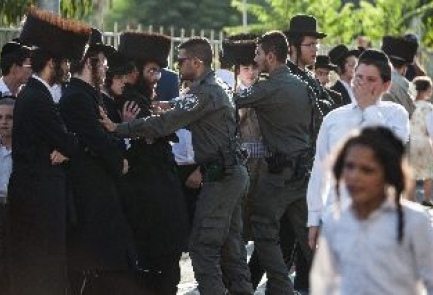 Israel – Protests by ultra-Orthodox jews against the opening of the new Yes Planet multiplex in Jerusalem descended into riots. Hundreds of protesters threw stones at police and clashed with troops. The multiplex is said to have been packed on its opening weekend, with secular residents in Jerusalem having few public entertainment options on Shabbos. Israel Hayom – Yori Yalon & Efrat Porsher – 16 August 2015

USA – Movie research company C4 has found that 48% of movie goers surveyed would pay and extra USD $1 extra for higher cinema security, but only 23% would pay USD $2 or more. The survey of 500 respondents came after the Lafayette and Nashville incidents earlier this summer, though this weekend’s opening of “Stright Outta Compton” appears not to have resulted in any major incidents in cinemas. Variety – Brent Lang – 17 August 2015

USA – Regal has instituted a policy of bag searches in its cinema, but not all patrons are taking kindly to this security measure. “I said no,” moviegoer Danielle Valenzuela told us. “They’re not going to check my purse, so I just walked into the movie theater.” Regal’s updated Admittance Proceedure section of its website says, “We acknowledge that this procedure can cause some inconvenience and that it is not without flaws, but hope these are minor in comparison to increased safety.” (FWIW The online poll splits 60/40 to those that feel it is an ‘invasion of privacy’ compared to those that ‘feel safer’.) KPHO/KTVK – Jonathan Lowe – 18 August 2015

UK – Lots of complaints about the outdoor screening of “Grease” as part of Newcastle’s Moonlight Cinema season. ““It was a blow up screen, the sound was being played through the racecourse PA system with speakers that wouldn’t be suitable for a silent film, the queues for food and drink were huge, and it started late,” one disappointed attendee complained. Chronicle Live – Michael Brown – 16 August 2015

India – Inox has announced that it is planning to spend INR 3.2 billion (USD $48 million) over the next two to three years to open 128 screens, while also looking at regional acquisitions to expand across India. It is estimated that there are 15 to 20 regional chains with 20 to 60 screens each that could be snapped up by Inox or its competitors PVR, Carnival and Cinepolis. Economic Times – 23 August 2015

Bosnia-Herzegovina – The recent Sarajevo Film Festival hosted a panel on the future of cinema in the region and Europe. With a strong panel of the liked of Jan Runge (UNIC) and Giovanni Dolce (Imax). Cineplexx’s Papousek was optimistic about the potential in the region. “We see big potential in Serbia, but you have to be very careful because you can’t just go on statistics of under-screened areas. You always have to analyse practically the catchment areas and people’s purchasing power.” ScreenDaily.com – Natasha Senjanovic – 21 August 2015

Argentina – A woman broke the nose of a cinema employee because he would not admit the woman’s 13-year old daughter to a film that was rated ’16’. The incident, captured on CCTV camera and shared on YouTube, took place at Cine Radar in San Francisco, Argentina. El Comercio [ES] – 22 August 2015

India – The owners of the Uphaar cinema where 60 people lost their lives in a fire in 1997 have been spared jail and will be fined INR 600 million instead (USD $9 million) by the Supreme Court. Property moguls Gopal and Sushil Ansal, whose disregard for safety led to the cinema becoming a death trap, had already spent a few months in jail some years earlier. NDTV – A Vaidyanathan – 20 August 2015

Saudi Arabia – Despite being the only country in the world without permanent cinemas, there are apparently ‘no laws’ against the establishment of cinemas in the Kingdom of Saudi Arabia. Fahd Al-Tamimi of the Saudi Arabia Producers and Distributers Association says in a statement to local press that obtaining permits to establish a cinema takes no more than 48 to 72 hours. Arab News – 24 August 2015

France – The Gaumont Odysseum cinema in Montpellier had to be evacuated because of flooding. Heavy rains in the area caused flooding in several auditoriums as well as nearby streets. The same thing happened last autumn. L’Express – 24 August 2015 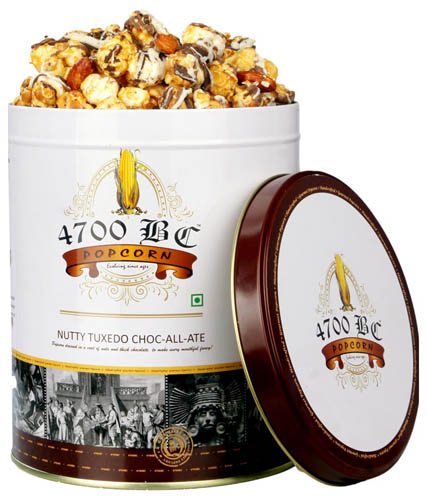 Spain – A father going to the cinema with his young son to watch “Minions” was almost evicted for bringing a bottle of water with him that he had bought elsewhere. The cinema even stopped the projector and the film and when that didn’t work called two Policía Nacional police officers. The incident took place in the multiplex Galicine, located in Ourense Ponte Vella Shopping Centre. Ideal.es [ES] – 22 August 2015 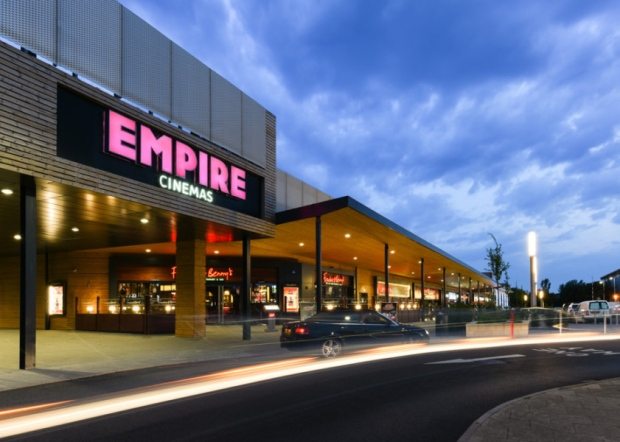 UK– Empire’s multiplex in Jarman Park is set to re-open this autumn following a GBP 7 million renovation. “the full re-launch takes place on October 26, with all 17 screens open to the public, seating for up to 2,266 film fans, a 281-seat IMAX auditorium, plus a conference suite and party room, as well as new restaurant units.” Hemel Today – 18 August 2015

UK – Odeon has been named as the future operator of the 11 -screen multiplex that will form part of the GBP £30 million revamped Queensgate shopping centre in Peterborough. Odeon’s former cinema in the town is now the Broadway theatre. Peterborough Telegraph – Paul Grinnell – 20 August 2015

UK – The BBC is asking ‘Why is the UK still knocking down historic cinemas?’ The article does a good job of listing many of the threatened wonderful art deco and other historic buildings that housed picture palaces from the pre-multiplex era, such as Liverpool’s The Futurist cinema. “A few years ago, for a decade or so from the mid-1990s, there was more a swing towards historic preservation of buildings,” [Cinema Theatre Association chairman David] Trevor-Jones says. “But the pendulum seems to have swung back in favour of redevelopment again.” BBC – Justin Parkinson – 21 August 2015

Australia – Majestic Cinemas has signed a deal to manage the historic Sawtell Cinema when it re-opens in December. Majestic currently operates five regional cinemas in NSW. Sawtell is set to be re-opened after a crowdfunding campaign. If.com.au – Brian Karlovsky – 24 August 2015 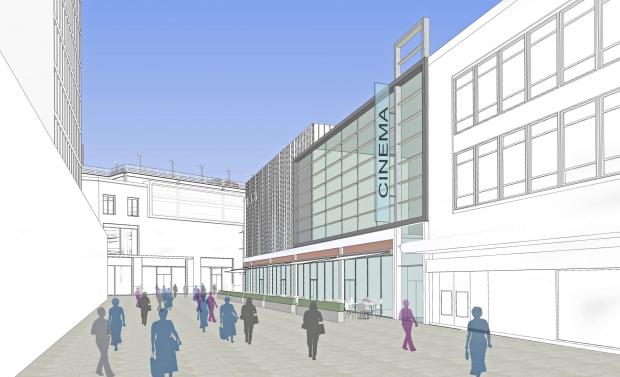 UK – Bradford city council has given approval to plans for a six-screen boutique cinema in The Broadway complex. The plans had been opposed by the National Media Museum, which runs a cinema nearby. A spokesman for developers Meyer Bergman is quoted as saying that a “high-quality operator” for the cinema will be announced “shortly”. Telegraph & Argus – Rob Lowson – 21 August 2015 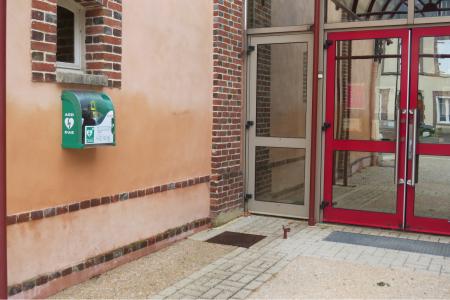 France – For those heart-stopping cinema moments. An automatic external defibrillator (AED) has been installed at the entrance of the cinema Lumière in the town of Nogent-sur-Seine. It is the third AED to be installed in public places in the town, falling ones outside the front of City Hall and the Agora-Michel Baroin. No word on whether the cinema staff has been trained to know CPR, which in one instance saved the life of a UK cinema patron. L’est eclair [FR] – 21 August 2015