Philippines –  The ceiling in a a cinema in Cebu City mall collapsed on Monday and injured six people. “At around 8:50 p.m., the middle portion of the ceiling of Ayala Center Cebu Cinema 5 gave up, prompting about 300 people attending a private movie screening to evacuate the theater.” LINK

India – PVR has secured further investment from a private equity (PE) firm to help fund its acquisition of DT Cinema and expand. “Multiples Alternate Asset Management (Multiples PE) has signed an agreement with the country’s largest multiplex chain operator PVR Ltd to invest Rs 350 crore ($54.8 million) afresh for an additional 10.7 per cent stake in the company, according to a stock market disclosure.”  LINK

The deal is part of a wider fund raising exercise by SMI, which is listed in Hong Kong, but operates principally in mainland China. SMI is raising HK$887 through a subscription and a private placing that also puts shares into the hands of Vitel Group and Tianan Property Insurance. SMI said that the new finance will help its cinemas expand from 110 to 160 locations.”  LINK 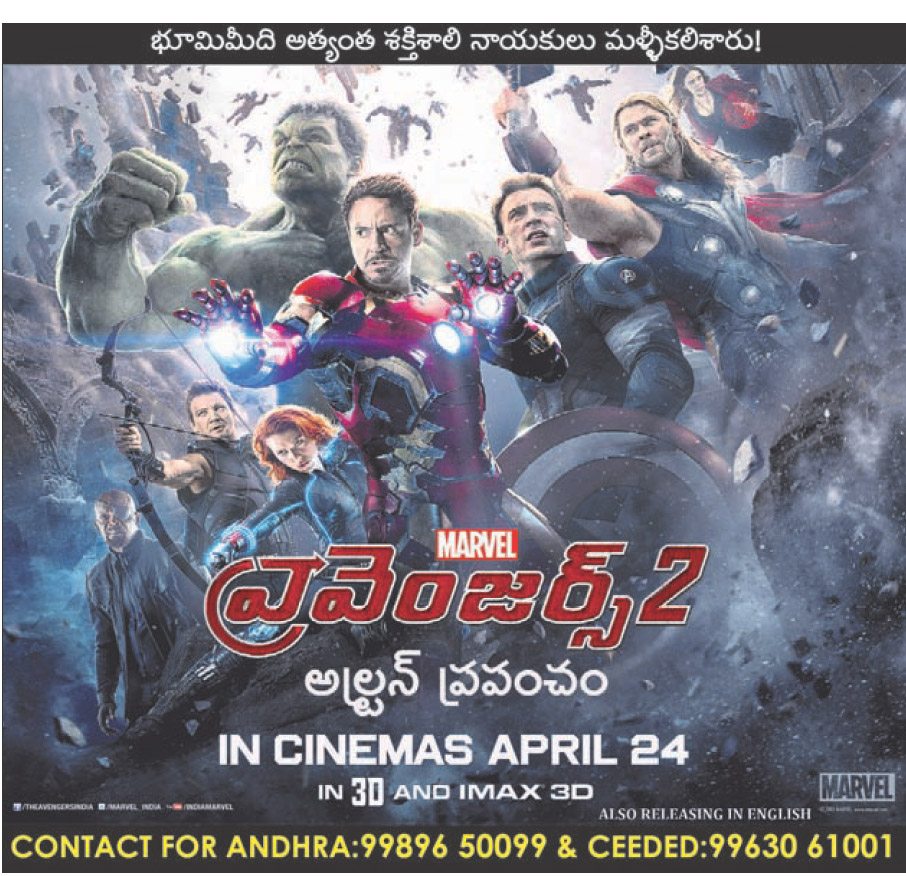 India – It is not just in urban centres and the Hindi-speaking northern part of India that Hollywood films do well these days. “South India is emerging as the fastest growing market for Hollywood films in the country. The four southern states generate nearly 40 to 45 per cent of the total revenue from Hollywood biggies and their dubbed versions.” “Furious 7” and “Avengers: Age of Ultron” have done particularly well, not least because they are dubbed into more south Indian languages. LINK 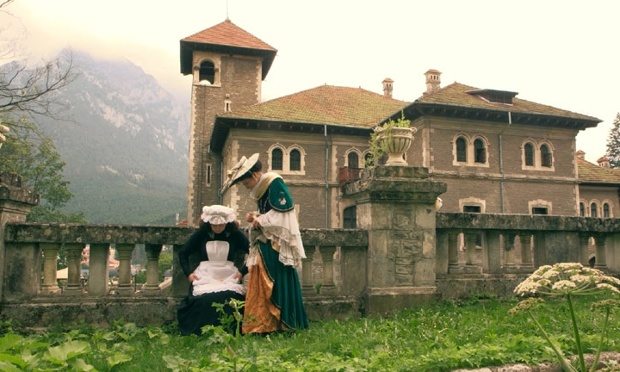 UK – A film has been pulled form the Israeli Film Festival in London, after its Orthodox director objected to men being able to buy tickets and watch it. “Festivalgoer David Lass had complained on the grounds that the decision appeared contrary to equality laws – a reading festival organisers contest. The owner of the Odeon Swiss Cottage, one of two venues for screenings, later said it would refuse to turn away male filmgoers.”  LINK 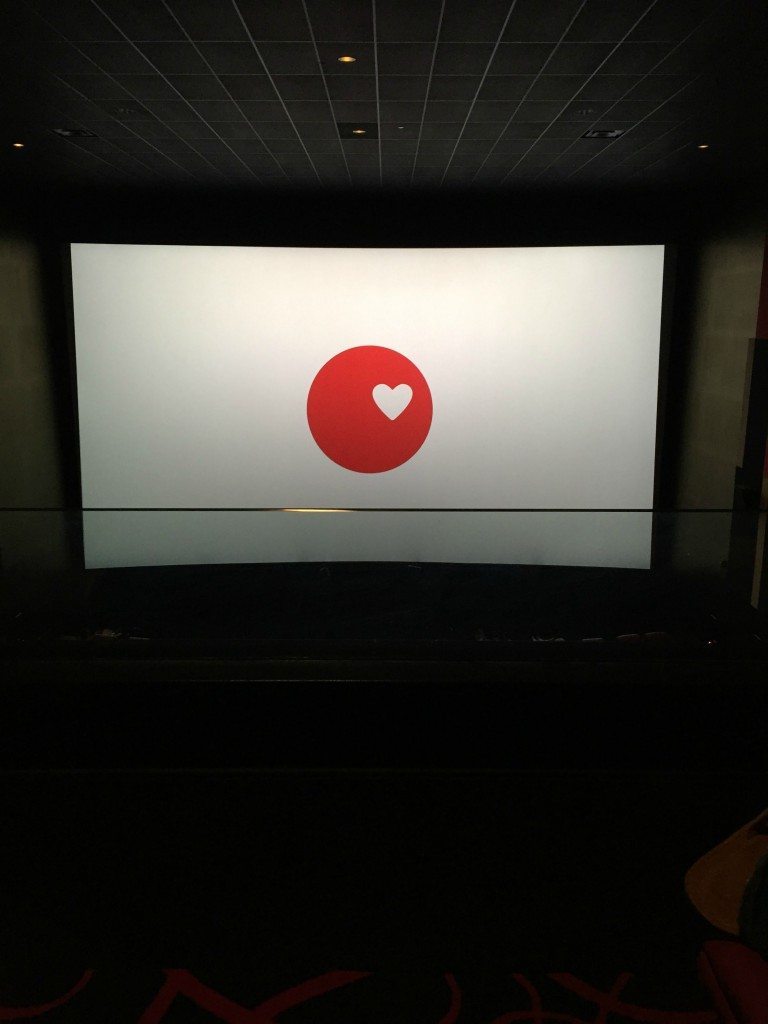 USA (KA) – A not-so-smart idea from AMC. “There’s only one way to screw up a theater: Put a barrier between audience and screen. My local AMC has somehow managed to do just that.” LINK

CineEurope: NEC will have all its goodies on display in Barcelona. “NEC Display Solutions offers the widest range of laser projector models in the industry, and together with professional displays and LED videowalls, the company provides an extensive solution portfolio for the entire cinema. At CineEurope, NEC will present insight into the future of cinema, including the use of signage solutions with multi-touch and interactivity to enhance the cinema experience for cinema-goers.”  LINK

India – Police in the South Indian state of Kerela has been raiding cinemas and rounding up students who should be in school. “Operation Gurukulam was originally setup by the Kerala government with the association of its police department to nab the students who were taking the anti-social route but is now being used as a means to control the film crazy Kerala youths.” LINK

U.A.E. – Bringing infants to “Jurassic World” is NOT a good idea – strangely some parents don’t seem to get that. “Dubai has launched a campaign to raise awareness about cinema age restrictions after some parents have turned abusive at staff who have stopped their children from seeing a movie.”  LINK

Germany – The Cinestar multiplex in Dortmund was evacuated because of a fire last Saturday at 22:20, when all viewers were told to leave the building. The police suspect arson, with a fire started in a dumpster. “The evacuation went without incidents, with about 1,000 visitors from 14 cinema halls and two restaurants gathered on the square in front of the Cinestar.” The cinema was particularly busy because it was the opening weekend of “Jurassic World”. LINK

And on Sunday the UFA-Cinema near Düsseldorf Central Station had to be evacuated. The spectators had to evacuate the building and fire fighters arrived with breathing apparatus but could find no fire. Burnt food was the most probably cause for the smoke detectors going off.  LINK

Germany – A 27-year old fell to his death from the roof of a Cinemaxx multiplex in central Trier. It is not known what he was doing on the roof. His body was only discovered the following morning.  LINK

Germany – A new Cineplex in Baunatel (Kasel) – one of the first in the region to feature Dolby Atmos and motion seats. “All other cinema seats in the six halls to provide visitors with more space than is usual in other houses. In Capitol in Kassel defraud the differences in height between the rows of about 30 centimeters, in Baunatal 48 centimeters. The seat width from 1.30 to 1.40 meters promise towards Kassel with 1.10 meters more comfort.” LINK

India – Inox has expanded its high-end offerings in Pune, near Mumbai. “INOX Leisure has added two exclusive recliner INSIGNIA screens at its flagship Bund Garden Road property in Pune. The addition underlines the commitment of INOX to provide the best of luxurious services to its guests.” LINK 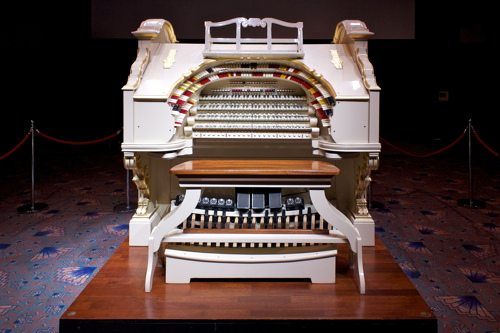 A lovely piece of vintage cinema equipment has been rescued and lovingly restored. It will soon come to the Troxy cinema. “After thousands of hours of work by volunteers and professionals, the restoration of the Wurlitzer organ from the Elephant & Castle Trocadero cinema is nearing completion.” LINK