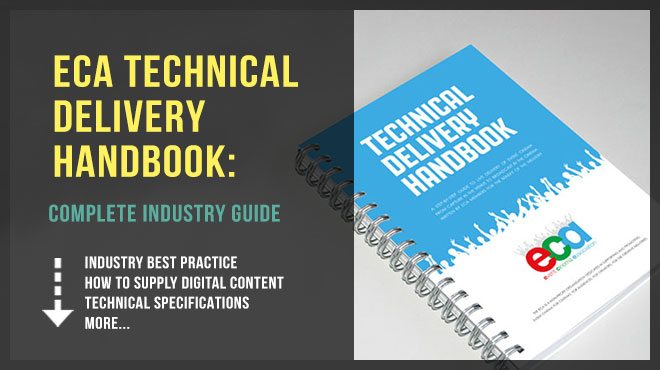 Earlier this year The Event Cinema Association (ECA) published its “Technical Delivery Handbook”, a step-by-step guide to live delivery of event cinema, written by ECA members for the benefit of the industry.

With satellite delivery the preferred mode of delivering live opera, theatre, concerts and more to cinemas this is arguably the most critical component of streaming events to big screens around the world.

CJ is in partnership with the ECA exclusively serialising three parts from the Handbook’s ‘Live Delivery Via Satellite’ section. The full book can be ordered HERE. We highly recommend it for anyone interested in or working in the cinema and event cinema field.

The live delivery of cinema events currently requires the use of one or several satellites. This is a technology that is well established and familiar to many, given its similarity to many systems in people’s homes.  The dramatic increase in live events available to the exhibition community over the past five years has meant greater acquaintance with equipment and operation has improved significantly as a result.

Here are the main factors to consider from a satellite delivery perspective during the initial planning and implementation of live Event Cinema.

The content provider or distributor will have to select one or several satellite partners to work before they plan the event:

Which regions to reach?

Satellites cover the globe with what is known as footprints (widely available online), each covering a region of the earth’s surface.  An analogy would be a torch beam focused on part of a football – anything illuminated within that beam would be able to receive a signal from that satellite.  If a number of regions across the globe need to be reached, the transmission will have to span across several satellites, which will impact on the cost.  So on that basis, it is important to consider the target markets and set budgets accordingly.

Is the event live to all regions or part time delayed?

In some instances it may be beneficial to transmit live to some regions and record for ‘as live’ replay a few hours later to other locations.  This will depend on the nature of the event and the time it takes place but for example an evening performance in Europe may be appropriate live, whilst also hitting a matinee showing in The Americas, but held for re-transmission into Asia.

How is the programme being created?

Has part or all of the event already been captured, or do production facilities to be organized to shoot the event (cameras, outside broadcast equipment etc.)?  In addition, the complete programme will need to be broadcast to satellite most likely via a mobile uplink truck.  Some satellite providers are able to provide a combined production and uplink truck, which will be more cost effective.

Whilst a satellite provider can manage the technical delivery of a live event, a distribution partner will be able to handle all commercial arrangements / marketing / booking with the exhibitors.  A number of specialist companies exist who are focused primarily on Event Cinema Distribution.

Whilst audio is covered more thoroughly in another section of this handbook, it is important to consider whether to employ stereo or Dolby 5.1. The decision is normally guided by the type of content to be transmitted.  Events with a focus on speech, such as interviews or Question and Answer sessions would normally be fine in stereo, but anything music related would benefit from a 5.1 mix.  Either way, the production team and satellite operator will need to know so that the correct equipment can be used during the event.  This will also impact on budgets.

Are subtitles required for an international audience?  If so, you will need to employ specialist help both in the creation of the subtitles and their subsequent delivery over satellite.  Any satellite provider should be able to provide contact details of appropriate supplier of this service.

Is it essential that the content is transmitted securely?  Although the satellites used for Event Cinema are not the regular ones used in the home, it is still possible for somebody with the right equipment to tune in.  If protecting rights is essential, then it will be important to encrypt the signal.  This will ensure that only those authorised to view will actually be able to receive the programme.  However, adding encryption could well reduce significantly the available audience as many of the satellite receivers installed in cinemas can only receive a transmission ‘in the clear’ (without encryption).

Most rights holders operating in Event Cinema include at least two tests in the run up to a transmission.  This gives the Exhibitor the opportunity to double check equipment prior to the live event using the same frequency and other technical parameters that will be used on the night.

Usually one test takes place a few days before and another on the morning of the show.  For the latter test, it is important that this is ‘end to end’.  In other words, all the way from the cameras, via the satellite uplink truck and down to the cinemas.  In this way you can be sure everything has been checked and optimised prior to going live.

Whilst regular broadcasts have improved familiarity, there are always some cinemas on the night who have forgotten to test, or who have staff unfamiliar with their satellite equipment.  Most content providers therefore fund a helpdesk which exhibitors can dial into for technical support if required.  Your satellite partner should be able to provide you with this service.

It is normal to build in between 30 minutes to 1 hour of ‘line up’ (testing time) prior to the start of the live performance.  This ensures that both the production facilities on site and the cinemas on the receiving end are fully set up and ready to go.  During part of that period it is common to provide other content such as pre-show information, or a live countdown clock. It is also important to ensure there is no mute audio or static camera shots, which are a common distribution fault where a frozen image can appear due to an input being removed to the encoder or a signal disruption to the IRD/ STB.  These faults may lead exhibitors to think there is a technical problem with their own equipment and start re-adjusting their equipment locally.

At the end of the show, at least 15 minutes of potential overrun time should be allocated in case the live event lasts longer than expected. This will prevent being forced off the satellite abruptly at the end.

Nigel Crow has worked in the satellite industry for 24 years, the last 10 of which have been with leading broadcast and media company Arqiva. Over that period, he has focused on the delivery of live events by satellite encompassing sport, news and corporate communications. For the past 5 years, he has overseen the development of Arqiva’s Event Cinema service as Sales Manager, which have grown significantly throughout this period – providing transmission infrastructure for many of the arts, music and premier content delivered to exhibitors across the globe.