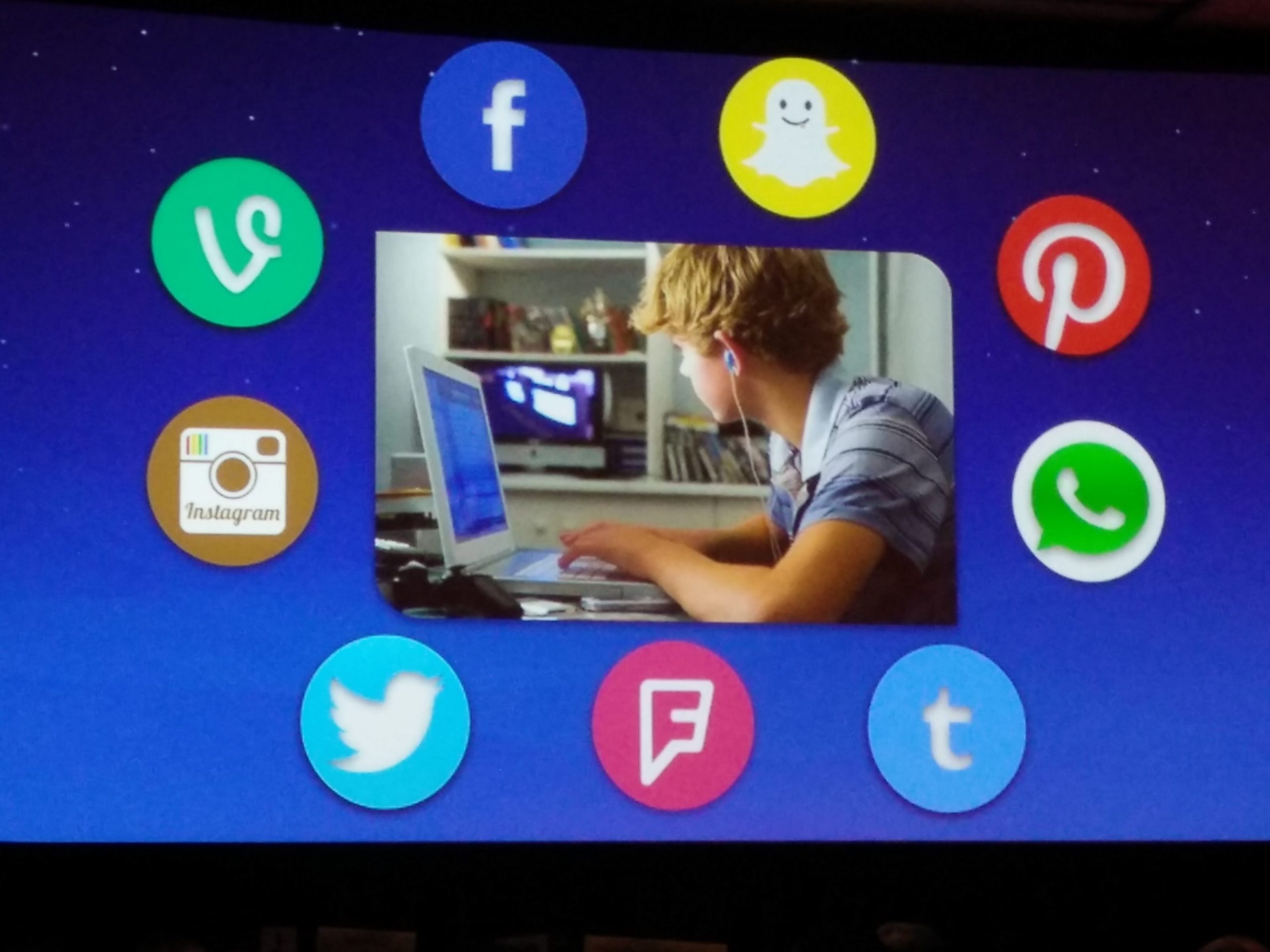 This is a live transcript of presentations at CinemaCon. As such it is likely to contain errors, spelling misstakes and misheard quotes. You have been warned.

It is a strange dicotomy that international cinema now represents 72% of Hollywood’s box office takings, yet at CinemaCon the International Day (more like 2/3 of a day actually) remains the appendage at the start of the trade show. Maybe attendance doesn’t yet reflect the reality of where the money is in movies these days, but International Day remains the tail that is still not wagging the dog.

That said, there were excellent presentations throughout the day, starting with the International Keynote Address by Dave Hollis, Executive Vice President, Theatrical Distribution, The Walt Disney Studios.

The event and the International Day Breakfast was introduced by Phil Clapp – Head of the Cinema Exhibitors Association (CEA) in the UK and also President of UNIC. He began by observing that amost 900 delegates registered at CinemaCon for International Day, proving that the numbers are there.

He thanked Texas Instruments and Dolby Laboartories for being sponsors. Michael Archer, formerly of Doremi now part of Dolby Laboratories, was then introduced.

Michael Archer: “Happy to be up here. First show for Doremi as a merged company with Dolby, which finalised last November. CP850 Base featured this show, integrating Atmos, as well IMS 2000, successor to IMS 1000. AStmos will be featured in Colliseum, plus Pixar’s “Inside Out” which will be the first Hollywood feature to be screened in Dolby Cinema.” With that he said thank you (no word from TI) and handed over to the keynote speaker:

Dave began his talk with a ‘private case study’ of his own family, which includes three sons aged 3, 8 and 9. “What motivates them is part of our challenge. It is important to ensure that movie going is as relevant for them when they are fathers themsleves,” he said. And the theme of youth was very much a leading theme of the International 2/3 day.

20 films have crossed $1bn globally this year (most recently “Furious 7”). As many of the latest iPhones were sold in its first weekend and iPods sold in the first four years. Screens are growing bigger. Facebook 1.4bn users, 4m google searches per minute. “This is the new world order.”

“The movie business is superhealthy. Global BO continues to grow. $36.4bn with international representing 72%. “All of the growth is happening in the international space.”

“Over last five years Asia and Latin America has been responsible for most of that growth. 25% growth on average. China No. 1 international market.”

“We are projecting significant global growth over the next five years. Who are the consumers that will drive that growth? He is faced with barrage of choices in the home. How to we move the Hollis boys from the tablets to the cinema? Slate of films as widely appealing as possible.”

“The more tech savvy a person is the more likely they are to go to a movie theatre. We can’t be afraid of this explosion in technology. How can we tap into and lean into this technologychange so that we can always take advantage of this in the cinema?”

“We need to stay focused on the consumer, who are they, what do they want, where do they live. Secondly, we need to work together to bring those consumers into the cinema. Both exhibitors and distributors. Those little apps cannot replicat the experience of seeing “Star Wars” or “Avatar” or “Hunger Games” on the big screen with your friends.”

“Historically this has been more of a transactional relationship. The shared goal is to make the theatrical experience the first choice of he consumer. Period. There is a limit to how much we can do it alone.”

“If we do, it won’t be about shifting share, it will be about growing the overal pie. As distributors we are not just thinking about it in local perspective.”

“‘Release stratgey’ is thinking about which market to release in first to make sense.”

Localization of campaigns, “built to speak to individual market, with local material, that taps into something local on the ground.” Highlights Frozen and Lego Movie. Spider-Man example where fans got to vote where the films should have Asia premiere (Taiwan won). ‘Home’ Odeon Store. “Critical to do this in every market.”

“Much of this is possible from tapping into technology. We are not the only ones to do this. Technologial innovation: a television case study.”

“We have to continue evolve how we make and how we think about movies, so that consumers associate going to the movies with value.”

“These innovations are coming from both ends of the table.” Lists Dolby Atmos, Gold-Class Experience, laser projection, higher dynamic range.

“Ultimately it comes down to the consumer experience. We all have to be true to that, making the consumer’s experience paramount.”

“Give consumers a reason to go to cinema and give them a reason to come BACK. We (Disney) will continue to do that. Blockbusters are important, but there are many films other than that, for which the trip to the cinema has to be just as rewarding. Do the consumers leaving feeling like they had a treat? We need to have a differentiated experience with cuttting edsge technology, focused approach to leave cnsumers with a lasting impression for a long long time.”

With that he ends the presentation.

Phil Clapp is back on stage, saying he wants an annual update of the Hollis boys. “It will be like Boyhood.”

He then introduces the seocnd speaker: “Next one is smart, savvy and give a perspective of where we are and where we are going.”

“Let me start with some key figures to better understand the global landscape.”

“More than ever we are in a global landscape. 26bn for 72% marketshare. World wide cinema screens 142,000 screens up 6%, mainly due to Asia growth. 90 per cent of screens are digital. BO down 5% in US mainly due to lack of hits and competition of online.”

China: Studios are seeing the lowest rentals while the government controls which titles get released.
Europe: Slight increase across UNIC terrtories by 1% with . Spain had one of the worst drops in attendance i the history of cinema. But this has changed in 2015. Increase of 13.6% attendance and BO 3%.

1. How do we grow the business. Attendance will be under pressure for years to come. The opportunity is to enchance the cinema going experience and tap into new revenue opportunities.

2. Increasing competition of home enterttainemtn from more and more connected consumers. Online streaming platforms. Watch put for electronic sell through. $1.5bn in US in the last year.

3. How higher prices are acting as a barrier to cinema going. Cites PWC study. PLF, 3D and Imax are contributing to higher prices that some consumers

4. Piracy is the most important challenge. More needs to be done by all of us for fair online media consumption. We need to explain how fair value is created in our sector through respect for copyright. Policymakers need to ensure copyright in

5. Chalenge of age of customer base. [Shows a black & white photo of old people standing in line for “The Best Exotic Marigold Hoel”. “I don’t see much growth from these guys in future years.”

6. We need to maintain content diversity to appeal to different regions.

How to we develop? More segmentation of the audiences to attract a challenged fragmented audience. The first is value segmentation. Premium will allow charging higher ticket price. New technologies also helps make the big screen experience ever more immersive. Laser and HDR together with immerise sound will blow our customers minds. Cinema remains the gold standard and this has to remain unbrate.

When talking about segementation we have to talk pricing. Audience intitiatives like Fiest del Cinea in Spain. Similar campaigns can help encourage attendance. Example of exhibitors and distributors working togehter.

Window segementation. How about we think about release strategy segementation. Cross-promotion marketing initiaticves. We need to avoid shifting monie between window but tapping into collaboration. We can’t change the future. Fighting online at every turn will not work .

What about the future? 2015 will be a record year. We might pass $40bn as a whole. Major titles will boost. China is on the verge of becoming thwe worlds largest cinema market in the next few years.

Would like to finish by talking about the importance of our industry.  142,000 screens around the world enable people to discuss stories, think, trasport us to different worl. Escaping from reality. We are No 1 out of the house, shared experience option. Cinema is magic. Movies are made to be screened on larger than life scale. And that’s smething home entertainment can never replicate. Fims are communal, to be shared with strangers in a dark room. Remember, people are still coming to movies and it is a global business.

The future is looking bright.

[And with that he finishes.]
Follow me
Patrick von Sychowski
Editor at Celluloid Junkie
Patrick was a Senior Analyst at Screen Digest, went on to launch the digital cinema operations of Unique and Deluxe Europe, then digitised Bollywood at Adlabs/RMW, and now writes, consults and appears on panels about cinema all over the world.
Follow me
Latest posts by Patrick von Sychowski (see all)
Send this to a friend