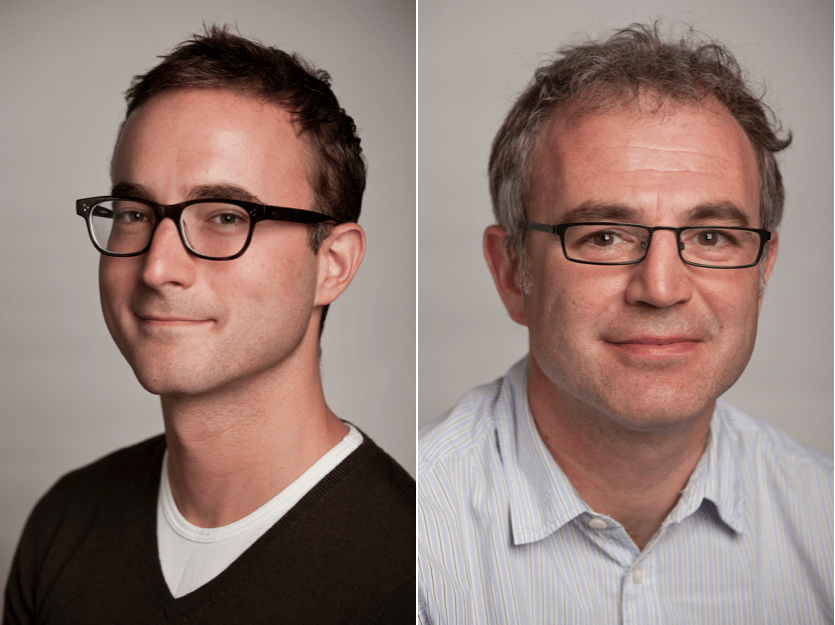 Arts Alliance Media (AAM) was an early digital cinema pioneer with the UK Film Council’s DSN, as well as being one of the first VPF roll-out entities in Europe. Today the company is focusing increasingly on services and software for cinema around the world, with clients such as Wanda Cinemas, Mars Cinema Group and Vox Cinemas.

We put some questions to AAM’s Commercial Director Eric Stevens and the company’s CTO Rich Philips.

Celluloid Junkie: It is 10 years since AAM won the contract to build and run the UK Film Council’s Digital Screen Network (DSN). What’s been the learnings about the digital cinema technology and service during that time?

Eric Stevens: That the learning never stops and we need to educate more. Digital cinema happened pretty quickly if you think about it; an entire industry has been transformed in a relatively short period of time.  But the transition hasn’t been entirely simple and straightforward and there have been consequences, many of them unintended.

Rich Philips: When we started everything was new—both the technology and the challenges.  Early pioneers like AAM had to invent solutions for all of these changes.  In some areas (like equipment reliability and proactive remote NOC monitoring and intervention) great strides have been made, but in others we’re still a long way off.

Take security key (KDM) management: still a far too manual process that is hugely inefficient and frankly insecure.  Or how about the original dream of single-inventory content?  Not a chance:  the number of available different versions for each piece of content has exploded, making it very hard to ensure that the appropriate versions are played. Digital has offered many conveniences and provided terrific ease of use, but on the other hand it’s made it easier than ever to make mistakes with the wrong drag or click of the wrong button.

So what have we learned?  We’ve learned that the hardware and infrastructure is only the beginning.  It’s the software that will help address all these issues and ultimately harness the greatest benefits of digital cinema to materially change the customer experience for the better.

CJ: Now that the global conversion to digital cinema is nearly completed, what will be the next phase of technology implementations?

Eric Stevens: There’s a lot of current discussion around laser illumination, spatial audio and high dynamic range, all of which promise improved picture and audio quality but on balance offer incremental rather than fundamental changes.  While these technology developments certainly differentiate cinema presentation quality from the in-home experience they have little impact on the way cinemas operate or engage with audiences.

We’re almost done with the celluloid to digital conversion yet many theatres are still operating much the way they did before the transition started.  Digital has finally removed many barriers to facilitating more dynamic control of content presentation, exploiting IT automation to manage increased complexity without error, and using technology to understand audiences better and target them more effectively with higher engagement.  Yet programming, scheduling, trailering, advertising and operations are often managed like they were still restricted by the inflexibility of celluloid!

Rich Philips: Software is the key to unlocking the potential of digital cinema and we would argue software is the next key phase of technology innovation and implementation.  All the equipment is terrific, but you are missing out on true value, incremental revenues and improved customer experiences if you don’t link all these systems and platforms together through great software.

CJ: So you are saying that IT is the key to the second phase of digital cinema, if we can call it that?

Rich Philips: Yes.  And clearly software provides the bridge between the new digital playout systems and social media, mobile, the internet. Using it to understand who customers are and what they want, and then delivering it to them.

CJ: Are you not concerned that this topic gets overlooked in all the talk about HDR, lasers and immersive audio when it comes to the cinemas of tomorrow?

Eric Stevens: We’d be concerned with any industry or company that overlooks a critical component of change and innovation. And yes, we feel our industry as a whole hasn’t quite embraced the benefits software brings to the table.

Maybe this is because some have had bad experiences, maybe it’s because the hardware was so costly in its own right.  Whatever the reason we feel it’s important to concertedly shift the attention to software.

Rich Philips: Laser, HDR—very important in their own right as exhibitors look for their next revenue streams and try new technologies.  In some ways maybe software/IT doesn’t have the same glamour….yet.  But software is far reaching and critical to ongoing operations, which is why we’re so passionate about the ICTA panel at CinemaCon this year.

CJ: With the first batch of VPF agreements coming to an end, a lot of exhibitors are now talking about the total cost of ownership. Does that mean tighter margins for vendors such as AAM?

Eric Stevens: It’s very simple: if the value our products bring to the table isn’t greater than the exhibitor’s investment then we’re doing something wrong.

We’re very lucky to count some highly progressive exhibitors among our customer base, including Wanda, Cinepolis, Mars, Cinemex, Cinema XXI and more.  So we like to think we’re doing something right in terms of the value equation.

Rich Philips: We’re not here to commoditise software because (and we see this as a key selling point) we believe its mission critical and we constantly invest in our products to a very high level.  We innovate and take customer direction.  You can’t do that if you underinvest.

So are we asked to look at pricing?  Sure, but we walk away if the deal doesn’t make sense.

CJ: What further revenue generating opportunities do you see for cinemas that are bold in embracing new technology and solutions?

We believe passionately that technology used in the right way can deliver all of this through better engagement of the customer, better and more revenue-generating advertising, better integration with social media and generally better customer experiences in the cinema.

We are working hard in each of these areas and will be announcing some very exciting initiates across the next few months.

CJ: There are quite a few vendors in the TMS/NOC/POS/ticketing space(s), should we expect a fragmentation of the market or a consolidation of the industry?

Rich Philips: We are already seeing this.  Dolby’s acquisition of Doremi will result in one less TMS on the market. Dvidea went out of business last year. We expect to see further simplification this year.

Developing an enterprise TMS system that supports the plethora of playback equipment on the market is complex and expensive. Significant ongoing effort is required to keep up with all the constant changes demanded of an integration hub for all these different devices, which is what we’re really talking about.

Eric Stevens: The market is also small in real terms which means that you need global scale to make it work. TMS vendors without that scale are unlikely to be able to continue innovating and tracking changes.

Speaking plainly, if I were an exhibitor I’d be pretty careful about my choice of software/technology provider as I wouldn’t want to be caught out with, effectively, the backbone of my operations suddenly unsupported.  We have, in fact, been called in a number of times across the past year to replace TMS’s for exhibitors where they’ve either been very disappointed by support or the vendor simply went out of business.

Similarly, certain POS/ticketing vendors are emerging as the platforms of choice for exhibitors making refresh decisions, which will strengthen their products further at the expense of their competitors.

Rich Philips: We think it is also reasonable to expect some tighter integration between the various software platforms used by cinemas. POS and TMS vendors have different core skills and abilities, and are likely to continue to specialise, but there will be benefits to exhibitors if these platforms integrate more tightly than they do today.

CJ: You recently announced details about your product development deal and installations with Wanda Cinemas. Can you tell us a bit more about it and how is it different doing business with a big Chinese company as opposed to European or US clients?

Eric Stevens: Wanda are ambitious and forward looking and we are privileged to have such a close relationship with them.  Ours is a strategic partnership first and foremost.

Wanda comes to us as a reliable and trusted advisor for software and technology.  From there Wanda clearly has an interest in our software products and will initially take our flagship TMS Screenwriter across their entire Chinese estate.  They will also implement Lifeguard, our centralised hardware support platform, to power their NOC in Beijing.

The cinema industry in China is expanding rapidly, reaching out to new audiences without the same pre-conceptions that we have in the West. It’s exciting and the growth rate there is phenomenal.

Of course, Wanda’s ambitions extend well beyond China and they are at the front of the consolidation that is under way in global exhibition at the moment.

Rich Philips: We are very proud to have been selected as a technology partner by such a visionary powerhouse.

CJ: Final question, has AAM come up with a technology that (legally) blocks annoying smartphone use in cinemas? I can guarantee you it will sell well.

Rich Philips: How about a time machine?

Eric Stevens: Look, many people find smartphones annoying but banning them outright and trying to just make them go away is not useful (or possible).

The future of cinema lies with its ability to continue to appeal to the younger generation who have never known a world without mobile devices and are inseparable from them. Their brains are wired differently and they expect their connection to global information and social media to be available constantly.

Rich Philips: With more mobile devices in the world than toothbrushes perhaps the industry needs to find a way to embrace rather than ban, and find ways of making it less intrusive for those who do find it objectionable or other ways of serving the needs of different kinds of audience.

Eric Stevens: That said, those cinemas offering certain shows where films can be enjoyed in darkness and silence without distraction are likely to get their fair share of patrons!  And for the record, we love the Alamo Drafthouse public service announcement.

Arts Alliance will be on stage at CinemaCon at the ICTA Presents ‘The Unintended Consequences of Digital Cinema’ panel Thursday 23 April, 8.30 am.