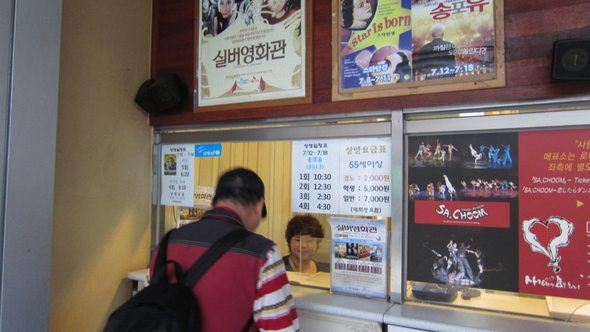 Most multiplexes in South Korea see occupancy of just 20% to 30%, but one cinema has figured out the secret of selling out almost every show. It is a model that is now spreading all across Korea as other cinemas jump on the trend. It is also one that will have increasing relevance in Japan, Europe and the United States in the coming years.

Hollywood Silver Cinema does not make much of an impression from the outside. The single-screen is a small (just 300 seats), old fashioned cinema on the fourth floor of the Nakwon Arcade located in Seoul’s old Jung-gu district, on the other side of the river from the ritzy Gangnam-gu district that Psy immortalised in his song and music video. Yet according to the cinemas CEO Kim Eun-ju its average seat occupancy reaches a staggering 80% to 90%.

The cinema opened in 2009 as a social enterprise, where previously the Hollywood Theatre attracted young Koreans with American blockbusters. The cinema still shows Hollywood blockbusters every day, but not “American Sniper”, “The SpongeBob Movie” or any Marvel super heroes.

“The films we select are mostly from the 1940s to ’70s that were ranked first to fifth at the box office at the time,” she said.

“We do show recent releases from time to time. Films that we think could appeal to senior citizens such as ‘My Love, Don’t Cross That River‘ (2014) or ‘Masquerade‘ (2012).”

The ‘silver’ in the cinema’s name does not refer to the screen (it doesn’t show any 3D films), nor the nitrate in the 35mm print stock but to the typical patrons. The only fifty shades of grey you will see in this cinema is the hair colour of the audience (those that are not bald yet). But the ‘silver appeal’ is now rapidly spreading throughout Korea. 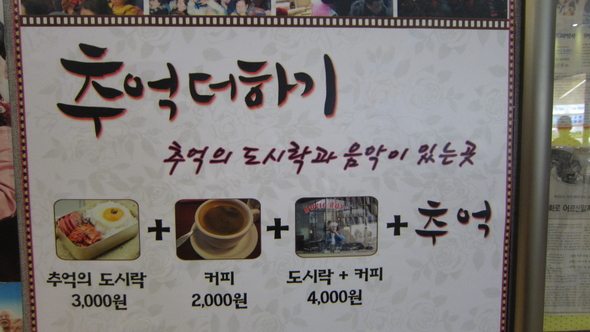 The Hollywood Silver Cinema holds four screenings per day, out of which one or two are typically always sold out. Especially the ones around lunchtime. This is helped by the fact that the cinema has special meal-deals that do not include a popcorn and soda but a hot meal for 3,000 won (USD $2,73), coffee for 2,000 won (USD $1.82) or a meal-deal that also includes the ticket for 6,000 won (USD $5.45).

When the cinema began its first screenings in 2009 it only had an average of 100 daily admissions in the first few months. Yet word-of-mouth helped to grow attendance and by 2010 the cinema had over 100,000 admissions. By 2014 the cinema achieved around 250,000 admissions and CEO Kim fully expects the upwards trend to continue.

Yet ticket sales are not the main source of revenue and the social venture has the backing of corporate sponsors such as SK Chemical, Yuhan-Kimberly, and Seoul City. Speaking to AOE, CEO Kim points out that for many of these donors it is a matter of rewarding those that helped the companies and country grow in the first place.

“When (people from) donor companies visit our theatre, they are deeply moved and decide to continue their support,” said Kim. “Without the sacrifice of these generations, large local companies wouldn’t be what they are now. The companies can pay them back through funding these kinds of projects.”

Yet despite the non-profit nature of the business, Hollywood Silver Cinema’s model has been replicated in the same district in Soeul by Myungbo Silver Theater and Cheongchun Cinema, as well as silver cinemas popping up in other Korean cities, such as Ansan, Gyeonggi Province; Incheon; and Daegu. 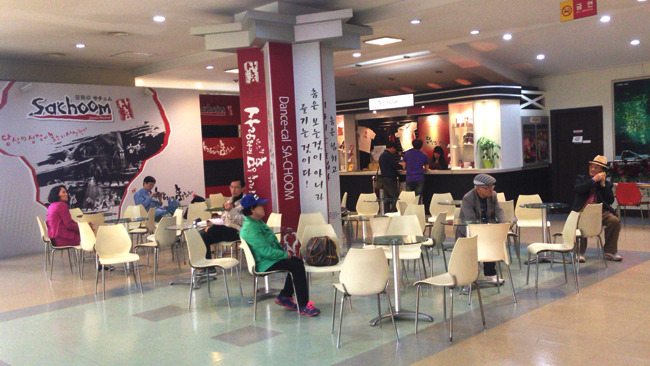 An expanding older demographic is not unique to South Korea, but it is felt increasingly, with those 65 or over accounting for 12.6% of the population of South Korea in 2014 but growing to one in five or 20% of the entire population by 2026. Finding safe, low cost and meaningful activities for the older population is becoming imperative, not just in Korea, but also Japan, Europe and North America.

“Korean elderly suicide rate is the highest in the world, but if there is a space to enjoy the life, I believe that the suicide rate also fall. I think that if the Haebanggu Jongno is to provide jobs and outdoor sports for seniors. The elderly are the protagonists, but it is a sad reality, no place to rest comfortably overcome these heroes are the ruins of the war made for today’s economy. Our heroes have not noticed I hope to see this place to rest. “

Far from being just a venue where old people come to watch old films, Hollywood Silver cinema is a social space where people meet for interaction both before, after and between films. The food and drink at the cafe Adding to Memories can be enjoyed even for those who do not watch a film. The cinema also arranges off-screen events, such as concerts and “Teuroteui” singers performing K-pop evergreens in sequinned jackets.

And as if to prove that old people are sometimes just young people trapped in wrinkly skin, the cinema and cafe are also considered a hotbed of elderly dating. It might not just be on screen that there is kissing going on during a showing of “Roman Holiday” with extra large subtitles. 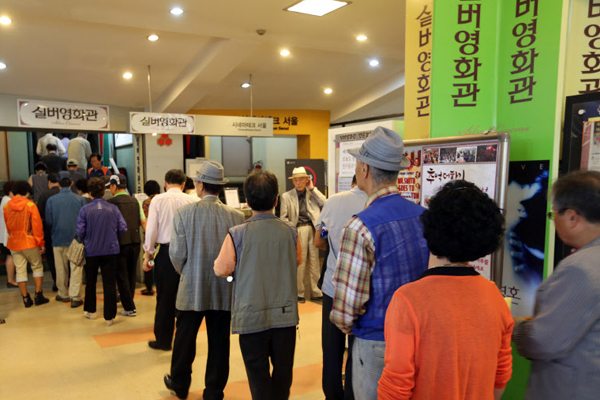