Vista Group has agreed to acquire Texas-based ticketing firm Ticketsoft on undisclosed terms. Last year the company acquired a stake in MACCS International and had a successful IPO, with share price currently up 67%.

Terms of the agreement are confidential and subject to commercially sensitive conditions that the vendor is confident it can meet, Auckland-based Vista said in a statement. Buying Ticketsoft will enable the company’s Vista Entertainment Solutions unit “to grow its US client base through the provision of a broader software offering to Ticketsoft customers,” it said.

USA – Proving that the biggest of screen can accommodate the most, erhm, intimate of dramas, Imax will be playing “Fifty Shades of Grey” in 75 properties across North America.

Universal-Focus’ “Fifty Shades of Grey” has been strong in early tracking, with projections for as much as $60 million for its Friday-Monday launch. The R-rated “Fifty Shades” appears to be heading toward significant profitability given the $40 million pricetag for the adaptation of E.L. James’ sex-saturated bestseller.  LINK 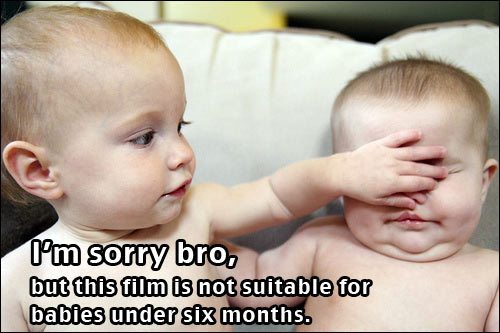 UK (Scotland) – After the tabloid outrage of the planned mom-and-baby screening of “Fifty Shades” at the Barbican cinema in London, one cinema in Scotland inadvertently followed their lead and advertising the S&M drama for their baby screening. (Apparently watching black people being involuntarily beaten is less traumatising for infants than seeing white people being consensually whipped).

The Edinburgh Cameo’s website said the 18-rated flick would be screened at its weekly Big Scream Club for mums and babies.

But bosses said a new online system was to blame for the error and that the 12A rated Martin Luther King movie, Selma, would be screened instead.

Lebanon – Despite a war next door and an influx of refugees from Syria, cinema going in Lebanon saw an uptick in 2014.

Lebanese screens still on the rise. Annual attendance in cinemas increased by 8% in 2014 compared to 2013, 3.688 million tickets sold. Isaac Fahd, marketing director of the Grand Cinemas chain, one of the main operators in the country, this increase can be explained by the creation of new rooms: “They have been very successful, especially Vox Cinema and Cinemacity the Beirut Souks. In the capital, twelve new cinemas were built between 2013 and 2014. “Second, he says, the output of two Lebanese comedy hit – Vitamin Elie Habib and Neswen Sam Andraos – benefited the Movie attendance.

The most visited resort in this year is the Vox Cinema in Beirut City Center, with 570,405 visitors, nearly 15% of the total number of visitors. Opened in April 2013, the multiplex 5000 square meters is built into Hazmieh shopping center, owned by Majid Al Futtaim Group.  LINK 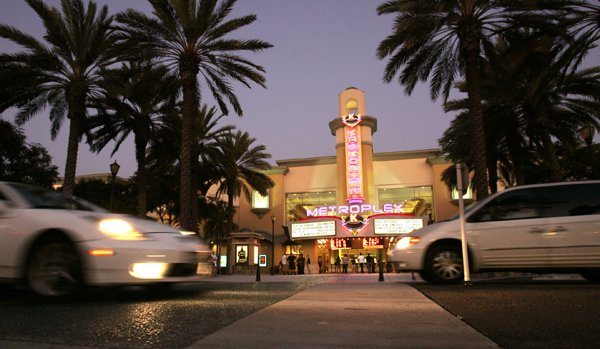 USA (CA) – Cinépolis is taking over the running of a Krikorian multiplex in San Diego. 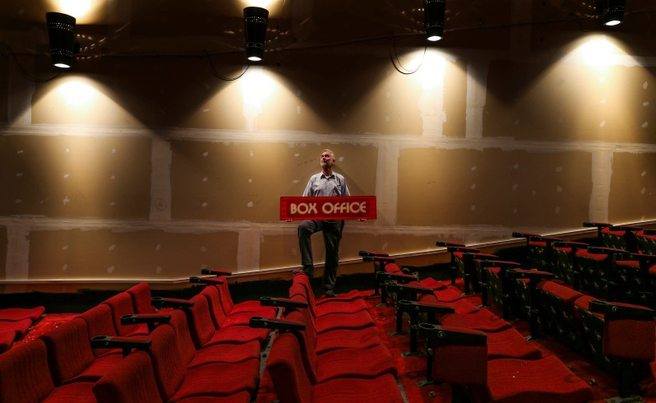 Australia – Free cinema seats on offer in this Australian cinema. As in, free to come and collect, not to watch a film seated upon.

If the red seats that once accommodated patrons of the Ace Cinemas complex in Subiaco could talk, goodness knows the secrets they would reveal.

Now, about 500 of the seats are getting a new lease of life, with developers behind a project to revitalise the area offering them to a good home.  LINK 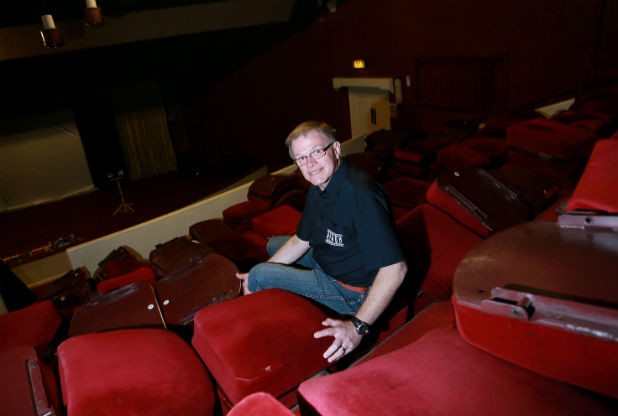 UK – If only they could have shipped those seats to the UK for this cinema.

Four hundred seats are being installed in the Byron Cinema in a bid to return it to its former glory.

And so far more than 114 red velvet seats have been fitted by a group of volunteers from the Byron Community Project.

The group has been renovating the 1936 Art Deco building, on the corner of High Street, since 2013.  LINK 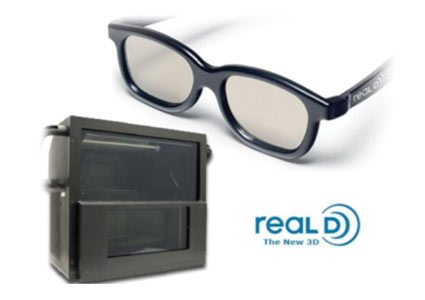 The deal with AHL will see brands including Event, BCC Cinemas and Greater Union utilising RealD 3D Cinema Systems across 445 screens in Australia and New Zealand. The long-term partnership has been in place since 2009.

Meanwhile, the deal with Village Cinemas will see them utilise RealD 3D Cinema Systems across their screens in Australia with a long-term partnership that has been in place since 2009.  LINK

In 2015, 4K and 3D technologies have hit the countryside of Estonia. The best cinema technology is no longer limited to the big screen, with smaller cinemas gaining access to a state of the art cinema environment.

“Smaller cinemas should not shy away from the new technology, but rather see it as an opportunity. The world’s sharpest and most advanced cinema technology is now available to them, at a reasonable price. We see a great interest from Estonia’s independent cinemas, and some of them have already invested in Sony Digital Cinema 4K solutions with great success”, said Raivo Kraus, Sony’s partner at Miterassa Ltd.  LINK 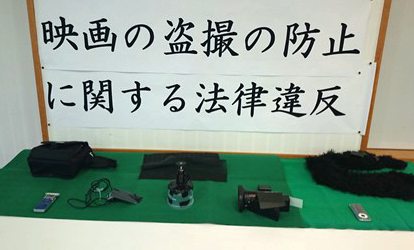 Japan – A Japanese man has been charged for illegally recording the film “Lucy” in a Fukuoka cinema. The Japan International Film Copyright Association (JIMCA) is on the case.

The 9th, Luc Besson director’s “LUCY / Lucy” in the company employee man of 47-year-old Fukuoka city of cinema as was voyeur (starring Scarlett Johansson), law and copyright law violations relating to the prevention of theft of movie Taking of the doubt in that it has been sent papers to Fukuoka District Public Prosecutors Office Japan International Film Copyright Association (JIMCA) revealed. That man has admitted the charges.

Voyeur “LUCY / Lucy” in screening men using a video camera and an IC recorder that was concealed. Noticed audience Problem to theater staff, I was led to this caught. Of men subjected to crafted to prevent leakage lighting lamp such as a lens or camera top, had possession of video camera for spy fitted with stand for securing the drink holder seat. Police officers received a report Hakata police station rushed to the theater, arrest. I went the interrogation of men.  LINK 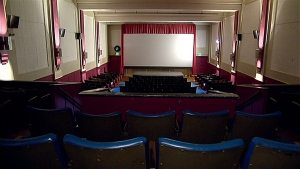 Canada – A post-digitisation fundraiser for the Vogue cinema in Sackville.

Coates has started a fundraising campaign to save the art deco, single-screen theatre that is a hub for the arts community.

He says improvements to the historic building and its projection system were necessary in 2012 because it was becoming difficult to find movies on film, but that switch is what has led to the crushing debt.

“When we did do that it was almost $100,000 to do it at the time because the theatre wasn’t exactly your big box theatre.”  LINK

USA (NV) – For people who don’t want to travel all the way to Reno, an option will soon open on a reservation.

The spotlight will be shining on the Fallon Tribal Development Corporation when it breaks ground Thursday at 11 a.m. on a new Fox Peak Cinema across the street from Banner Churchill Community Hospital.

The FTDC is a federally chartered corporation of the Fallon Paiute-Shoshone Tribe.

Toni Burton, economic development specialist for the FTDC, said construction of the $11.5 million, eight-screen cinema will showcase wall-to-wall screens, an enhanced sound system, luxury Irwin seating and digital presentation in every auditorium. In addition, several auditoriums will have RealD-3D capability as well as the new Dolby Atmos® sound system.  LINK 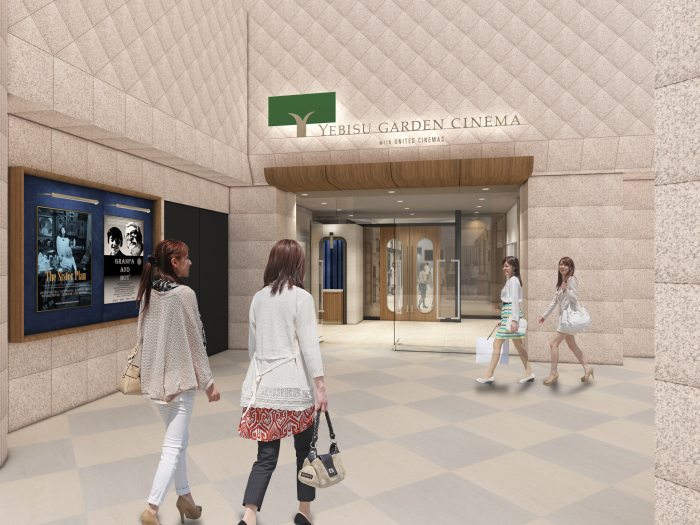 Japan – A welcome return for a small art-house cinema.

2011 movie theater that was closing in “Ebisu Garden Cinema” is, to change the name as “YEBISU GARDEN CINEMA”, and reopened in Yebisu Garden Place. Open date March 28.

This time will be reopened “YEBISU GARDEN CINEMA” is opened for the purpose of carrying out the dissemination of information culture and art beyond the Ebisu Garden Cinema was closing in 2011. Hall, design consumer electronics in the original creative director of “amadana”, “HOTEL CLASKA” architectural design firm “Intentionallies” that Hidekazu Zheng dealt with such as “United Cinemas Toyosu” led by design. A total of 280 seats in 2 screen is provided, and employs a wide type and luxury type with cup holder in the seat. I include a possible screening environment in 4K digital projector and 7.1ch sound.  LINK

France – Work has begun on a new cinema in Saint-Pierre, despite voices of opposition in the city council.

In recent days, an excavator began to reverse engineer the carcass of the old supermarket Lidl. If on schedule, the new cinema (eight halls and 1,327 seats) carried by Roland Pfister, head of Grand Club in Dax, and Pierre Coumat for Altae company, will open its doors in late 2016.

Furthermore, concerning the proposed extension of the Canvas Moun more is known on votes of each other Wednesday during the transition to the Business Improvement District Committee (CDAC).  LINK 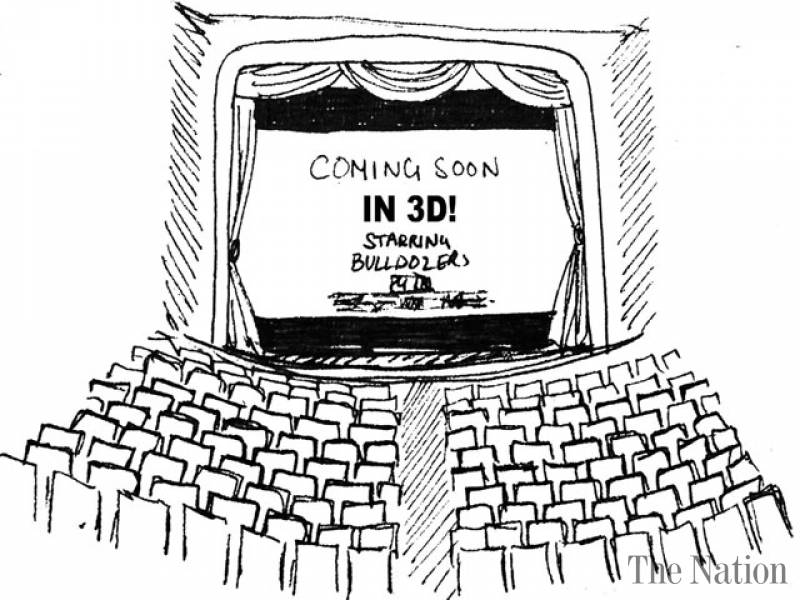 Pakistan – Thumbs down for a 3D cinema in Pakistan from this letter writer to Pakistan’s largest English-language newspaper.

According to a press report, Government of Punjab has allocated Rs. 300 million for a new 3D cinema in Murree. It falls in the category of import-based super luxury entertainment. Spending poor taxpayers money, in this manner, goes against the elected government as being oblivious of sufferings of those who generate taxes particularly those living in the interior deprived of basic facilities of life generating extremism. Worthy CM Punjab may please take notice of this luxury-based mindset of his advisers, before it is too late. Of course it is selfishness and incompetence of the MPA’s who do not try to solve problems of their voters and do not object to concentration of state-of-the-art facilities in a few cities, thus making the interior area and people subservient and miserable.  LINK 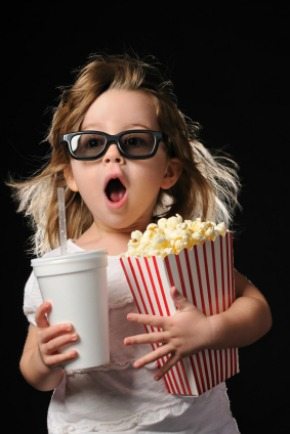 “How to Bring Your Toddler to the Cinema in 28 Easy Steps.” Or don’t.

16. Distract toddler by pointing out what’s going on in the movie. That will work for about eight seconds, especially if the film is PG and of no interest to him whatsoever.

17. When toddler starts playing with seat and inevitably hits himself in the mouth, stifle his roar with a packet of chocolate sweets.

18. Ignore dagger looks from sibling who keeps saying “Mum, mum – why did he get sweets?” and can no longer follow the film because all she can think about is sweets and unfairness.

19. Insist to everyone that there are no more sweets.  LINK