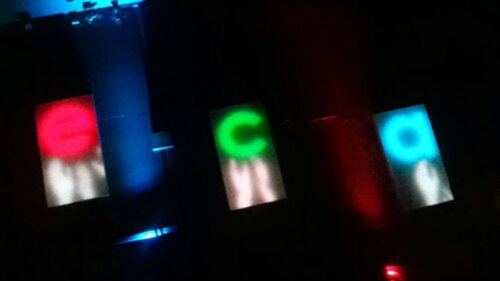 The second-ever Event Cinema Association annual conference attracted over 200 delegates, almost double last year’s figures, neatly illustarting the gorwth of the burgeoning sector. Located this year in the charming Genesis Cinema in London’s East End, the day was opened by ECA President Melissa Cogavin (nee Keeping) giving an introduction and a brief overview on the topic of event cinema (nee ‘alternative content’) – but first a promo from the sponsors Philips LightVibes, which has installed its system in the cinema for extra effect as the walls flash and pulse in time with the action on the screen (see above).

“We feel strongly there should be something for everyone”, Melissa says, “which is why there are no less then six breakout sessions” throughout the day [Note to self: remember to clone myself ahead of the next conference ]. Melissa states that the purpose of today is “to provide a sense of where are as an industry in 2014 and how ECA can help you find your place in it.” Also some good news in that ECA has just this week received funding from Creative Skillset, a UK arts funding body.

Melissa gives a brief overview of what ECA does for its 72 members in 19 countries. She then provides a snapshot of some of the biggest blockbuster hits of event cinema in recent times, including Doctor Who, Billy Elliot and  the 1D (One Direction), the latter of which proves that there is significant potential for music acts in cinemas.

Melissa talks about the activities at trade shows and the launch of the Technical Handbook. She then hand over to Niels Swinkles MD for UPI, whois this year’s keynote speaker.

Niels said he wants to bring a “fresh and personal perspectives” on the event cinema market, particularly in the UK.

He begins by remembering an early Texas Iinstruments & British Telecom trial in the 1990s. “Their expectation was that within five years the whole cinema industry would be digitised.” But then came DCI. “It was only in 2009 that the digital industry became accepted,” Niels notes, driven by 3D.

But in parallel there was “the arrival of alternative content, now better known as event cinema.” Neil then points out that it is really the RETURN of event cinema that we are seeing. In the late 19th century, vadueville was big just as cinema emerged, with which it competed.

Niels points to 2009-2010 was the critical break out year for event cinema. “Opera was the first to show consistency in terms of performance,” Niels notes. Les Mis 25th anniversary was “the first example of significant box office returns from a single show.” There was the success of NT Live and concerts. “Universal decided that we did not want to be sitting on the sidelines, and we became the first movie distributor to actively pursue event cinema.” The Phantom of the Opera was Universal’s first major event and it held the record for biggest single event for almost two years.

“It was 2013 that was the pivotal year for event cinema,” Niels confirms, with opera and classical music like Andre Rieu, but it was stage plays that really came to the forefront with the likes of NT Live, Frankenstein and One Man Two Guvernors. Box office doubled for event cinema in 2013 on the previous year. He highlights new trends that year in the form of museums like British Museum and the success of Doctor Who as the key events of the year, 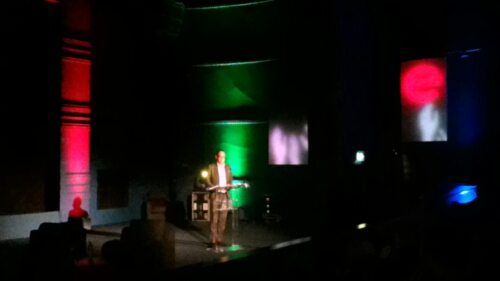 “Stage performances should be enjoyed live,” is one of the ‘accepted truths’ that Niels challenges, saying that audiences clearly feels othewise and that is demonstrated at the box office. “Re-releasing event cinema has become a more currant and bankable practice than re-releasing films.”

He also points out that good weather and simultaneous screening on television are also factors that do NOT diminish the economic viability of an event, pointing to both Doctor Who screenings, Python Live and also the hot weather on the night that Universal’s Phantom of the Opera went out.

Niels observes that with event cinema growing at a record pace and with records broken with Universal’s Billy Elliot that there is still much opportunity to be exploited with music, comedy and sport. “The event cinema model is also being applied to re-releasing films,” he notes, with special one-off screenings and experiential screenings like Secret Cinema. He points to older audiences returning to cinemas for films such as The Grand Budapest Hotel and Philomena as a result of having been enticed back to the big screen by event cinema.

Niels then ends by pointing to the boom and bust in expectations for 3D and how “the important lesson to be learned: quality was disregarded,” noting that audiences are selective. “The increase in supply does not equate an increase in demand. We need to repect the consumer; we need to present it in the highest possible quality.” He calls on cinemas owners to make every visit to a movie theatre an unforgettable experience.

And that’s as good a note as any to end the keynote on.  Applause.