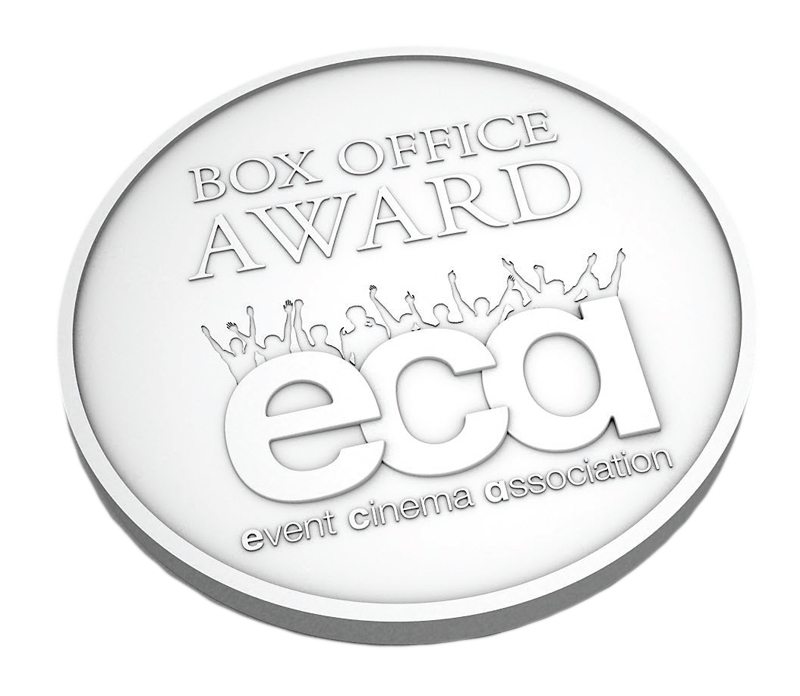 One of the key feature of any cinema-related conference or event is the awards and recognitions of excellence in its field.

So it is too for the Event Cinema Association, which kicked off with its inaugural conference and ECA Awards in London last year, where there was recognition for the likes of  Queen – Hungarian Rhapsody (More2Screen/Eagle Rock, UK), Mariusz Spisz (Multikino Cinema, Poland) and NT Live (Curious Incident of the Dog in the Night-time), amongst others.

This year the field is set to be even bigger, with a wider range of events, candidate and nominees, reflecting the significant growth in the field of what used to be known as alternative content (and is still is in the US). ECA has now announced the nominations (NB: voting open for ECA members only), with details in the press release below.

CelluloidJunkie is an ECA media partner and will be reporting from the conference and the awards. Hope to see many of you reading this there.

AT THE GENESIS CINEMA, LONDON E1

LONDON – The Event Cinema Association (ECA) has announced the nominations for its 2nd Annual ECA Awards. The ceremony will take place at the ECA Conference on October 16 at 17.30 the Genesis Cinema in London E1, and the awards, sponsored by Rentrak, recognize the achievements at the box office that the Event Cinema industry has made over the last 12 months, along with awarding excellence in 2 key areas – programming (aimed at content providers and distribution) and exhibition (for cinemas). A multitude of records have been set, broken and set again repeatedly in an unparalleled year for this sector.

Melissa Cogavin, Managing Director of the ECA, said  “It’s so important in this growing area to give credit where it’s due, and recognize the incredible achievements that are becoming more an more frequent in the event cinema market. The last 12 months has seen some truly extraordinary and groundbreaking progress made at the box office for Event Cinema and the ECA is delighted to do what it can to raise the profile of these achievements and help grow the business so everyone benefits.”

The Award season runs from May 31 – June 1 each year, and nominations this year include the British Museum’s record-breaking Pompeii Live in June 2013, which although having emerged several years previously with its Leonardo Live exhibition and subsequent others by provider Exhibition on Screen (also nominated this year for its Manet exhibition) firmly established the museum and gallery exhibition firmly as a mainstream genre.  Crucially the results proved naysayers wrong as admissions at the museum actually increased further to the release in cinemas; audiences saw the cinema release, then went to the real exhibition itself, thereby viewing it twice. Worries about cannibalization proved groundless after all.

Other nominations include the NT Live’s stunning War Horse, along with the ENO’s critically acclaimed Peter Grimes, Henrik Ibsen’s play Ghosts which the world’s first Dolby Atmos event cinema release, the unique Canonization of the Pope Live in 3D and not forgetting the excellent Monty Python’s (Almost) Live from the o2.

Exhibitors among the nominations include John Travers from Cineworld, Kevin Markwick from the Picture House Uckfield, Carmike Cinemas in the US and Dorothy Smith of art house cinema Zeffirellis in Ambleside, Lake District. Full details of the nominees can be found on the ECA website.

The ECA also awards excellence at the box office for members of the ECA achieving 100k, 250k and 500k admissions at the box office. After such a stellar year this category will be very buoyant indeed.

Lucy Jones, Business Development Director at Rentrak, the ECA Awards sponsor said, “The growth of the Event Cinema industry has escalated very quickly and at Rentrak we are supporting its growth by reporting on it initially in the UK and Ireland, though this is now available throughout Europe.  Rentrak is delighted to do what it can to augment the growth of this industry by partnering with the ECA and recognizing excellence across the board.”

There will be some serious contenders for awards this year with numerous high profile and high achieving releases hitting headlines over the last 12 months. BBC Worldwide’s Dr Who: Day of the Doctor which saw cinemas gross $10m in 3 days worldwide, the Back to the Future Secret Cinema event in London grossed £4m in its 4 week run, the Royal Shakespeare Company’s Richard II made headlines as did Andre Rieu’s 10th Anniversary Concert, Matisse Live, Monty Python and the continuing box office smashes by NT Live. Box office attendance has grown in some particular instances to occupy as much as 25% in some independent cinemas in the UK, ie one in four tickets sold is for an event cinema release, which is an indication of just how powerful this medium can be.

Register now for the ECA conference on October 16 here – tickets are selling fast!

The Event Cinema Association was launched in September 2012. The non-profit organisation, funded entirely by subscription was set up to support and promote the developing market for cinemas looking to offer different types of live and recorded events to audiences such as operas, ballets, theatre, concerts, sport and audience question and answer debates. To date it has 66 members from 19 territories worldwide comprising of distributors, exhibitors, content providers and technical providers.

As a trade association, the ECA provides a united voice for the alternative content industry and works to rebrand live cinema screenings of different kinds of programming as ‘event cinema’ in order to engage other audiences. The ECA also distributes a quarterly trailer reel in European cinemas to promote forthcoming programming, provide a website with useful information for cinemas and event cinema providers, a live schedule of events, training guides, best practice advocacy, as well as holding training and conferences.

For more information about the ECA awards nominees, to obtain tickets and a full line-up of the ECA conference please visit: http://www.eventcinemaassociation.org/

The Event Cinema Association is a non-profit organisation limited by guarantee, overseen by a president and 9 board directors from distribution, exhibition, services and marketing.