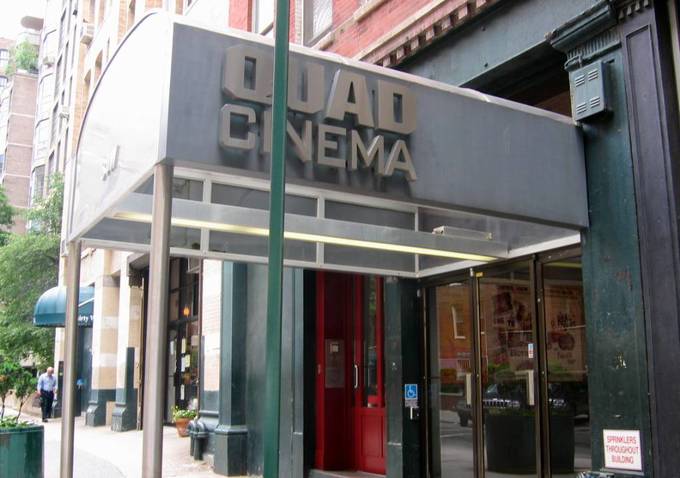 USA (NY) – Manhattan’s arthouse Quad Cinema has been sold and it could frankly not have asked for a better new owner.

At first, news that the revered Quad Cinema in New York’s Greenwich Village had been sold to a real estate magnate caused us alarm. But it turns out that Charles S. Cohen, in addition to being the president and chief executive of Cohen Bros. Realty Corp., is also a major supporter of great film, both as a distributor and as a historian.

Cohen is a film producer and distributor through the Cohen Media Group, which has distributed films such as “Le Chef,” “Chinese Puzzle” and “Farewell, My Queen.” Cohen also runs the Cohen Film Collection, which includes 700 film titles, including classics by Jean-Luc Godard, D. W. Griffith, Alfred Hitchcock and Buster Keaton.  LINK 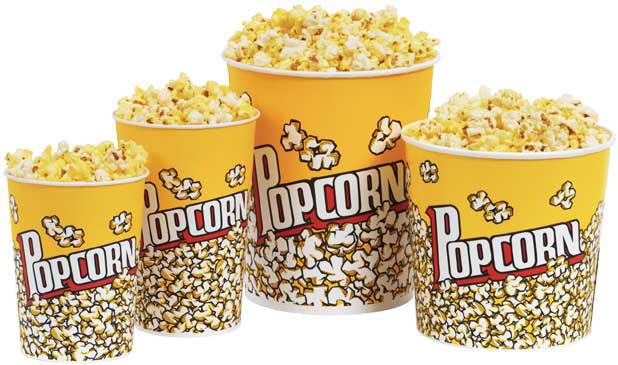 Europe is behind the US when it comes to the sophistication of the popcorn market. Gourmet flavour and so-called healthy-option popcorn apparently represent untapped markets according to a new report.

Global launches of popcorn rose over 8% in the 12 months to the end of June 2014. The large and mature US market was the leading individual country, accounting for over 20% of total introductions. But this was behind Europe, where the large number of countries involved took its share to 36%, according to data recorded by Innova Market Insights.

Meanwhile, gourmet lines, already established in the USA, are starting to make their way across the Atlantic, bringing a whole raft of more complex flavours and moving the sector away from its traditional ‘cinema’ image and a simple sweet or salty flavour choice.  LINK

Finland – Unique Digital will be rolling out its digital delivery system in Finland following a deal with local operator Digital Spider.

MovieTransit™, Unique’s market leading content distribution solution has been fully operational to all cinemas in Norway for over 18 months and the deployment has now extended to cover sites in Sweden, Denmark, the UK, Ireland and Spain.  LINK 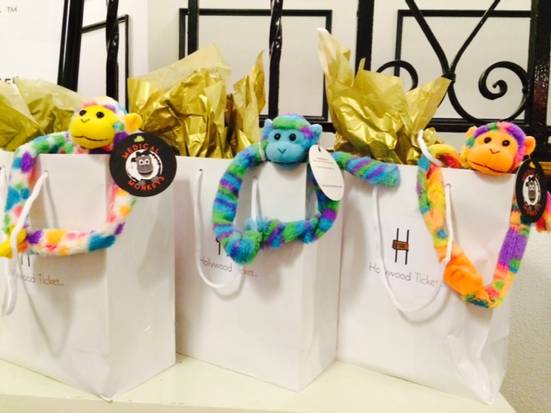 USA (RI) – Here is an interesting alternative to the usual toy thrown in with the popcorn-and-soda combo.

Jane Pickens Theater & Event Space in Newport recently launched The Hollywood Ticket. For $5, movie-goers can upgrade from a regular ticket to one that comes with a swag bag full of products, samples and special offers worth more than $200.

Whitening toothpaste, a book titled “Naughty Paris” and an offer for a discounted psychic reading were included in the bag created for the launch coinciding the screening of Woody Allen’s “Magic in the Moonlight.”  LINK

India – The scandal of the corrupt Rakesh Kumar, Head of the CBFC, continues to reverberate in Bollywood and stories are emerging that nearly makes your head spin. Hopefully lessons will have been taken onboard.

The problem with the appointment of a CEO of CBFC is, that it is done like any other bureaucratic chair without giving a thought that it is not a file pushers job. It is a creative job, which only a person who identifies with, can do it competently. Any IAS officer can’t be placed on the chair to give censor clearance certificates to films. It’s almost like an actor who has performed as a doctor in a film is given a scalpel and told to perform a real life surgery. This man’s past experience was that he was from railways. How did the Govt. of India think that a man who deals with trains would be the right person to give a clearance of films made by the best cinematic brains of this country? And the strangest thing in the whole Rakesh Kumar drama is that Leela Samson, the now chief of CBFC, has risen from her slumber and is making tall proclamations that she was aware of this man’s inefficiency and hand twisting technique keeping herself diplomatically clear away from his corruption charges. If she was so enlightened the why the hell did she allow all this to transpire? She was his boss and she has been made so, for a reason. But the lady chose to shut her eyes to all the wrongs while today she gets up with her “I knew all along” quotes. If you knew then why didn’t you do anything? It’s a mystery that even the concerned person would be unable to solve. LINK

Dolby – Dagmar Dolby seems intent on selling off her entire family stake in Dolby. I’ve lost count how many times I’ve seen these divestment notices now. Does she need the money or is it a massive vote of No Confidence in Dolby? I don’t know.

Dolby Laboratories (NYSE:DLB) major shareholder Dagmar Dolby sold 80,000 shares of the stock in a transaction that occurred on Friday, August 22nd. The stock was sold at an average price of $46.47, for a total transaction of $3,717,600.00. The sale was disclosed in a document filed with the Securities & Exchange Commission, which can be accessed through this link. Major shareholders that own 10% or more of a company’s stock are required to disclose their sales and purchases with the SEC.  LINK 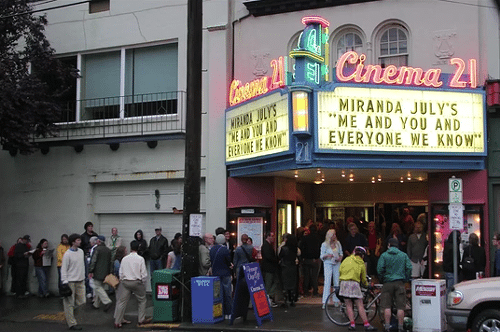 USA (OR) – Not all crowdfunding campaigns by independent cinemas are for digital projectors. Cinema 21 needs the money for new seats.

Hence the Kickstarter. For just the lower part of Cinema 21’s main auditorium—not counting the balcony—Ranieri’s estimating $70,000 will be needed to purchase, ship, and install the theater’s new seats, which he adds will be “a little wider,” rock back and forth, and feature cup holders—in other words, the kind of seats that patrons at most theaters have become accustomed to. “That number is daunting to me,” Ranieri admits, before dropping an even more daunting number—that to renovate the auditorium’s balcony as well, it’d be “well over $100,000.” That’s why, he says, this Kickstarter is only targeted at renovating the original auditorium’s lower section.

As for why Ranieri’s turning to Kickstarter, it comes back to those new auditoriums: Last year’s expansion was expensive, Ranieri says, and after going all-in on the new auditoriums, he and his partners feel it would be “imprudent to increase our depth.”  LINK 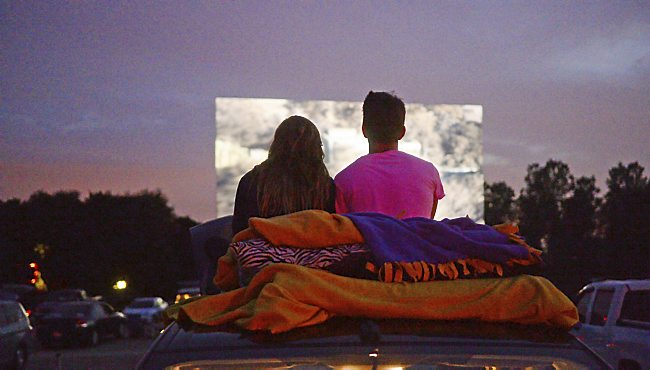 USA (MN) – An article that perfectly encapsulates the magic of drive-in cinemas: ‘Night at the drive-in is more of an event than just movies.’

Brownrigg goes to college in Colorado and will head back there soon. But “when we do get a day off and it’s girl’s night, it’s like, let’s go to the drive-in,” she said.

For one thing, it’s cheaper than dinner and a movie — they split the groceries, spending $20 on food. It’s also a more social experience, Turcios said.

“There’s more of a community feel here,” she said.

They can talk. They can move around. And they can toss around the glow-in-the-dark disc they have in the trunk.  LINK 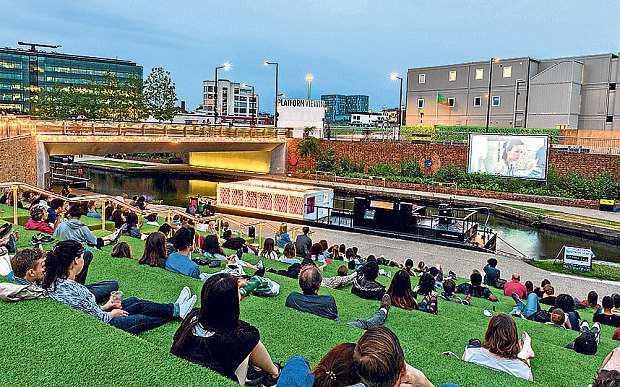 UK – Not so much a drive-in as a float-in, we just love this canal cinema barge. Money well spent by the Arts Council and The Legacy List, the London Olympic park charity.

‘It’s really captured people’s imagination,” enthuse producer Anna Ramsay and curator Laura Harford as they sit on the deck of the Floating Cinema, their 60ft wide-beam canal boat fitted out as a mini-Odeon. “I think it’s because it’s something so unusual, not at all what they expect to see on a canal. They stumble across us, come in and find it magical.”

The purpose-built boat – called Up And A Wave – is spending the summer wending its way, at 4mph, along the network of canals, tunnels and locks that criss-cross Greater London, stopping off en route with its pop-up programme of documentary films, talks, discussions, community forums and workshops, aimed at young and old.

Some take place in the sleek, 24-seat on-board auditorium, others on and around the towpath, with the images beamed from the boat on to a screen.  LINK 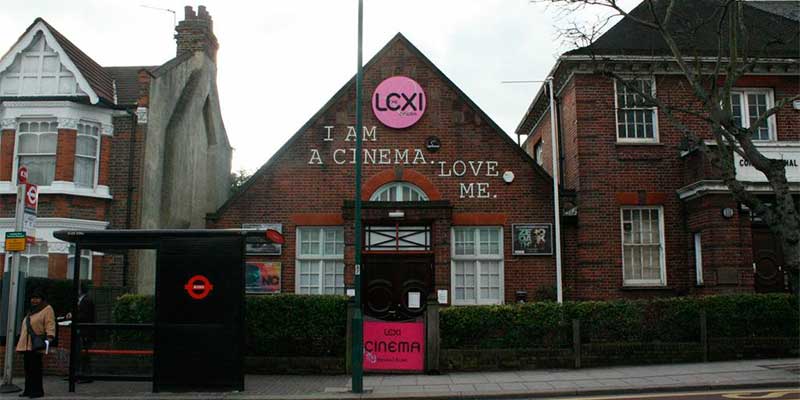 UK – London’s Lexi cinema re-opens after being closed for refurbishment.

After briefly closing for refurbishment, the Lexi Cinema reopens this weekend with a brand new bar, a swanky gallery space and three classic Stanley Kubrick films for very low prices. On Friday night they’re screening ‘The Shining’, on Saturday it’s ‘A Clockwork Orange’, while on Sunday night there’s a chance to catch Kubrick’s divisive swansong back on the big screen.  LINK 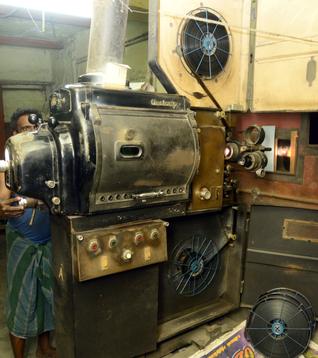 Nobody should be surprised at the mass extinction of projectionists, or “the last link in the filmmaking chain.” This article talks to some of these ‘dinosaurs’ and looks at what is being lost. Sadly the loss of projectionists means that when something goes wrong with the digital sound or picture there is nobody to turn to other than the minimum wage earner in the concessions stand.

All the film projectionists interviewed during Locarno Film Festival 2014 agree that there’s simply too much to do to just sit back and enjoy the show. Since the projectionist’s duty is to guarantee the best image and sound quality throughout the screening, they must be attentive and ready to fix any problems that might arise in lens focus, image cropping and sound volume while at the same time making sure that the projectors are working fine.

“We are always so busy we never get bored, even when the movie is a bad one,” said Raphael, the projectionist at Cinema Rialto, “Even if it sure is a solitary work, we don’t really have time to feel lonely in our booth.”

In general, they would prefer to work without too much attention from filmgoers. “A film projectionist is someone who works for the spectator, allowing him to experience a film in the best quality,” said Jean-Michel. “It is the very nature of this job: if I do my job well and the screening is good, nobody will ever turn his head towards my booth. It is only when the sound is bad, the image out of focus or the shift between projectors goes wrong that people are aware of me. So being ignored by the audience is actually a sort of compliment for me.”  LINK