USA – Carmike has released its quarterly figures and discussed them in a conference call. Overall the company claims to be weathering the downturn pretty well, despite a drop in profits of over 50%, with a strong recent focus on M&As. Here is what S. David Passman III, the company’s President and CEO had to say.

Carmike once again outperformed the overall domestic box office in revenue and attendance during the quarter, which was a challenging period for the U.S. market, due to very strong box office results posted during the second quarter of 2013. Despite the domestic industry decline of almost 7%, Carmike’s admissions revenues actually increased by 7% during the three month period, and our total attendance grew 4%.

On a per screen basis, our box office receipts declined less than 1%. In fact, Carmike’s per screen performance was nearly 600 basis points better than the overall industry. As I have said in the past, while the film slate will vary from quarter-to-quarter, our expanded scale and companywide emphasis on customer service excellence, combined with our growing circuit of high quality theater, remain important factors in our ability to generate favorable operating results over the long term.  LINK

Brazil – Barco is the projector supplier for the recent Doremi/Quanta deal that we wrote about yesterday. Some insights into the market from the press release.

While Brazil is the world’s tenth most important cinema market in admissions, the digitization percentage has been quite low for a long time: only around 38% of the 2,500 screens were digitized by the end of 2013. Recent public policies encouraging exhibitors to digitize their screens, including the VPF program, are taking hold and over 70% of the country’s exhibitors have already joined the program. Many of them rely on the support of system integrator Quanta DGT who, together with global digital cinema leader Arts Alliance Media have VPF agreements with the Hollywood studios to fund the rollout of digital cinema across Latin America.  LINK 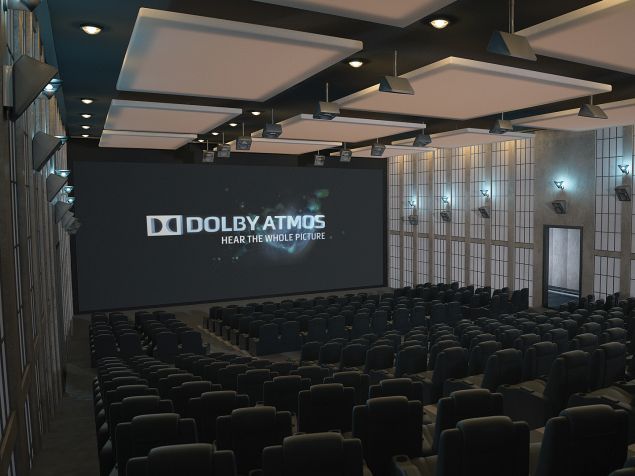 Dev has used Dolby Atmos for regional films with limited budget belying our notion that Dolby Atmos is only meant for big budget movies.

“I am currently working on Singham Returns which is a big budget film but I’ve also worked on two Marathi films, Shutter and Saturday Sunday, which featured Dolby Atmos audio,” says Dev. Since the recording and other filming doesn’t change, the only increased cost is in the pay being given to the sound engineer, and therefore, using Atmos doesn’t really hurt a film’s budget much, he adds.

Sound engineers in Bollywood are paid by the hour and Dev states that it typically takes 30 percent more time to complete a film with Dolby Atmos mix. Correspondingly, the budget for sound production also increases 30 percent. “The rise in budget is minuscule and I don’t really see a reason for producers to object,” says Dev.  LINK 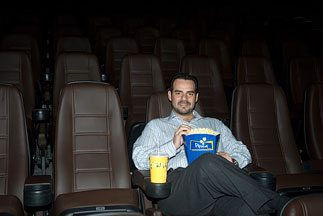 Brazil – Celluloid Junkie won’t be at ShowEast (sorry), but we are happy to report that the Latin American Exhibitor of the Year has been announced.

Eduardo Acuña, CEO of Cinépolis in Brazil, will be honored with the 2014 ShowEast “International Exhibitor of the Year” Award during the event’s International Awards Program on Oct. 27 at the Westin Diplomat Resort and Spa in Hollywood, Florida.

“ShowEast is very pleased to bestow the International Exhibitor of the Year Award to Eduardo Acuña for his remarkable achievements,” stated Andrew Sunshine, co-managing director of the annual convention. “Because of Eduardo’s leadership, Cinépolis has realized tremendous growth in a very short period of time and has been heralded as an exhibition leader in Brazil.”  LINK 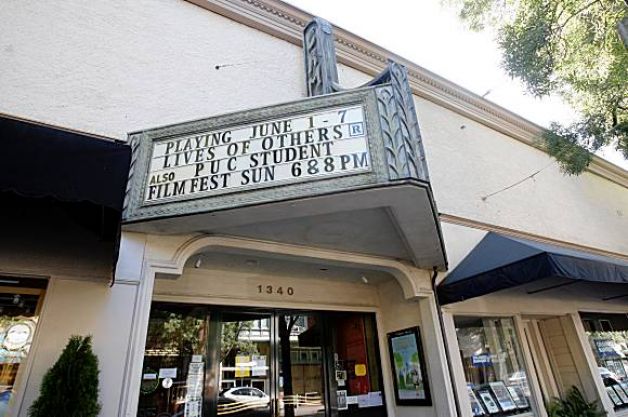 USA (CA) – The worst kind of stealing – from those most needy.

The Cameo Cinema was broken into during the last weekend of July. While thankfully, the thieves didn’t do damage to the theatre, they did damage two nonprofit organizations. They stole both of the donation boxes for the Friends of the Cameo and for We Care Animal Rescue.

While these individuals were only looking for cash, and small items they could grab quickly, they got away with more than that. They took thoughtful donations, which would have gone to support our local community.

While this thoughtless act will cost us money, the generosity of those who donated to us will always be remembered and appreciated. LINK 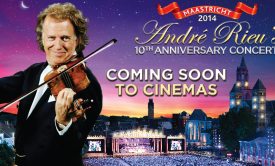 UK – The problem of event cinema and certification/classification raises its ugly head in this repeat of the ‘King of Waltz’, strangely rated 12A.

Workington’s Plaza Cinema wants to show the popular classical violinist and composer’s Maastrict Concert, which he performed live at The Netherlands last month.

But because the rating granted by the British Board of Film Classification (BBFC) expired two weeks ago, it’s down to Allerdale’s Licensing Committee to award a new one.

At Wednesday’s meeting committee members will watch a DVD of the King of Waltz, before making their decision. They can agree to grant one of five ratings between Universal or age 18.  LINK 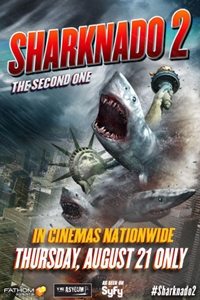 USA – Quentin Tarantino famously complained in Cannes that digital cinema is “nothing more than television on the big screen.” But probably even he couldn’t have guessed how true he would be until the arrival of Sharknado 2: the Second One – the ultimate made-for-television B-movie sequel – appears on the big screen. As it now will.

If you missed the initial airing of Sharknado 2: The Second One and have no plans to catch one of its many inevitable re-runs, you can double down by swinging by your local cinema to catch it on the big screen later this month. The hit SyFy sequel, starring Ian Ziering and Tara Reid, will arrive in theaters for one night only on Aug. 21 (8 p.m. local time).

The social media-buffered TV movie earned 3.9 million viewers for its initial airing on July 30, more than doubling the 1.4 million that the original Sharknado film drew. The in-theater version of the film will be presented by Fathom Events, better known as the company whose pre-movie advertisements you hope would end sooner so you can get to the actual trailers.  LINK 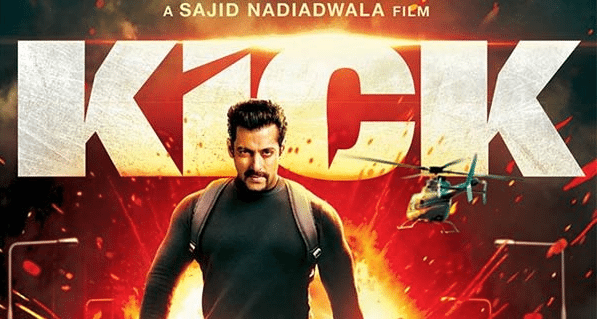 Pakistan – A tug-of-war over cinema censorship responsibility in Pakistan as powers devolved to the regions appears to be reclaimed by the centre, on the grounds that provinces are part of the federation. Read the article and see if you can make more sense of it than I can. I suspect that at heart it is about the popularity of Bollywood films in Pakistan, such as the above Kick, that is a run-away BO success on both sides of the Indo-Pakistani border.

The ministry of defence has directed the owners of cinemas situated in cantonment areas to get the censorship certificate from Central Board of Film Censor (CBFC) instead of provincial censorship boards for exhibition of films.

The decision was taken because the issue of censorship was devolved to the provinces after the enactment of the 18th amendment and the cinemas situated in cantonment areas took censorship certificates from provincial film censor boards, The Nation learnt on Saturday. The ministry of information raised the issue with the defence ministry and convinced the latter that cantonment boards fall under the jurisdiction of the federal government and, therefore, the cinemas situated in these areas should be directed to get censorship certificates from the CBFC. LINK 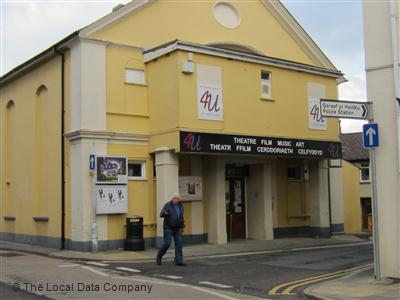 UK (Wales) – A cinema built as a temperance hall in 1878 but run as a cinema for the last 90 years has entered the 21st century.

A theatre in Wales can show digital films for the first time after installing a new projector.

Theatr Gwaun, which is located in Fishguard, used grants from the Welsh government, as well as Arts Council of Wales and the National Lottery, to buy the technology.

The theatre had previously stopped showing films as they were no longer being made available on 35mm reels, reports the Western Telegraph.  LINK 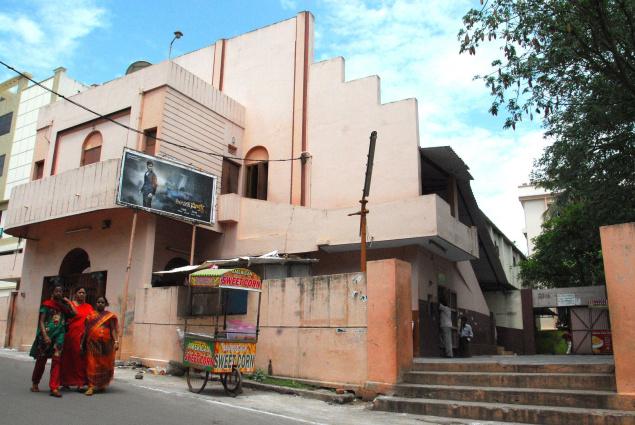 India – This old Indian single-screen is also embracing e-cinema, as have thousands of others, to stay in business.

The 76-year-old Jayaram theatre equipped with the latest satellite-based digital cinema system cinema hall is leaving no stone unturned to stay afloat in the show business at any cost, says its lease-holder E. Gurnatha Rao

Even as many cinema halls make way to commercial complexes or apartments, Jayaram theatre, the oldest one in the city is still continuing in the entertainment business coping with the change that is inevitable.

Equipped with the latest satellite-based digital cinema system, the 76-year-old cinema hall is leaving no stone unturned to stay afloat in the show business at any cost, says its lease-holder E. Gurnatha Rao who has run it for the last 18 years.  LINK 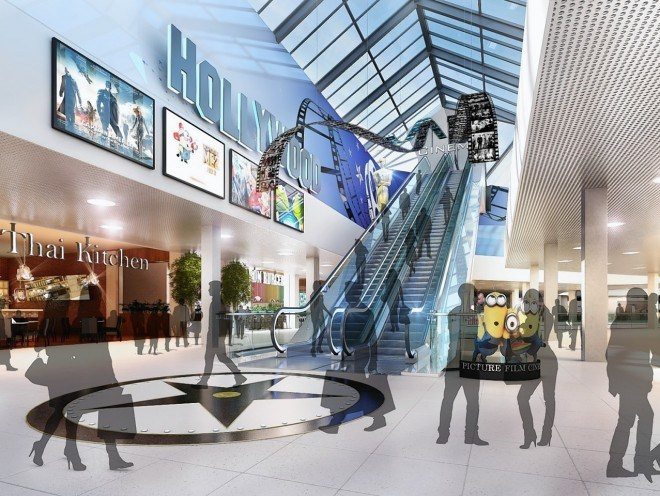 UK (Scotland) – Expansion plans in one of Aberdeen’s shopping malls could pave the way for a luxury cinemas.

A multimillion-pound plan to revitalise and expand two of Aberdeen’s biggest shopping centres has been revealed.

The ambitious blueprint for the Bon Accord & St Nicholas centre – which includes installing an 800-seat luxury cinema and attracting seven new restaurants – will be lodged with planning chiefs today.

If approved, the project could create up to 300 jobs and bring “substantial economic benefits” to the north-east economy.  LINK 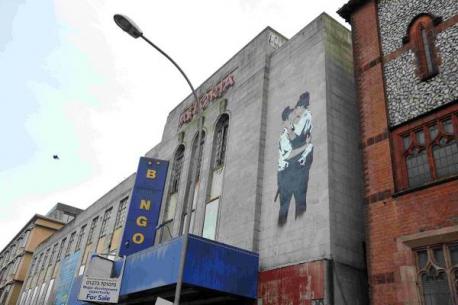 UK – Another cinema-turned-bingo-hall set to bite the dust and make way for office/retail.

THE redevelopment of a historic cinema site looks set to get underway after more than two years’ intermission.

Brighton and Hove City councillors are being encouraged to grant plans for the demolition of the Grade II listed Astoria and transformation into a six-storey office, restaurant and residential block.

Initial consent for the renovation of the site in Gloucester Place, Brighton, was granted in 2012 but since then owner Mike Holland has been back to the drawing board to create office space that more closely meets market demand.  LINK

Leigh Singer’s video essays are always insightful, but his latest—an entertaining supercut of some of cinema’s most famous slow motion scenes—is particularly epic. The compilation features 113 films that range from 1938’s Olympia to 2014’s Amazing Spider-Man 2.

Beyond the quality of the clips themselves, the video draws a nice thematic through-line by grouping specific and popular uses of slo-mo: close-ups, big entrances, dancing, and people crashing through glass windows are all featured heavily. LINK