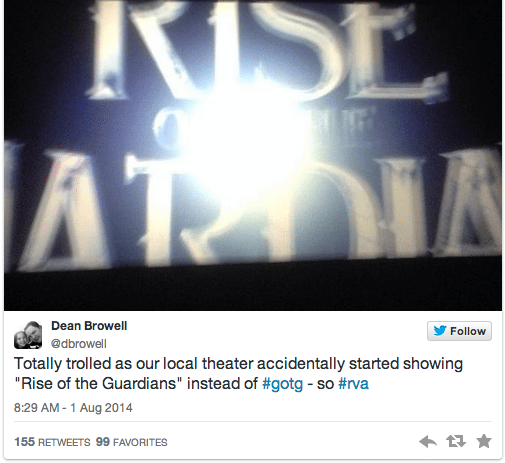 Guardian of the Galaxy earned around USD $94 million in the US alone this weekend. But thanks to the wonders of digital (cinema) technology, one set of cinema goers were in for a big surprise when the Regal cinema started projecting a different Guardian film.

omg they started playing rise of the guardians instead of guardians of the galaxy EVERYONE IN THE THEATRE IS CRYING http://t.co/BOhaCboVsH—
maddie (@thestorysofxr) August 01, 2014

THE BLACK GUY INFRONT OF US WAS LIKE “DO I GET MY POPCORN MONEY BACK TOO” TO THE LADY FUCKCICXJ—
maddie (@thestorysofxr) August 01, 2014  LINK

CinemaBlend has a possible explanation for how this mix-up might have happened:

In the time since this story has gone viral, many projectionists and theater works have spoken up. Apparently, Rise Of The Guardians has been shown recently as part of some children’s matinee clubs. More than likely, someone labeled the digital file in the hard drive as “Guardians”. Then, whoever was cueing up the movie saw Guardians already listed and never bothered uploading the right movie into the system. As a result, when there became a clear problem, there wasn’t an easy solution to fix it, especially since the other midnight screenings were likely full.  LINK

There is an important lesson here about Dcinema naming conventions and no doubt this anecdote will make the rounds at the next ISDCF meeting. 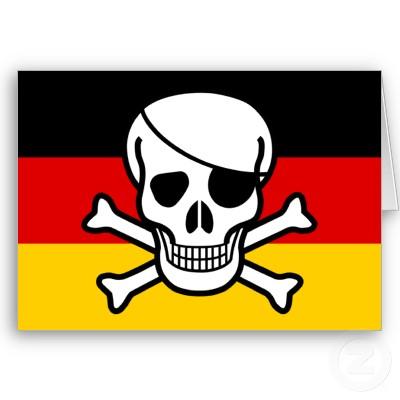 Germany – Camcording piracy is down significantly in German cinemas, with interesting examples of pirates caught in the act trying to tape Despicable Me 2 and Wolverine mentioned in the article.

Especially watchful cinema employees – it is thanks to them that the number of illegal camcordings of films in German cinemas has declined significantly since July 2012 . The Society for the prosecution of copyright infringement (GVU) emphasizes this in a press release…

Also in the scene it around this and so the GVU recorded from 24 July 2013 until the end of the year only six current movie titles that ended up as filmed pirated on the Internet; July 2012 to December 2012 the total was 21. Only six illegal camcordings took place after GVU data in Germany in the first half of 2014; in the first six months of 2013 the figure was 13. The number of illegal camcordings in German cinemas declined overall in the year since July 2012 from 34 to twelve back.  LINK 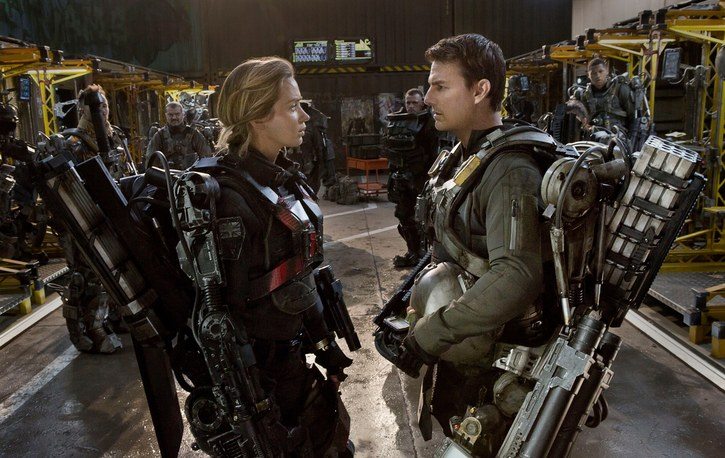 USA – Is the problem with this summer’s box office in North America not so much one of decline as lack of perspective? Forbes argues so persuasively in an article that dissects this summer’s BO week by week (pre-Guardians) at an almost OCD level, before looking ahead.

And despite conventional wisdom, next summer may be a little light too, as (aside from Avengers 2) the would-be summer 2015 champions (Star Wars Episode VII, Batman v Superman: Dawn of Justice… oh god, that title) have moved outside of the summer 2015 season. If summer 2016 combusts, then we can panic. Maybe the oddly crowded August (Guardians of the Galaxy, Get On Up, Teenage Mutant Ninja Turtles, Sin City 2, Expendables III, etc.) will see a last-minute bump in cumulative box office and make up some of the lost ground. July still feels small absent Fast & Furious 7. But as long as the individual films perform on levels acceptable to those producing and distributing them, then the cumulative box office is a mostly meaningless stat.

Now there are indeed films that didn’t measure up individually, and that’s a conversation worth having when summer ends. But this summer is down from 2013 mostly because summer 2013 was a record year and you can’t break records every single time at bat. Moreover, the obsession with cumulative box office is the kind of thinking that produces a weekly release slate of nothing but Transformers and Despicable Me films week-in and week-out. The price we pay for a varied and diverse theatrical line-up, even in the heart of summer, is that sometimes the likes of Jersey Boys don’t quite gross as much as the likes of World War Z. As someone who would prefer a few more films like The Fault in Our Stars alongside Godzilla, it seems like a fair trade.  LINK 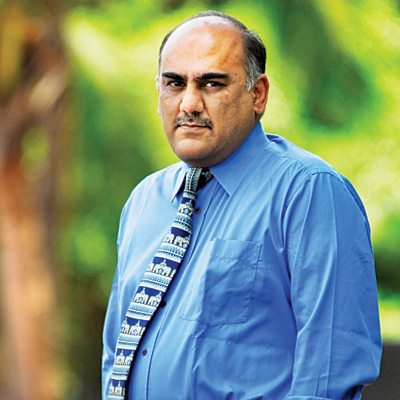 How are you going to integrate Satyam with INOX?
Over the next few months, we will evaluate the full benefits of integration and consolidation, to drive competitive advantage across the value chain, and consider our strategic options, including a merger of Satyam with INOX, in accordance with regulatory guidelines.  LINK

Vietnam – A look at how South Korean cinema companies are making inroads in Vietnam. They also have a major presence in Indonesia and are thus sailing up as a significant regional player.

Korean group Lotte Cinema was one step ahead of their fellow competitor CJ CGV Group in penetrating Vietnamese media.

The group now owns 12 hi-end cinema multiplexes in Hanoi, Ho Chi Minh City and several other provinces, and plans to increase the number to 70 in the next five years…

CJ CGV, the largest multiplex cinema chain in South Korea which also has branches in China and the United States, caused quite a stir when it purchased Megastar, the country’s largest multiplex, in an over US$70 million transfer in 2011.  LINK

Brazil – Doremi has another customer in Brazil through the usual VPF partner.

GNC Cinemas confirmed today that it will leverage the outstanding feature set, support, and reliability of Doremi servers for 31 new digital units being installed in its locations across Southern Brazil. The install base will include both IMB/ShowVault and IMS1000 servers setup through Quanta DGT | AAM VPF signature. With over 20 years in the market, GNC has proven itself to be one of the most innovative exhibitors in the region. This step forward is an investment in bringing the best cinema experience to the Rio Grande do Sul and Santa Catarina markets.  LINK 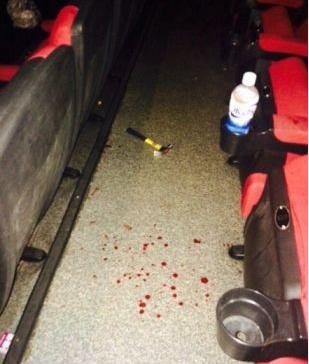 China – Violent incidents in cinemas, whether shootings in Florida or hooliganism in Copenhagen, are a sad fact of life. But this hammer attack by a pregnant (!) woman in China seems particularly strange.

Last night (the 1st), there are users on the microblogging said Jia Ying International Studios in the process of watching a movie, a pregnant woman in the audience suddenly attacked and wounded a man, then taken away by police. Yesterday, the reporter interviewed on the matter were verified.

According microblogging publisher, said the incident Studios is located in Heping District Binjiang Avenue, at about the time the night before eight. At that time the movie “Girlfriends” show for some time, a woman suddenly stood up, someone with something to meditate in front of her. “It was dark cinema, not clear, there are girls in the front row to hear screaming, shouting to the police later auditorium lights turned on, only to find that beating was a pregnant woman. Was beaten male full face of blood. “This netizen told reporters that she was sitting on the 5th Hall Studios 8 rows, the injured man and his two rows apart, sitting five rows of position.  LINK 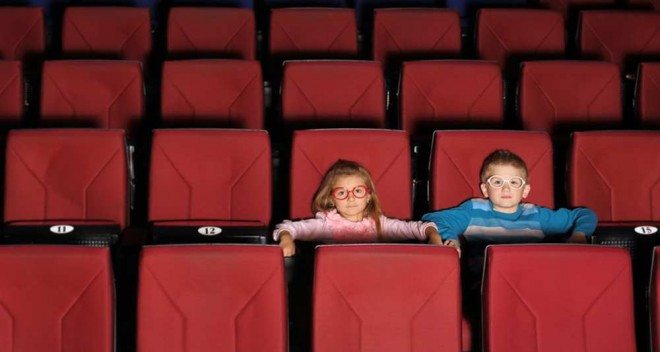 Kids – Taking young children to a cinema screening? This handy guide with some sensible advice should help make it a pleasant experience – including for others in the cinema without children.

Take their age into consideration
Young children have short attention spans and normally cannot sit through a prolonged period of time until the age of three. If they are younger than this you might find yourself needing to take them out several times during the film.

Don’t clash your screening with nap times or meal times
If your child has a regular routine for their naps and meals, avoid booking a film which clashes with these times if possible. Hunger and tiredness can mean that they end up too cranky to concentrate on the film, resulting in misery for them and for you.  LINK 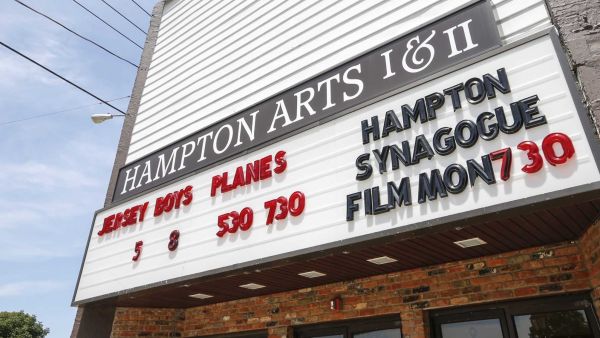 USA (NY) – Time is running out for this Long Island cinema, which has launched a last-ditch Kickstarter campaign. Sadly I am unable to embed the video.

The two-screen Westhampton Beach theater doesn’t have the money necessary to pay for the movie industry’s mandated upgrade from film, and it has turned to crowdfunding site Kickstarter.com to raise the $125,000 needed to purchase two digital projectors. As of Friday, it had raised $11,732, or 9 percent, of its goal; it faces an Aug. 30 Kickstarter deadline.

“This is the eleventh hour,” said general manager Tim Walkman. “We just don’t have the funds needed to replace all this equipment.”  LINK 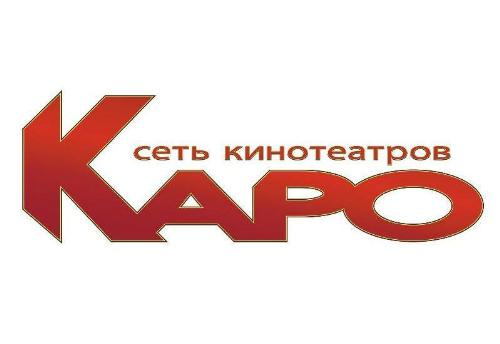 KARO, one of Russia’s leading and fastest-growing cinema chains, launched its highly-anticipated, 22-screen, state-of-the-art, next-generation megaplex in Moscow’sVEGAS Crocus City shopping mall. The largest and the most advanced movie theatre in Russia, KARO Vegas 22, will hold a grand opening ceremony with world-famous film makers and stars in September.

KARO Vegas 22 is part of the cinema chain’s large-scale $150m investment program to modernize existing cinemas and build new movie theatres in Russia over 2014 and 2015; this is one of the most significant investments in the Russian film industry to date.  LINK 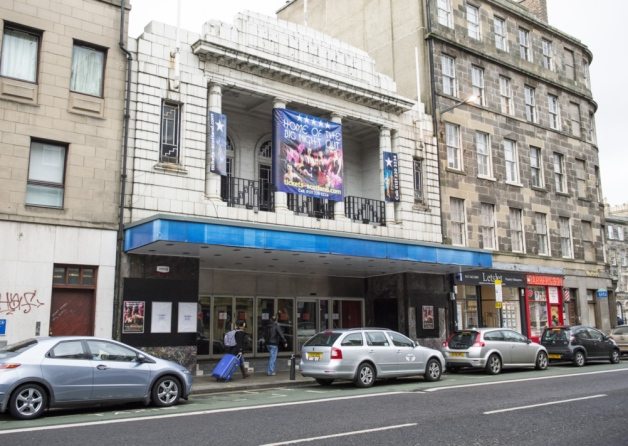 UK (Scotland) – A last-minute effort is underway to prevent the partial demolition of the former Odeon cinema on Clerk Street in Edinburgh.

The move follows planning permission being granted to develop student flats to the rear of the derelict building.

However, campaigners say that the permission was based on the front of the building being kept for entertainment purposes and, after the failure of the short-lived venue run by Susan Boyle’s brother Gerry, there are now new fears for the future of the whole site.  LINK 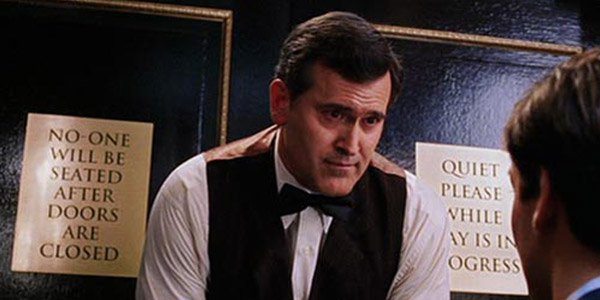 Whatculture has a Top 10 listicle of ’10 Reasons The Cinema Is Now The Worst Place To Watch Movies.’ Some valid points, so ignore reading it at your own peril. Particularly the last one (#1), though #4 is one I also feel strongly about.

6. Simply Going To The Cinema Is Becoming A Logistical Nightmare

Most employed people work 9-5. Taking into account commuting and eating, how many showings do you think it’s possible for a regular worker to make on weeknight? At best one.

Rather than increasing the number of film times as the majority of the population becomes free, cinemas if anything reign back evening showings for no discernible reason. They’re obviously limited by the number of screens and the length of film, but it strikes as a rather self-gratifying move, allowing staff to go home a bit earlier.