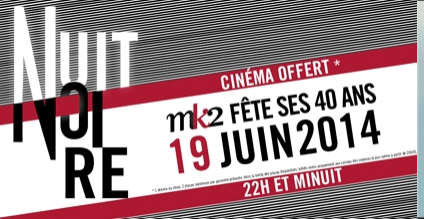 Paris-based exhibitor and distributor MK2 has bought Spain’s third largest exhibitor Cinesur in a deal valued at around €10.5 million. MK2, which this month celebrates its 40th anniversary, is based only in France’s capital where it controls 11 multiplexes with 65 screens, as well as four high-end theatres.

The deal has surprised industry watchers, as there are few obvious synergies between the two chains. MK2 has already announced that it will be closing two Cinesur cinemas in the province of Malaga with a total of 16 screens going dark

Cinesur was established in 1932 by the Sanchez-Ramade family and is focused on the southern part of Spain around Andalucia in cities such as Seville, Cordoba, Malaga and Toledo. The exhibitor was put up for sale in 2011 when the other parts of the Sanchez-Ramade business empire (primarily construction) took a hit.

It was supposed to be bought by UK’s Cineworld, which instead pulled out at the 11th hour and ended up merging with Israeli/Central European chain Cinema City instead. Cinesur has nine cinemas, with a total of 120 screens and 22,000 seats, part of the deal.

According to the then press release, Cineworld was set to pay €18.6 million for the business. Though no price has been announced this time, it is thought that Mk2 paid around €10.5 million, which would imply a near halving of the price and perhaps the primary driver for the deal. The holding company of Cinesur was also in bankruptcy, making the deal faster and cheaper. As Diario Sur put it, the chain was “going through a serious crisis that forced it to hang the ‘For Sale’ sign on their cinemas. ” With both similarly-sized circuits having limited geographical spread and different languages, it is difficult to see what if any immediate synergies the deal offers. 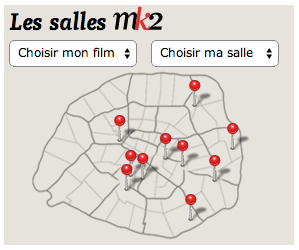 MK2 was founded by the legendary French producer/distributor Marin Karmitz, with his son Nathanael Karmitz taking over the business in 2005. In 2012 the company suffered from four costly box office failures (including “On the Road”, by Walter Salles, and “Like Someone in Love”, by Abbas Kiarostami) and switched focus to its cinema and catalogue of around 500 titles. At this year’s Cannes Film Festival, though, the company was once again ubiquitous, handling distribution of the award-winning “Mommy” by Xavier Dolan.

The main hope for MK2 is that Spain will pull out of the crippling recession that has devastated the country’s economy and caused mass youth unemployment. The question was put directly to Karmitz in the Le Figaro interview:

Spaniards are deserting cinemas. Does that not scare you?

I believe in the economic recovery of Spain. Since the beginning of the year, the Spaniards have returned en masse to the movies with the comedy Welcome to the Sticks : Ocho Apellidos Vascos . Fortunately, because the market is bloodless. In the early 1980s, developers built shopping malls with a vengeance and everywhere they are implementing cinemas. They built rooms regardless of the population. As there are too many, the curve attendance is inversely proportional to the number of cinemas! The coup de grace was delivered two years ago, when the government tripled the tax on tickets cinema, from 9% to 21%. The consequences were catastrophic. The market fell 30%. More willing to give the public going to the movies, I’ll export our concepts program films in VO [version original – i.e. film shown in the original language and subtitled], start sessions MK2 philosophy, workshops, children’s events in gorgeous places like the Drive-in at the Grand Palais. Of course, I will take into account local habits: in Spain, the first session is at 15:00 o’clock (against 9:00 o’clock in France) and those midnight shows are often full.

But it is hard to see how Cinesur will have more success by switching from screening Spanish-dubbed versions of “Maleficent” to English-language versions. What helped drive the deal was the investment of 15 million euro early this year by a venture capital fund, with an aim of expanding MK2 outside of its Paris base into the rest of France.

Yet in-organic growth is difficult and there are fewer merger opportunities than in the US, with less obvious partners or acquisition targets.

Picking off individual local cinemas involves too much effort and there were no obvious candidate exhibitors in Germany or UK (Apollo would have been a good match, but Vue got to it first), while Italy is best steered clear off. This price was right and cheaper than what Cineworld was looking to pay, so Cinesur might thus have been the least bad option for a relatively small operator in France looking to grow fast.