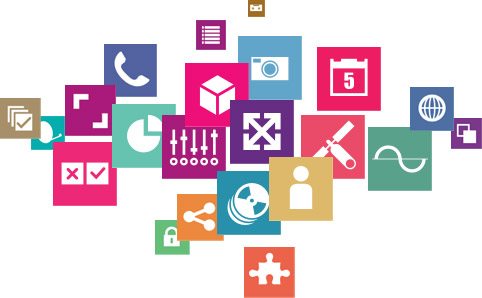 Last week the digital cinema market continued its predicted consolidation when Arts Alliance Media (AAM), the London based cinema integrator and software developer, sold off its content services business to Motion Picture Solutions (MPS). Founded by managing director Ian Thomas and also based in London, MPS has been building a reputation over the last eight years as one of the leading providers of content services in Europe, competing directly with AAM.

At first glance this looks to be a situation where one company surrenders to a much stronger competitor in the same space, though as the Chief Executive Officer of AAM, Howard Kiedaisch, points out (see below) it’s actually a bit more nuanced and strategic than that.

The news shouldn’t exactly come as a surprise to professionals working in the motion picture exhibition or distribution industries. Over the past few years AAM has been making its name by financing digital cinema rollouts through virtual print fees, developing digital cinema software and distributing alternative content. While AAM also offered content services such as DCP mastering, KDM generation and content distribution, MPS actually focused on such solutions more heavily and has thus become widely known as a reliable provider of digital mastering and distribution services.

You might be asking why AAM would want to exit a business that was, if not an overwhelming profit generator, at least earned revenue. The answer is quite simple; content services and delivery is a very tough and competitive business. Just ask Cinedigm. Oh that’s right, you can’t since the company which was once a market pioneer in the satellite delivery of content to cinemas sold that side of its business to Technicolor back in 2011. No worries, you can always as Arqiva, Deluxe, DSAT, Microspace or Technicolor just how difficult content services can be.

And that’s just it; these days it seems anyone with encoding software and a Mac Pro hangs up a shingle as a content services provider, the market has become over saturated with such entities. Not all of these dozens upon dozens of companies are created equal either. The renown writer and professor Tim Wu refers to this sequence of innovation and openness, fragmentation and gradual commoditization as “The Cycle” in his 2010 book “The Master Switch: The Rise and Fall of Information Empires

“. Adding to this is that most large content owners (read: Hollywood studios or major distributors) sign long-term contracts with specific providers to obtain larger discounts. If you miss landing a contract with one such content owner, it could be five years before you’ll have the opportunity to put in another bid.

These were the thoughts that ran through my mind as I read the press release announcing AAM’s decision to sell its content services business to MPS. Always curious as to whether my strategic thinking is accurate, I emailed Kiedaisch and asked him if he could elaborate on the decision making process which led to the sale. He responded immediately, via Blackberry late on a Friday:

AAM chose to do this deal for a few reasons. I have been in discussions with Ian Thomas at MPS for a number of years to determine how we could work more closely together. He’s actually our next door neighbor so its been an easy dialogue to have.

We see a lot of players vying for position in Europe in terms of content processing and delivery and we both believed we’d be stronger by combining forces rather than competing. Clearly there are large players out there but we both see room for a nimble, independent operator. Though I made many overtures to buy Ian’s business, he never wanted to sell so we decided to flip the approach and he became the buyer.

This deal is not just about the sale of the business but also involves a long term cooperation agreement where we look at ways of improving our respective offerings to the exhibitor and distributor communities. On the AAM side, selling this division allows us to be much more focused and streamlined. We have many opportunities before us and we want to ensure we are able to capitalize on all of it.

Let me translate from the proper English; if you can’t buy ’em, then sell to ’em. Especially if you can build a moderate sized entity that can differentiate itself from larger entrenched players or a group of ever-fragmenting fly-by-night providers. The acquisition means that AAM and MPS will now integrate each of their technologies into a stronger and more versatile service offering for cinemas, thus making the whole greater than the sum of its parts (to use the old cliché).

Kiedaisch also highlighted another bonus, at least for staff in AAM’s content services division; they’ll be reporting to MPS by June 1st of this year, but will maintain their existing commute since the two companies are neighbors.