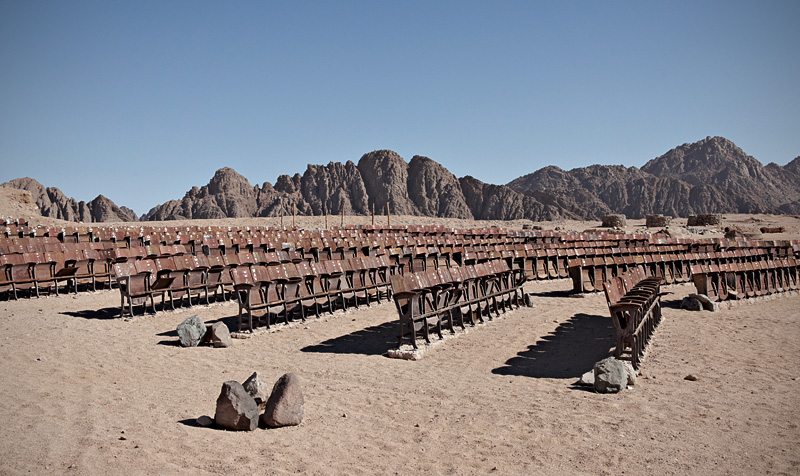 We don’t normally start with a Finally-type of story, but this one is just too amazing to leave to the end. A cinema built and abandoned in the Sinai desert, with a story that is worthy of a film by Werner Herzog or a scene from Lost.

This extraordinary outdoor cinema was captured by Kaupo Kikkas, an award-winning Estonian photographer who explains the story as he heard it. After running it through Google translate from his Estonian website, this is what I gathered from his account of what happened to the abandoned cinema of the Sinai… Firstly, it hasn’t been around that long. Kaupo says it was installed “somewhere in the beginning of this millennium”. And it wasn’t built by Egyptians but rather one crazy Frenchman. As the story goes, this unnamed Frenchman, who likes to smoke a lot of cannabis (and presumably has a bit of money to throw around), was hanging out in the Sinai desert one day with his friends and decided that the one thing the place was missing was … a movie theatre! (Duh).

Be sure to click the LINK to Messy Nessy Chic to see all the photos and read the entire remarkable story.

UK (N. Ireland): East Belfast’s Strand Cinema will be transformed into an arts centre with the help of a £40,000 loan from Ulster Community Investment Trust (UCIT). But what on earth is Chief Executive in right of the picture holding?

The famous art deco building – which incorporated shipyard influences from the nearby Harland & Wolff, including porthole windows and lighting – first opened its doors as a cinema in 1935. Due to a lack of modern projectors, the cinema had not been able to show the newest movies but has now received new projectors, marking the start of a wider refurbishment project combining new technology with the traditional fabric of the building.  LINK

USA: An art-centre in Miami has also upgraded to 2K and surround sound thanks to a grant.

Three years ago, an independent theater called O Cinema opened in the Wynwood Arts District with the hope of bringing independent and foreign films to Miami’s urban core. This year, the theater celebrates its surprising success with new programming and upgrades that will give it a greater sense of permanence in the community. Co-founders Kareem Tabsch and Vivian Marthell had the idea to create what is now O Cinema back in 2008. Thanks in large part to a $400,0000 grant by the Knight Foundation through the Knight Arts Challenge program, they were able to execute their ambitious plans to build an independent theater in Wynwood, but the project was not without difficulties. LINK 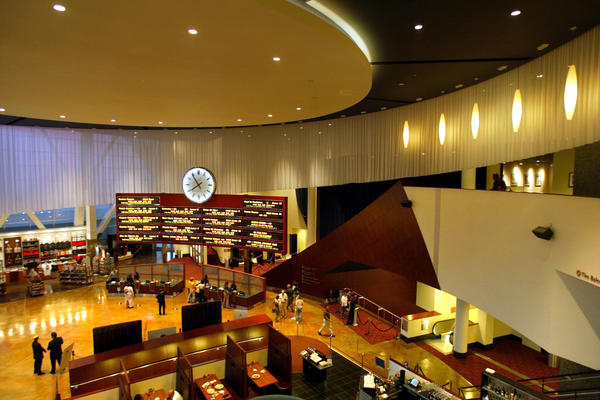 USA: ArcLight Cinema has announced that it will start developing original content for the big screen and the small one (i.e. online).

The L.A.-based luxury cinema chain will co-produce footage of red carpet premieres, press junkets and other behind-the-scenes interviews with people in the industry and feature these clips on its website and in theaters before movie showings. The cinema will also promote the footage on its Twitter account. In February, ArcLight partnered with production company Mid-Century Media, started by former CNN entertainment correspondent JD Cargill, to begin developing the content.  LINK

We expect company to add 65 screens every year to reach screen size of 560 by FY16E. We believe that there will be an uptrend in the average ticket prices on the back of rising disposable income and strong base of young audiences. The increasing foray of foreign studios in Indian Film Industry, including Fox Star, Endemol, Virgin India, Sony, Viacom 18 and Warner Bros provides more capital access and enables better availability of film content. PVR is better placed to leverage on the multiplex revolution in India, given its strong positioning as formidable entertainment brand.  LINK

India: Meanwhile PVR is engaged in a ticket price war in the Delhi region.

The movie business in Delhi-NCR is seeing two big players fight it out over cheap tickets. DT Cinemas, which offers low ticket prices thrice a week, was apparently asked on Thursday to stop the practice by PVR, which has a bigger share in the market. Sources also claim that after DT Cinemas refused to comply, PVR is putting pressure on it to increase ticket rates via the distributor route, which lead to a standoff where neither chain opened the advance bookings for Gulaab Gang and Queen did not release in DT Cinemas.  LINK 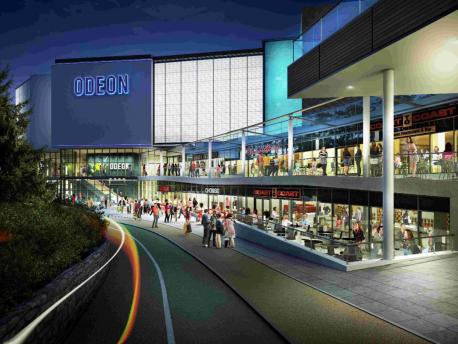 UK: Odeon has submitted a proposal for a multiplex that might never be built:

Odeon has agreed to be the anchor tenant in the West Central development and has requested a licence for a proposed new multiplex cinema. But the former bus station site at Exeter Road is at the centre of a bitter land wrangle between owners NCP and Bournemouth council, which could jeopardise the scheme. NCP and partners Licet have planning permission and private sector funding for the £50m cinema and restaurant complex but Bournemouth council is trying to obtain a compulsory purchase order for the site so it can build a bus hub there.  LINK

UK: The operator of the new cinema complex in Bolton has been revealed: Reel Cinema.

Bosses at Crompton Place are in negotiations with Reel Cinema as part of plans for a multi-screen development. Manager Malcolm Angus revealed the national chain, Reel, which has complexes in 15 other towns and cities across England and Wales, as its prospective operating partner yesterday. The identity of the company was announced as plans submitted to Bolton Council for a new 1,300-seat cinema and a complex of restaurants await approval.  LINK

India: Inox is expanding in The-Town-Formerly-Known-As-Calcutta:

USA: A Dallas-based writer and opera lover wonders whether she will like her first ever exposure to opera on the big screen. My run-in with opera and technology happened when I attended Rusalka by Dvorák via the Met’s HD broadcast at AMC in NorthPark. As I sat in the theater, I asked myself, “Does this big-screen production feel like opera?” It’s a new flavor, for sure. As a native Minnesotan, I’m fond of rhubarb. No matter how it’s prepared, I like it. The same is true of opera. Whether it’s on TV, my phone, in a concert hall, or the opera house, I’m good to go as long as it tastes like opera. But would a cinema experience of opera leave a sour taste in my mouth? The story has a happy ending fortunately.

Did the cinema dish it out? You bet your opera glasses it did. After adjusting to close-ups of a 50-foot tall Renée, I soaked in the sounds. The sound system did the music justice. Before I knew it, three acts, two intermissions and four hours had flown by like a fairy on the wing… As the cameras zoomed in, I could almost admire Renée’s dental work. I loved it. I watched her every breath, how she shaped her vowels and wrenched her wavy blond hair out of the branches while gliding her voice through the Russian phrases. That language’s consonants frightened me to death as a rookie chorus singer.  LINK

(Reminds me of a trip to the multiplex when I visited a friend in upstate New York in the early 90s and we went to see 12 Monkeys. When I asked her afterwards what she thought of the film she replied, “Bruce Willis had good teeth.” She was right.) Hipster Alert 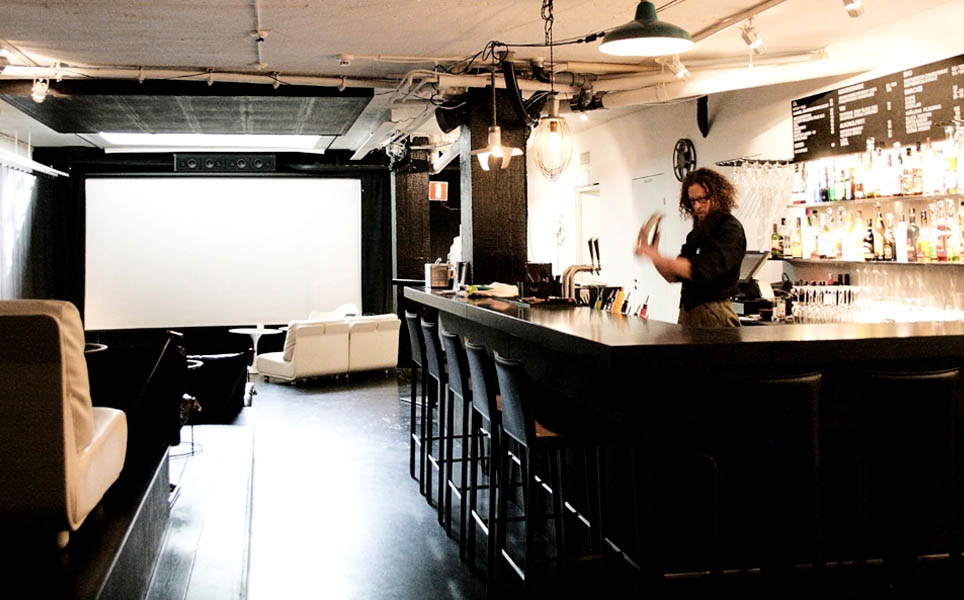 Want to drink an organic flat white and watch Bechdel test-approved films in the company of Swedes with long beards and short skinny trousers? Then only Bio Rio’s Barbro in Stockholm will do.

The name of this place is a play on words – Barbro being a Swedish first name common among women born in the 1940?s (!) but also a combination of the words bar and “bro” (meaning bridge). This modern industrial style restaurant in the hipster area of Hornstull isn’t a place you would pass by and find by accident since it’s located in a secluded place next to the pier of a bridge. But once you find it’s a true treasure… Downstairs from the restaurant you’ll find a bar that also serves as a living room style movie theatre a few nights a week. The local cinema Bio Rio that is located in the same neighbourhood uses Barbro’s basements as one of its theatres. Book your ticket through biorio.se and make sure to be in time to get the best seats in the bar choosing from a beanbag, a sofa or comfy armchairs.  LINK 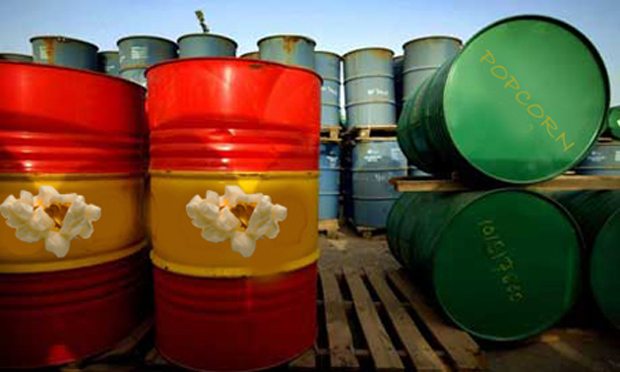 The ‘specialised popcorn’ has more than doubled in 10 years and has touched a record €900 a barrel in Odeon Cinemas across the UK and Ireland. A spokesperson for the group said Cinema popcorn prices are expected to reach €1,000 as demand for the movie snack grows in Ireland during the summer period. “The price of cultivating and producing popcorn is huge.” said Odeon CEO Marcus Wellington. “I am not going to go into it right now, but it is a very complicated and dangerous procedure. The tools needed to actually pop the corn run into the tens of euros.”  LINK