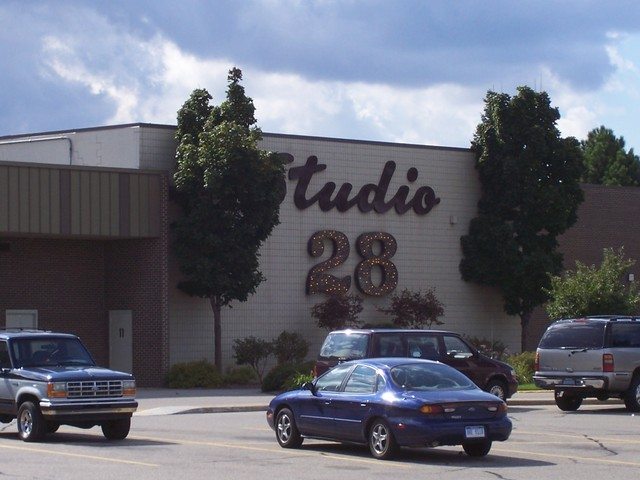 Demolitions of old cinemas rarely makes the news beyond the local newspaper and TV station, but Studio 28 in Wyoming, West Michigan is not just any old cinema. In 1988 it became the world’s first megaplex, as well as being the world’s largest cinema, and to this day hold the highest single-day attendance record figure for any cinema in the world.

Taking its name after the street where it was located, Studio 28 was opened on Christmas Day 1965 as a single-screen 1,000 seat cinema by exhibition pioneer Jack Loek, next to Loeks’ Beltline Drive-In. Loek who would go on to make Studio 28 the flagship cinema of Jack Loeks Theatre. This in turn would become what is today known as Celebration Cinema, as created by Jack’s son John. Studio 28, meanwhile, expanded to two screens in 1967, six screens in 1976, 12 screens in 1984 and 20 screens in 1988. The seating had grown to a staggering 6,000 places.

Studio 28 was the world’s first megaplex (defined as a multiplex with 20+ screens), overtaking the 18-screen Eaton Centre Cineplex. According to Wikipedia, “The theatre broke a single day attendance record on November 29 1990 serving 16,000 guests, a record which still remains unbroken.” It was the day after Thanksgiving and films showing at that time were Dances With Wolves, Jacob’s Ladder, Home Alone and Rocky V, with Misery set to open the following day. Theatre One had a large curved screen and THX specs, woth all other screens having stadium seating.

Studio 28 was soon overtaken by other megaplexes and saw declining attendance, a reported 75% drop in attendance in the dozen years since 1996.

It was finally closed in November 2008, some 18 years after breaking the attendance record. The CEO gave what was clearly an emotional speech at the time.

John Loeks, owner and president of Celebration! Cinema and Studio 28, said his father, company founder Jack Loeks, considered the theater complex “his Camelot.” It was the nation’s first multiplex facility.

“It’s much more than a building,” John Loeks said. “Studio 28 was the center of the universe for movie exhibition. Everyone in this business came to Studio 28 to see what Jack Loeks accomplished, and copy what he did.” 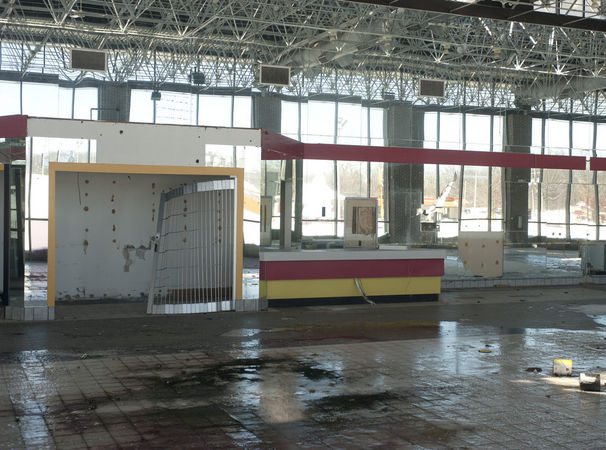 Today the news was confirmed that the building would finally be torn down to make way for a new development.

Studio 28, which once was the “world’s largest” movie theater complex will be erased from the Grand Rapids area landscape this month.

The facility’s demolition comes six years after the iconic theater closed its doors, after 43 years. Once the premier theater in the Loeks chain, Studio 28 became too old and too costly to operate.

Although Loeks Theater Inc. doesn’t know what will go up in its place, roof issues made it imperative to take the building down, said Emily Loeks, director of community affairs for the fourth-generation family business that operates movie theaters across the state.

The site will mostly likely be taken over by a Big Box retailer like Meijer or Wal-Mart. But the record lives on as do the memories of the world’s first megaplex and largest cinema of its time.