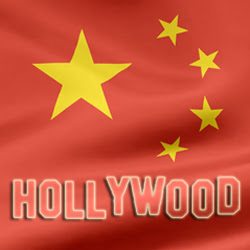 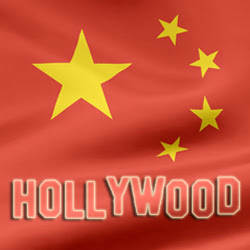 THR has an exclusive that China is considering relaxing the quota restricting the number of foreign (read: mainly Hollywood) films that can be shown on each films by a further ten each year, taking the total to 44, from the increase of 14 additional 3D and Imax films two years ago. “Raising the quota could do much to improve relations between Hollywood and China, which have been tense in the past few months over difficulties regarding payment and a screening scheduling that favors local products. While no deadline for the increase could be confirmed, the quota could be raised as soon as March, when China’s annual parliament, the National People’s Congress (NPC) gathers in Beijing’s Great Hall of the People.” Italy and France have been lobbying the PRC separately to be exempted from the quota, which would allow Hollywood-style French films such as Taken to be screened, while The Great Gatsby got shown as an Australian film. Link.

UAE: Cinema patrons in Dubai are upset with parents who bring children below the age of 13 to films such as 12 Years A Slave. “Toddlers crying, young children exposed to extreme scenes of violence and teenagers loudly sniggering during a film rated 18 and over, are some of the few problems that moviegoers are facing at cinemas in the UAE.” Cinemas say they are adhering to regulations, but the most illuminating insights come in the comments section. “After about 3 hours of baby crying at Mirdif City Centre I was furious and asked to speak to the manager to complain. He claimed that they have no policy to ban babies or children entering 15+ aged movies and they cannot do anything to stop them.” writes Hiba. “when you complain, the Cinema staff ask you what the Nationality of the person is who is disrupting your viewing experience. Should the rules not be the same for all, no matter what Nationality?” writes CJ. “The issue is deeper here. The majority of parents come from the cultures where structure, discipline, schedule in child’s upbringing is a non-existing concept.” writes Olga. Most worrying, though, is the comment from Simon: “Excellent, even more arsenal and justification as to why I never go to the cinema and invested in a decent surround sound home cinema. I really don’t miss the cinema one single bit.” Link.

4K – Not sure how this is different from 4K feature films that the likes of Sony Pictures has been releasing for years, but the (museum) cinema specs are impressive. “In November, VGTel announced that it started the digital scanning of a series of award-winning IMAX®-format films for release in the new 4K Ultra High Definition Format. Last week, on January 30, 2014, VGTel’s distribution partner, Los Angeles-based K2 Communications, agreed to terms for a licensing deal for Adrenaline Rush 4K with the Oregon Museum of Science and Industry (OMSI). A definitive agreement is forthcoming.” Link.

Australia: One of Oz’s big cinema chains is getting a new head. “Major Australian exhibition company, the Hoyts Group has promoted Damian Keogh to CEO, following the planned retirement of Delfin Fernandez after nine years in the post. Keogh has been upped to the position from his current post as CEO of Hoyts subsidiary, Val Morgan Cinema Advertising, which has increased cinema ad revenue by more than 20 percent in each of the last two years.” Not sure who will take over at Val Morgan though. Link.

UK: More details about Goldfrap’s hybrid concert-film ‘Tales of Us’. “[T]he film is a 30-minute journey through five of the individual stories featured on the album. Stranger, Laurel, Jo, Drew and Annabel interconnect subtly, featuring themes of love, loss, madness and identity, taking the viewer on a unique musical journey. The film was co-created by Alison Goldfrapp and director and writer Lisa Gunning (Nowhere Boy, Seven Psychopaths, Salmon Fishing in the Yemen). Alison Goldfrapp said: “We’re very excited to present a unique event, the Tales Of Us film alongside an intimate live performance, to our fans across the world. We’ve loved touring the Tales Of Us album and can’t wait to bring our live show to cinemas.” Fans are enticed to see it in cinemas as only two of the tracks from the films have already been released, presumably as standard music videos. Link.

UK: Two articles in the last couple of days from The Telegraph on the subject of event cinema. The first asks, “Will cinema kill the opera star?” with the tagline, “As more opera houses broadcast their productions in the cinema is this the end of live singing, asks Rupert Christiansen” The answer seems to be that opera is perfectly capable of dying of its own accord, not least given the cost of subsidies to keep it alive. Even so, don’t expect cinema to hasten the fat lady singing her last aria. Link.

UK: As discussed in the ECA article, Former Telegraph editor Charles Moore does a a review compare-and-contrast of two London Shakespeare plays with star casting: Simon Russell Bale’s King Lear and Tom Hiddlestone’s Coriolanus. While Moore saw the first of these in the theatre, “I watched the latter in our local cinema, at what they call an “Encore” of the excellent live films broadcast by the National Theatre.” He prefers the latter, though it for no reasons to do with it being event cinema. Notable though for treating the two mediums as equals in terms of appreciating the experience. Link.

Qatar: “The company operating the cinema hall at the West End Park near the Industrial Area is planning to open a second cinema at the facility later this week. This follows the overwhelming response from film viewers to the first cinema hall which was opened in December last year. The cinema operators yesterday said that the lone hall of the four-screen complex is attracting “full house” on Thursdays and Fridays. On Saturdays also the response is good.” Link.

Ireland: The mystery of the missing Screen cinema sign in Dublin has been resolved, but not to everyone’s satisfaction. “The three-screen cinema, which has been in operation on Townsend Street since the early 1970s, has recently replaced the notable ‘Screen’ sign with the Irish Multiplex Cinema (IMC) logo. A spokesperson for IMC – the group that operates the theatre – was unavailable for comment this morning, but they are reported to having said that it was a “very tough decision” to make.” Link.

USA: Virginia Beach, VA. “The owners of Cinema Café, with four theaters in Hampton Roads, recently announced plans to build a fifth location in the Edinburgh Commons area off Edwin Drive in Chesapeake. It will have nine auditoriums with full dinner service, as in all of its locations, as well as plush seats and enhanced sound and screen technology, including 3-D capability.” Link.

UK: What if you refurbished the local cinema, but neglected to inform the locals, is what this letter writer wonders. “I am in full agreement with Pamela Spalton about the re-furbishment of the Scala Cinema in Ilkeston. It was a delight to visit the cinema last week to see The Railway Man. The interior was very pleasing to the eye and the seats were so comfortable. I couldn’t believe it was the same place. I’m sure that there would be more people willing to visit, if it was advertised in the local Advertiser. Some people I have spoken to, weren’t even aware that it had been “done up”.” Link.

USA: Dallas, TX. “Flower Mound’s Lakeside DFW development is getting a movie house. Austin-based Moviehouse & Eatery will have a new location on the northwest corner of FM 2499 and Lakeside Parkway at the entrance to the mixed-use development. Construction is set to start in May on the 45,000-square-foot freestanding building with eight auditoriums. The cinema and restaurant facility will open next year.” Link.

UK: “Locals will have seen from the West Briton and heard on the grapevine that a huge leisure complex is planned for the Pool area. I still remember Camborne Cinema closing, re-opening as a Laser Tag for a while, and then after a while of being desolate, being turned into flats.” Link. Or sign the petition here.

UK: Churchgate. “A major refurbishment plan for a town centre shopping precinct has taken a small step forward with the announcement that approval has been given for a boutique cinema, but questions are still being asked as to where things stand with the wider scheme.” Link. 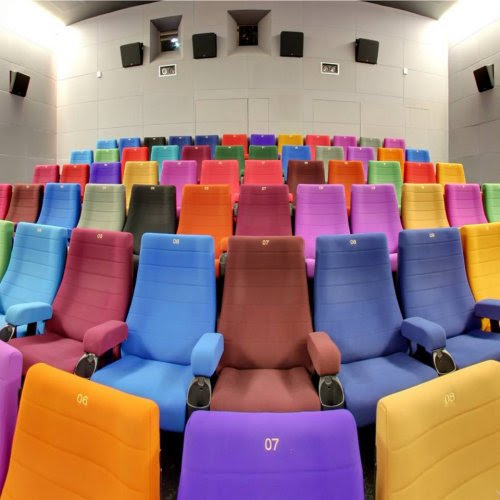 Ireland: The Journal asks its readers ‘What’s Your Favourite Cinema?’ “The Lighthouse Cinema in Dublin has appealed for people to nominate them – and with those colourful collection of seats, why wouldn’t you?” Based on the photo, we would have to agree, but there are some other gems as well. Link.