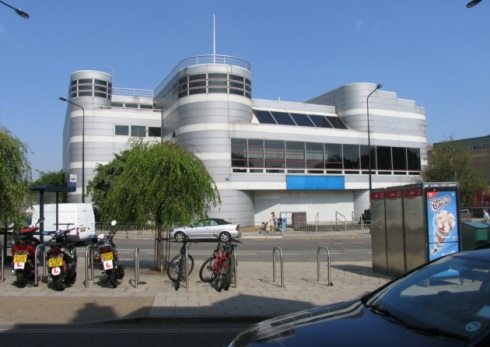 UK: Fancy going up against not one but THREE cinemas in Ipwich? If so then you are in luck, because the original £1m asking price just halved. “The former Odeon cinema at the junction of St Margaret’s Street and Woodbridge Road was built in 1991 but closed in August 2005. It had become unable to cope with the competition from what is now the Cineworld cinema on Cardinal Park and has lain empty ever since. Despite several new owners and proposals to turn it into a leisure complex no one has yet been able to give the building a new lease of life.” Maybe because in addition to the Cineworld there is the two-screen Ipswich Film Theatre and a proposed nine-screen Vue. Caveat emptore! Link

UK: Meanwhile in Trowbridge a long and strange battle comes to an end with the granting of the right to build a second multiplex. “The decision brings to an end a lengthy and often bizarre cinema war in Trowbridge. The town had no cinema for 30 years until Prorsus revealed its plans for the Bowyers’ site, which has lain derelict for five years. It wanted to turn it into a supermarket and leisure park with an eight-screen Cineworld multiplex, six restaurants and a pub. Then another developer arrived with plans for a slightly smaller Odeon cinema and hotel on another derelict town centre site a couple of hundred yards away.” 400 people marched through town in protest at the decision. Link

USA: No sooner had they announced the Spring Hill, Tennessee multiplex… “Carmike Cinemas, Inc., a leading entertainment, digital cinema and 3-D motion picture exhibitor, today announced the further expansion of its presence in Fayetteville, NC with the new Patriot 14, which is being constructed at 4761 Lake Valley Drive. The theatre is slated for a Grand Opening celebration late fall of 2014.” Link 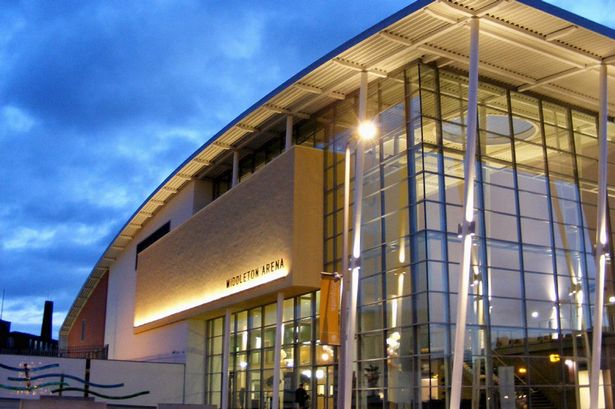 UK: Cinema returns to a Manchester suburb. “A cinema is set to return to Middleton town centre for the first time in more than two decades. Bosses at Middleton Arena have revealed they are planning to install a high definition 3D cinema screen in the auditorium to showcase the latest blockbusters at a series of film nights. Centre manager Claire Costigan said the screen, which will also be used to broadcast live sporting events, will ‘fill a real gap in entertainment’ in the town.” Link

UK: The Electric in Nottingh Hill is considered one of London’s most luxurious cinema, but it also has another interesting feature that comfy seats. “But one of the main reasons it’s BEST is because every Monday they have movies with Subtitles. So we get to watch a film and leave happy, appreciative and ready to take on the biggest of film critics. You just get your money’s worth in terms of comprehension you know? Never will we ever miss a beat. Whether it’s a character’s mumble, song lyrics or distorting vocal effects.” As someone who isn’t hard of hearing but still switch on subtitles on DVDs and Netflix I can definitely see the appeal. Link

USA: Will Oculus Rift, the virtual reality headset, be a ‘cinema killer’? Probably not, but interesting potentials for immersive storytelling. “Mitchell and Oculus product lead Joe Chen, who brought Oculus to Sundance, said they’ve seen an uptick in the last six to eight months in the number of people in the film industry interested in how the VR headset could be used for movies. Among them was Alfonso Cuarón, who recently visited Oculus HQ to learn more. Mitchell notes, rightly, that the director’s Gravity, with its POV shots framed by the astronauts’ helmets and the vast scope of its scenes, would be perfect for VR. ” Link

New Zealand: Kiwis show the way how to make a success of community cinema. “Ten thousand viewings in six months have vindicated those who pushed so hard for a community cinema in Dargaville. The hi-tech 62-seat Anzac Theatre was opened by a charitable trust in the War Memorial Hall on July 12. More than 10,300 tickets have been sold since.” Hope this inspires others. Link

UK: Efforts are underway in Scotlamd for a three-screen cinema. A community run project to bring a cinema to Montrose has received its first influx of funding and is being backed by an Angus MSP. Montrose Playhouse Project has been awarded a £3,650 grant to pay for a website, marketing, legal fees for the group to become constituted – a written agreement of what a group is going to do and how they will do it – and ?fund-raising events. Link

China: Attempts at translating reality TV shows from the small to the big screen in PRC have a mixed track record. “”Dad, Where Are We Going?” about the relationships between celebrity fathers and their young children, and opening Friday, is the latest Chinese TV program to attempt to cross over to the big screen, as entertainment companies try to capitalize on the success of hit shows. Last month, a fictionalized movie featuring contestants from China’s version of the reality talent-search program “The Voice” hit the cinemas, but flopped. “I think it’s strange to use the cinema as a distribution chain for TV content, it’s not very creative,” said Florian Fettweis, of Beijing-based media consultancy CMM Intelligence.” Link

UK: Our friends Future Cinema are attracting world-wide attention. “They’re nothing short of breathtaking. If they do Blade Runner again, I may have to pack my bags and go to London. If I’m to be honest, I don’t care about the latest strides in 3D and high definition. I don’t care about the latest in surround sound. What I do crave is an immersive, one of a kind theatrical experience.” We couldn’t agree more. Link

UK: Piracy or prank? “A man was arrested on suspicion of recording a film on his mobile phone at a Walsall cinema. The 23-year-old was detained after staff at Showcase Cinema believed the man was making a recording while watching the critically-acclaimed American Hustle.” Better pirate copies in circulation already and phone still poor way to record off screen. But still right action by staff. Link

USA: Seeking Alpha takes a small caps look at DCIN’s ‘roll up’ strategy. “Digital Cinema Destinations (DCIN) owns and operates movie theaters and has a stated goal to grow its portfolio to at least a total of 1000 screens. It closed Friday at $5.94 and has been steadily acquiring small groups of screens. At the end of the first quarter of 2012 (March 31, 2012), DCIN had 19 screens and less than one million dollars in quarterly revenue. At the close of its last reporting period (September 30, 2013), revenue was up more than tenfold and DCIN had 184 screens; since the close of the quarter, it has announced plans to acquire more screens.” Link

Pakistan: Some help fort he beleaguered cinema sector from the state. “Information Minister Pervaiz Rashid said on Saturday that the government is planning to give more incentives to the Pakistan film industry. Pervaiz Rashid said cinema industry has been given tax exemption and the government is planning to offer more incentives for cinema houses.” Link

UK: ‘Unusual Cinemas – Our Top Five Picks’ does exactly what the title says. How many have you been to? Link