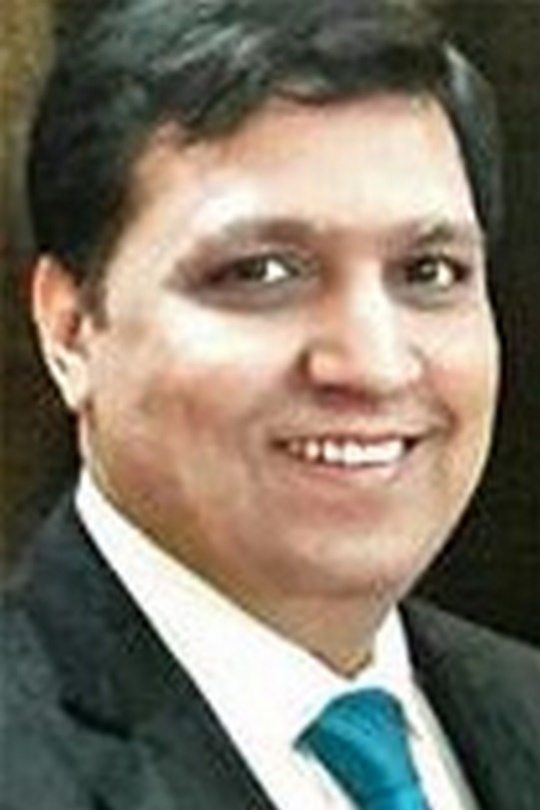 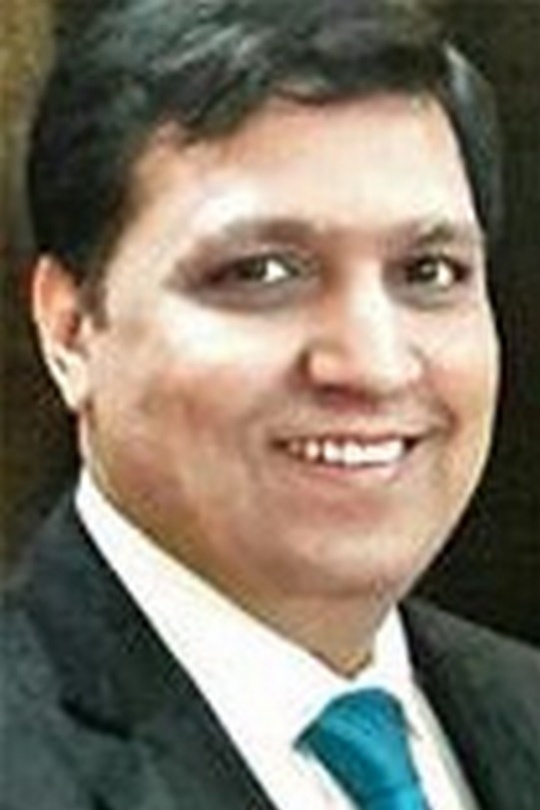 The role of a censor/certifier is not an easy one in any country.

It is a tightrope walk between filmmakers and demanding audiences seeking freedom of artistic expression and right to view age-appropriate content on one hand, and concerned parents and moral guardians on the other worried about the influence of sex, violence and bad language on the big screen, while balancing on a precariously slack rope of constantly shifting cultural norms. Even so, the appointment of a new CEO seems to have stirred up an exceptional amount of bad feelings in India.

Rakesh Kumar formally took over the role of heading  the Central Board of Film Certification (CBFC) last Friday, as noted in the Times of India. His previous qualification for the role was, well, none. Other than that he goes to the cinema sometime. He was previously Indian Railways Personnel Officer (IRPS) and his bio reveals that before that he was Managing Director of Indian Railway Catering and Tourism Corporation Limited (IRCTC). Prior to which he worked as Executive Director(Passenger Marketing) and Executive Director (Efficiency & Research), Ministry of Railways, having gained a post-graduate in Physics from Lucknow University (1975) and an MBA graduate from Patiala University (1993). So how did his career get side tracked (see what we did there?) into deciding what films are appropriate for which audiences.

The answer lies in the murky underworld of patronage and appointments that underpins much of Indian politics and bureaucracy. As noted in the TOI:

Like his predecessor Pankaja Thakur, Kumar is also a rank outsider in that he has not worked as a regional officer in CBFC, to have some knowledge of film censorship. It may be recalled here that Pankaja Thakur has gone back to her parent department – customs and central excise after she completed her three-year tenure as the CEO. Rakesh Kumar will also have a three-year term to serve.

So while it is not unusual for ministers in other countries to change departments as separate as Transport and Culture, it is unusual for civil servants that typically specialise for years in one filed to do so. Kumar did not help his case by giving an interview to the Mumbai Mirror, headlined ‘It’s Time for a Clean Up Act’, where he was given ample celluloid to hang himself by spouting off about what currently bedevils Hindi cinema. It is worth quoting the Q&A at length:

Rakesh Kumar: The seriousness in content is missing. Filmmakers are pushing the envelope a bit too far. They tell us, “Whatever we show is happening in our homes.” But what is happening in their homes is not necessarily happening across the country. So it cannot be the yardstick. I seriously don’t think Ranbir Kapoor should have shown his middle finger and bared his butt in Besharam. I also felt that given his reputation, Aamir Khan shouldn’t have produced a cussloaded film like Delhi Belly(pauses).

RK: My wife and I walked out of Agneepath in the interval because it was just too gory. Gangs of Wasseypur had terrible language and Vishal Bhardwaj retained Arshad Warsi’s sex scene in Dedh Ishqiya despite us ordering him to blur it out. It was only when we told him that we’d be forced to make a police complaint, did he edit it out.

After watching Shudh Desi Romance, my five-year-old daughter asked me, “Dad, isn’t there too much love in this movie?” More recently, I went to see Yaariyan with her and came out visibly embarrassed. Now, I have decided not to see even a U/A film with my kid.

MM: How do you plan to change things?

RK: I called a meeting of my Regional Officers and have told them that I am not happy with the way certain things are going.

MM: Are you in favour of removing ‘No Smoking’ disclaimer?

RK: No, Anurag Kashyap has to follow the law of the land. He has challenged it in court but he is unlikely to win the case.

MM: How will you make adult content suitable for TV viewing?

RK: If you have content like Grand Masti, I wonder how much would remain after we clip.

MM: But the film did well…

RK: Then pornography, which has a huge market in India, should be included in films to make them work better in the box-office.

There was no mistaking the sarcasm dripping from the rip post by Firstpost.Bollywood, where the headline stated unambiguously ‘Why new Censor Board CEO Rakesh Kumar is bad news for Indian cinema‘:

Everyone who voted for Kumar’s wife and daughter as representatives of Indian audiences, raise your hand now. Also, how many of you are uncomfortable with a guy who takes a five-year-old to a film clearly rated U/A judging a film? As The Vigil Idiot creator Sahil Rizwan pointed out on Twitter, Kumar doesn’t seem to be exercising the kind of discretion he should be enforcing. In any case, why are Kumar’s family members interfering in his professional decision making when they are not, as far as I know, members of CBFC? Is the Censor Board chief drawing a salary (out of the taxpayers’ money) so he can consult his family for decisions that he – a fully-grown, rational adult – should be taking on his own? On a slightly separate note, is “too much love” a problem that must be fixed?

It went on to point out that:

The second is the usage of the words “…despite us ordering him to blur it out.” Contrary to what is suggested by Kumar using the word “order”, CBFC is not the controlling authority of all Indian cinema. It’s a body that’s supposed to work with filmmakers, not issue diktats to them.

These sentiments were shared by MENSXP, which published an article headlined ‘VULGARITY, VIOLENCE AND VITRIOL: HOW INDIAN FILMS ARE ON A COLLISION COURSE WITH CENSOR BOARD‘:

To defend his socialist-era mentality, Kumar gives examples of how he and his wife walked out of Agneepath because it was so gory, how his daughter felt there was too much love in Shuddh Desi Romance and how he was embarrassed while watching Yaariyaan recently. Seriously? Agneepath is a Rs 100 crore hit while Shuddh Desi Romance was the sleeper hit of 2013. The point is this – how can a body whose head has not had a long association with movies be inclined in favour of cinema? This is exactly the type of thing that ruined Indian hockey when top cop KPS Gill began to run its affairs. How can one ever decide what the audience must be watching?

We have lived through many clichés that Bollywood has thrust upon us but when Bollywood is ready to open its wings, clipping them by throwing the textbook is self-defeating. After all, the government earns a substantial chunk of money from every movie by way of tax as well…  A Censor Board chief needs to be objective about his choices and his personal likes and dislikes towards a particular genre of cinema and actors/ directors. If this is the way Kumar thinks about his job, we have every reason to wonder how biased film ratings will be in the near future. Business newspaper LiveMint notes that the appointment and tone of the new CEO goes against the direction that the board has been moving in for the last few years.

The CEO’s remarks are at odds with his organization’s controversial attempts in recent years to shift focus from censorship to certification. Under the aegis of honorary chairperson Leela Samson, the board has tried to live down its reputation for curbing the freedom of expression and focus instead on making the existing ratings system more effective. As a result of the notion that Indian citizens who are legally allowed to marry and vote by the time they turn 21 can stomach strong language and sexual content, there have been many more ‘UA-’ and ‘A’-rated films in the past few years. However, no producer wants an ‘A’ film, since it automatically cuts out the lucrative family audience block even as it helps attract select segments, such as young people and adult men.

This is in line with most other nations (even censorious ones like Sweden) where ratings coupled with self-censorship and cuts by the distributors or filmmakers to get a lower rating have replaced mandated cots to films. Also, it is worth remembering that Ratings and Censor boards in other countries are far from perfect. UK’s BBFC has recently had to revise its guidelines for horror films following a backlash after it rated The Woman in Black 12A. Across the Atlantic, the MPAA came in for stinging criticism of its opaque appointment procedure and ratings guidelines in the 2006 documentary This Film Is Not Yet Rated (which was ultimately released unrated).

Even so, it seems that the new Indian CEO is particularly cloth eared, not to say reactionary, in his appreciation of the world’s largest film industry when it is at a critical juncture in its artistic and commercial. Let’s also hope that he doesn’t have to sit through The Wolf of Wall Street in his first week on the job. At least not unless the CDFC has a large stockpile of smelling salts.