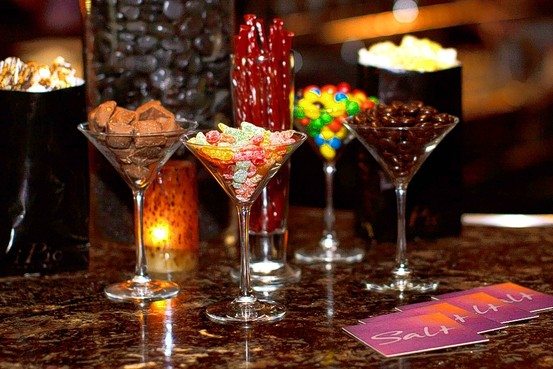 When Jeffrey Katzenberg is quoted as saying, “I am one hundred percent sure that these theaters are the future of movie-going,” you assume that he is talking about 3D, maybe with HFR and Immersive Audio. But in the case of this article in WSJ he is talking about another phenomenon that has grown in the shadow of digital – cinema dining.

Call it ‘bijou cinema’, ‘CinéBistro’ (™), or ‘CineDine’ (also ™), it is a phenomenon that rivals Imax for growth and even outpaces Immersive Audio installations. “These new theaters really up the quality of experience because they require a high degree of service that movie theaters have lost,” is Katzenberg’s opinion and the numbers seem to back him up.

By 2011 there were 300-400 such establishments in the US and today the figure is likely to have doubled, with the phenomenon starting to catch on overseas. As NATO President John Fithian said in his 2013 keynote speech at CineCon:

“The traditional popcorn and a Coke constitute our biggest sellers. But many modern cinemas offer additional items, such as salads and burgers, finer dining menus, and adult beverages. In many locations, it’s no longer “dinner and a movie”. It’s “dinner at the movies.”

By that he didn’t mean the perpetually re-heated hot dogs and nachos with a sticky yellow substance on them characterised as ‘cheese’. Taking its cue from the airlines industry, First Class has now arrived in the multiplex. 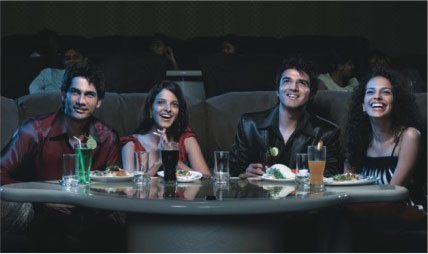 There are two divergent trends when it comes to premium cinema experience, typically built around fine dining. The first is dedicated stand-alone cinemas with only one or a few screens that typically show art house or niche films, sometimes mixed with popular and family fare. These cinemas had traditionally had a bar that permitted the selling of alcoholic beverages or at least a premium coffee counter, which over time expanded its offering and migrated them into the screening room itself.

Famous examples of this are Alamo Drafthouse, which was founded in in Austin, Texas in 1997 and has now spread to nine locations. As the company’s Wikipedia page notes:

The company began as a second-run movie theater, and distinguished itself by the food and drink service offered inside the theater, including cold beers. The seating is arranged with rows of cabaret style tables in front of each row of seats, with an aisle between each row to accommodate waiter service. Customers write their orders on slips of paper, which are picked up by black-clad waiters.

This is done with emphasis on not distracting from the movie experience, which includes a policy of removing patrons who talk or text during the screening. In UK this first strand is rooted in the art house circuit, such as Curzon Cinemas with their wine bars, but best epitomised by The Electric Cinema in Notting Hill run by the Soho House private members club. 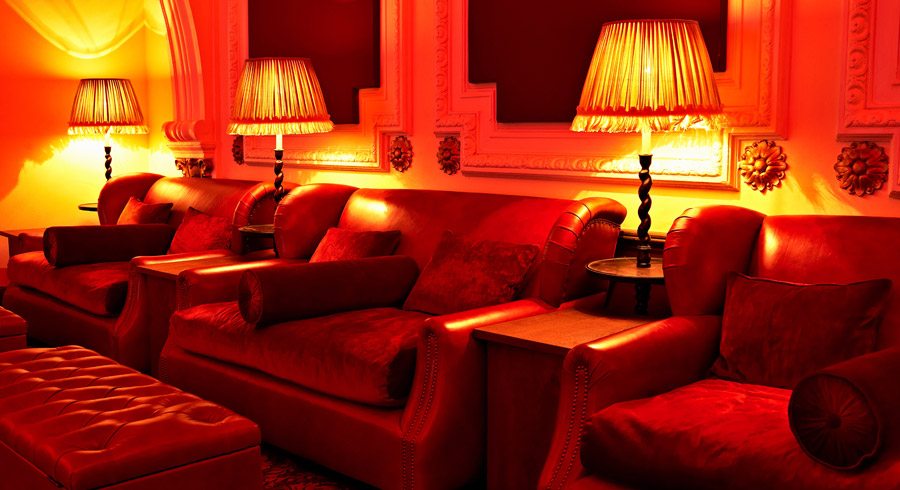 The second trend is for multiplexes to offer a dedicated section with one or two screens where the price of the movie ticket is significantly higher but offers an assortment of food and drink option, sometimes included in the price of the ticket. This is the pure airline model with a distinction between regular (Economy) and premium (Business and First Class) sections, only with more generous legroom for the former in cinemas. Both offer the same basic product (the same film or gettinging from A to B), but the services around them set them apart, with a lot of aesthetics from VIP lounges imported to foyers for premium screens.

This trend is less common in UK and Europe but more prelevant in the US, where existing multiplex operators such as Marcu Theatres’ CineDine, AMC’s Dine-In-Theatres Fork & Screen® and Cinema Suites® or Regal’s Cinebarre are well established; as well as dedicated multiplex-and-dining operators such as SMG (Studio Movie Grill), whose slogan is ‘Enjoy in-theater dining from the company that created it.’

“The entire concept of cinema and dining is all about the American culture and way of life. Instead of taking an hour and a half to park and go to a restaurant, and then be driving again to see a two-hour movie, you come to one location here. You have a cocktail in the lounge, sit down in the auditorium for a great meal and a movie. That’s what CineDine is all about. We have such a limited amount of time in our lives for out-of-home entertainment. This offers a great option for a lot of people.”

This trend is, however, most noticeable in BRIC territories and other emerging markets, such as Singapore’s Golden Village ‘Gold Class’ screens. Catering to the growing middle class, these are purpose built multiplexes with space one or two premium screens. 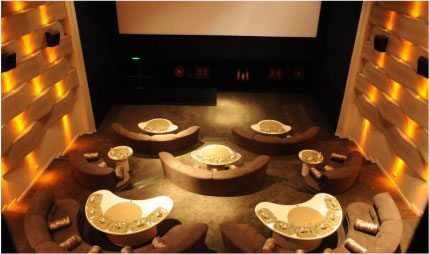 New York is the latest city where the convergence of these two trends converge, with the announcement of three separate operators looking to expand in the Big Apple, as reported in the New York Post:

Movie houses with drinking and dining options, including the Florida-based iPic, the Texas-based Alamo Drafthouse and Williamsburg’s Nitehawk, are gearing up to expand throughout the city.

“Our research showed 78 percent of people eat before or after going to the movies,” said iPic president and CEO Hamid Hashemi. The idea of combining dining, drinking and cinema options is yet another way to lure movie-goers away from their Netflix accounts.

Famed for the waiter ‘ninjas’ (so called because they serve food and drink discreetly) iPic is set to open A 46,000-square-foot, eight-screen auditorium at 11 Fulton St. at Manhattan’s South Street Seaport in 2015. The company is looking to expand further in NYC, primarily in under-served areas, such as in Long Island City, Downtown Brooklyn; Queens and Harlem/Upper Manhattan, having already made plans for Fort Lee, NJ (off Bridgegate fame). But they are not alone. 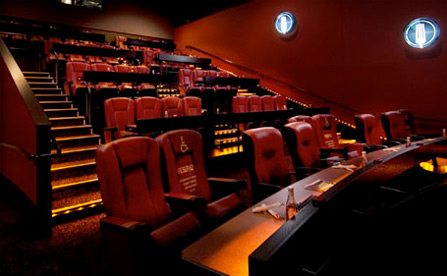 Having already opened a site in Yonkers, north of New York City, Alamo Draft House is about to take Manahattan:

Alamo, which also serves a full menu of food and beverage, inked a deal to open in City Point, the 1 million-square-foot retail outlet that’s debuting sometime next year in Downtown Brooklyn.
“We’re going to be on the top floor,” said Tim League, founder and CEO of Alamo. “It’ll be 800 seats.”

The company was not deterred when the deal to take over the Metro cinema on Upper Westside fell through.

The third contender is the one NY Post considers the pioneer, having helped establish change the laws that prevented the sale of alcohol in cinemas. Nitehawk Cinema began operating in Williamsburg Brooklyn in 2011 and is now looking to expand. ““We’re very interested in other neighborhoods in New York,” said Viragh. “Our goal for the next year or two is to identify areas of expansion . . . we are actively searching in Manhattan, Brooklyn, Queens — all over.” It seems that even in a city where rent is at an absolute premium, fine dining cinemas will be happening. Think of it as two-for-the-price-of-one.

This is a topic that we will be following and looking at more in depth here at Celluloid Junkie in the future.