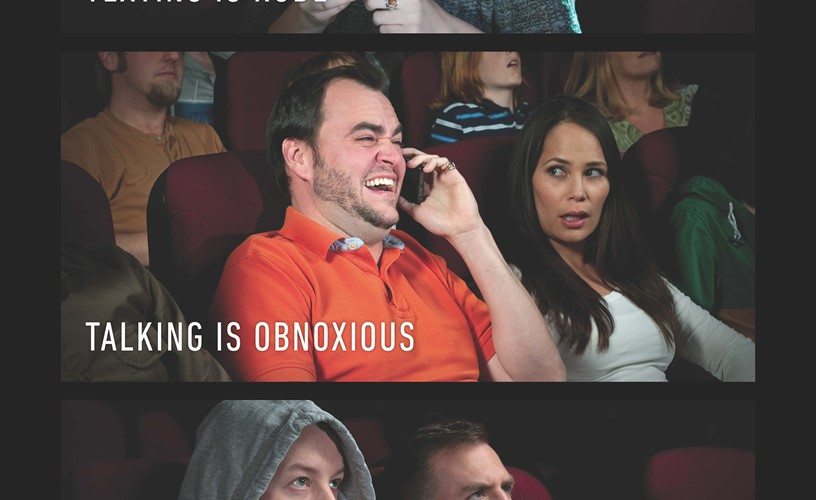 UK: BBC Magazine Monitor looks at “Ten annoying breaches of cinema etiquette”. “Bad behaviour at cinemas has reached a “new low”, the BBC’s Simon Mayo said on Friday. The incident that got the presenter’s back up? A woman looking at her phone. But this wasn’t a quick glance to check messages – which would be enough to rile some for creating a distraction or light pollution. “She had an app on her phone which turned it into a mirror,” Mayo told listeners. “Then using the torch on her friend’s phone, she used the mirror to do her make-up.” While this might seem like a slightly unusual occurrence, for Mark Kermode the mobile phone and the cinema do not mix. Full stop.” And that was BEFORE the Tampa cinema texting-related shooting in the US. Link.

UK: Plans by the UK government to de-regulate who can screen films in public venues has been met by opposition from small cinemas and trade body CEA. “Smaller operators in particular, many of which serve remote or isolated communities, have been left feeling threatened by the proposals. CEA chief executive Philip Clapp said: “It is very disappointing that the Government intends to proceed with the removal of licensing requirements on some types of film exhibition. “The whole UK cinema exhibition sector, large and small, was united in its opposition to this unnecessary and damaging change.” Under the proposals being put forward, the Department for Culture, Media and Sport would change who can legally exhibit big screen content in the community. This would mean that the local bingo hall, social club, pub or church could all potentially exhibit films.” Link.

India: Meanwhile unlicenced cinema operations remain a problem in Indian Kashmir. “Despite repeated reminders from the district administration of Jammu for renewal of licenses, the cinema theatres have been operating without any valid permission for the past almost five years.” Link.

UK. “A storm-hit cinema’s operator has said it could be another month before it can reopen after the biggest North Sea storm surge in 60 years. The East Coast Cinema in Lowestoft was forced to close after water poured into the building, flooding auditoriums.” Link.

UK: “The former ABC cinema in [Bristol’s] Whiteladies Road could be fully restored in 18 months, according to its owners. After facing pressure from campaigners over scrapped plans for a gym on the site, Medinbrand now looks set to return to the building to its former use. Plans are to be submitted next month for a three-screen cinema which could open in summer 2015.” Link.

US: NW Chicago Film Cinema Society looks at how 35mm projection has largely vanished from the Windy City and what the digital transition means for art-house and specialised films. Link.

US: “Carmike Cinemas is upping its presence in Traverse City [Michigan], as new plans are being made for a bigger theater including an IMAX screen to replace the current one.” Link.

Audio: Qube has added support for Auro 11.1 to its two servers. Link.

Michael Gubbins has written “D-Cinema beyond the transition” for MovieScope looking at problems with VPF and related issues as we approach the end of analogue. “Grand global conversion rates don’t mean much if the cinema in your town is closing down. There is, however, a bigger issue: the concern that the mechanisms established to support the transition to Digital Cinema are now holding back progress, particularly for independent cinema. That debate is, predictably, only slowly coming to the fore. It has been the pattern of Digital Cinema so far that mainstream engagement with the issues has tended to come only after the period when there was the opportunity to make a real impact.” Link.