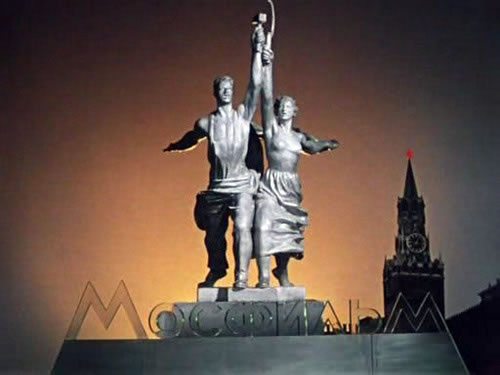 Russia’s Minister of Culture has announced plans to introduce a 20 per cent quota for domestic film in cinemas. Interviewed by Interfax and reported in German media (such as this Focus article) Vladimir Medinski is quoted as saying that:

Which translates roughly as:

“One has to introduce a quota system for Russian cinema, otherwise there is no way to support Russian films,” and “During Soviet times there was a quota for American films of six per year. And the Soviet films did well at the box office,” and “I believe that 20 per cent is a good number.”

The quota is expected to become law shortly. Russia would be far from the first country to introduce quotas, with China (PRC) restricting the import of foreign films to just 20 per year, plus 14 more IMAX and 3D films, while South Korea also has a quota system in place to support local films. Wikipedia has a handy overview of the quota system in different countries, including France and Italy, as well as historical perspective for the likes of UK.

Russia under re-elected President Vladimir Putin has been pushing to promote the domestic film industry, with particular emphasis on historical and patriotic films. Screen reported last week that “Russia’s Culture Minister Vladimir Medinsky has announced plans to transform national support for the film industry into a revolving fund, increasing investment into film production by 100% by 2017.” This moves comes after the success of war epic Stalingrad, which has become the highest money making film in Russia of all time. Russia’s Culture Minister Medinski has been criticised for his conservative and hard-line stance that echoes Soviet times with pronouncements that screenwriters should be “told what’s good and what’s bad.”

Even with the success of Stalingrad, LA Biz noted last year that Hollywood films dominate the Russian cinemas:

The Cold War may be in the distant past, but the country is still concerned about Western influence — at the box office. Only one film from Russia’s top 20 at the box office this year actually hails from the country’s own national cinema. The rest of the top slots are made up of Hollywood product, with “Iron Man 3” in the number one spot at $44.2 million.

With the recent rapid growth of multiplexes and IMAX screens in Russia the authorities are obviously keen for more of the roubles spent at the box office to stay in Russia.