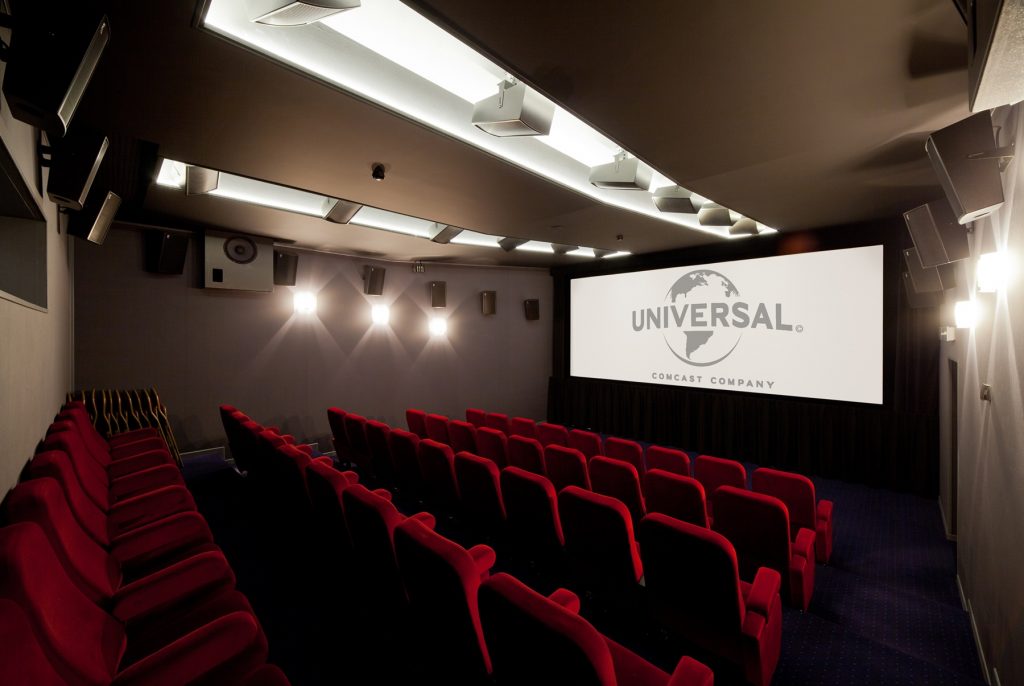 As sound technology in the movie industry gets ever more refined, the screening rooms of film distributors also need to stay in step and at the cutting edge of audio technology. At the Amsterdam facility of Universal Pictures International (UPI), an Alcons Audio CRMS mkII cinema reference monitor system is ensuring that those attending film screenings enjoy the best audio experience.

Opened in 2005, the facility was built to facilitate screenings for the press and industry professionals, rather than UPI having to buy out regular cinema showings for them.

When it came to upgrading the room for Dolby Atmos, late last year, UPI contacted digital cinema specialists CinemaNext, whose Edwin de Winter specified the Alcons CRMS solution. Edwin designed the complete system for the room, which was installed by the CinemaNext team.

“The key decision was to consider the dimensions of the screening room in combination with the needs of Dolby Atmos,” says the screening room’s operator Adriaan Bijl. “Edwin and his team specified the Alcons system because they knew it would deliver the best performance of any system.”

Adriaan says that they are very happy with the system, which has received positive comments from those attending screenings. And it is not only the latest movies that sound better.

“Dolby Atmos is of course a real improvement. However, traditional 5.1 and later 7.1 mixes also sound much better with the Alcons system,” he says. “We still do 35mm film presentations as well and the Alcons system makes them sound terrific. Edwin says that we have the best audio system ever built for an analogue film set-up!”

About Alcons Audio B.V.
Alcons Audio is a Dutch manufacturer of professional sound systems for quality-conscious clients in the cinema, installation and rental/touring industry.   The Alcons Audio team continuously strives for obtaining the most natural possible sound reproduction at any SPL with utmost day-to-day consistency and reliability. This is achieved through a tameless curiosity combined with a fearless drive to develop and implement unconventional technologies and techniques. Alcons’ multiple-patented high-power pro-ribbon technology is just one example.