While some data remains to be collated and figures for certain territories are based only on initial estimates, the overview provided by UNIC represents the first wide-ranging assessment of the performance of the European cinema sector last year. More detailed final data on the performance of each territory will be released in Spring 2017.

European cinema-going in 2016
2016 has been a positive year for cinema operators in most European territories. Total admissions for EU Member States (where data was available) increased by 1.6 per cent compared to 2015, while total admissions for all UNIC territories* increased by 2.6 per cent, totalling more than 1.26 billion visits to the cinema.

While the increase was also the result of a wide range of highly successful local films across Europe, box office was again dominated by strong international titles, including, but not limited to, “Rogue One: A Star Wars Story”, “Zootopia”, “Fantastic Beasts and Where to Find Them”, “The Secret Life of Pets” and “Ice Age: Collision Course”.

Increase in France, Russia and Southern Europe; stable results in UK and Turkey
France saw admissions increase by 3.6 per cent compared to 2015 and achieved its second-best performance for the past 50 years. Similarly, Russia enjoyed very positive results (box office +9.6 per cent / admissions +10.1 per cent), asserting itself as the second biggest UNIC territory with over 190 million admissions.

While the UK box office increased by 0.5 per cent in 2016 – beating a record set in 2015 – admissions slightly decreased by 2.1 per cent. This was primarily due to the unprecedented success of “Spectre” and “Star Wars: The Force Awakens” in the previous year. A similar trend was observed in Turkey (box office +2.2 per cent / admissions -3.0 per cent), where the box office was once again dominated by local productions.

Admissions per capita, European film share, outlook for 2017
Admissions per capita for all UNIC territories (where data was available) came in at 1.6 visits per year, a slight 0.1 point increase from 2015. France and Ireland (both at 3.3) experienced the highest rates of cinema-going.

Due to incomplete figures for several countries, it is too early to assess the total market share for European films in 2016.

The industry looks forward to a busy and exciting release schedule in 2017, one full of promising European as well as international titles. 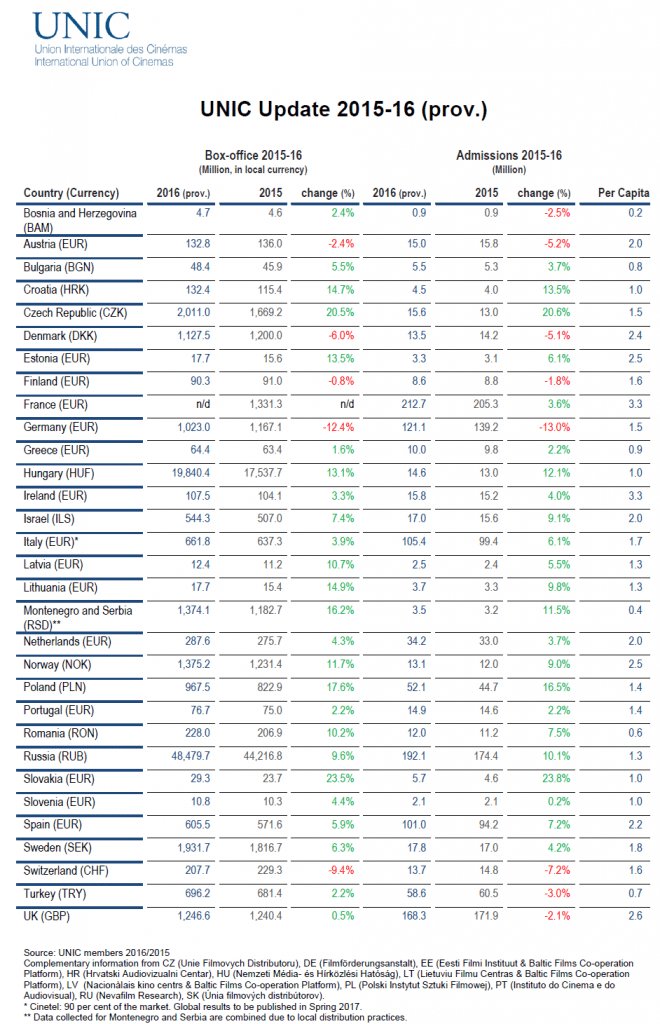 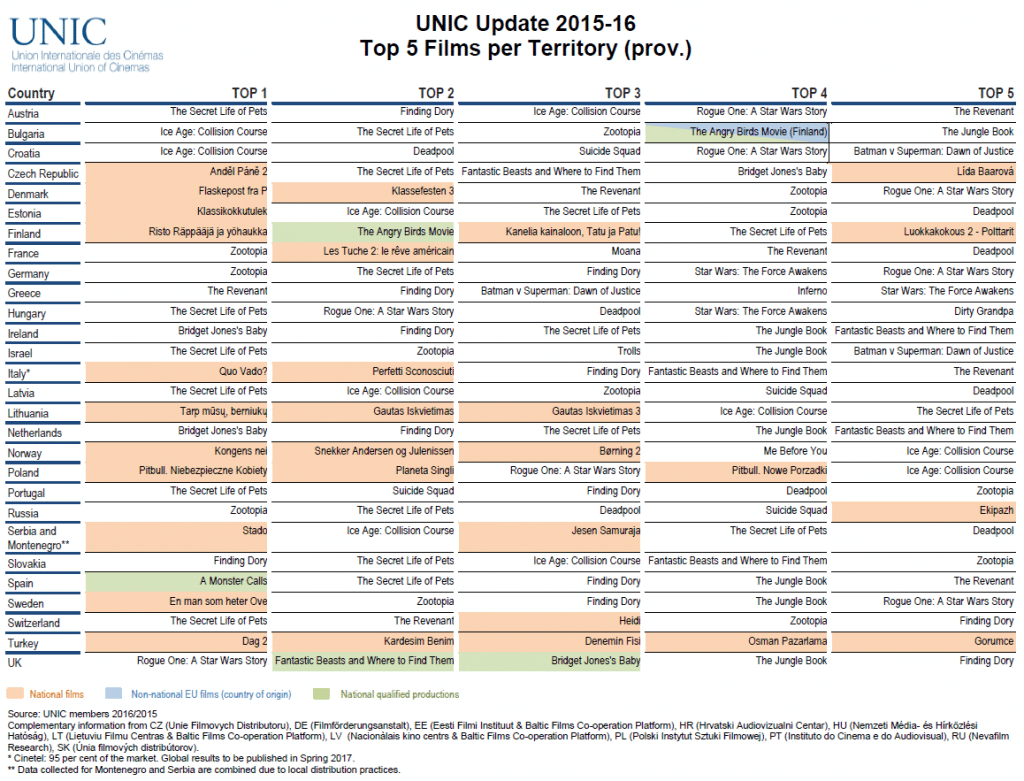